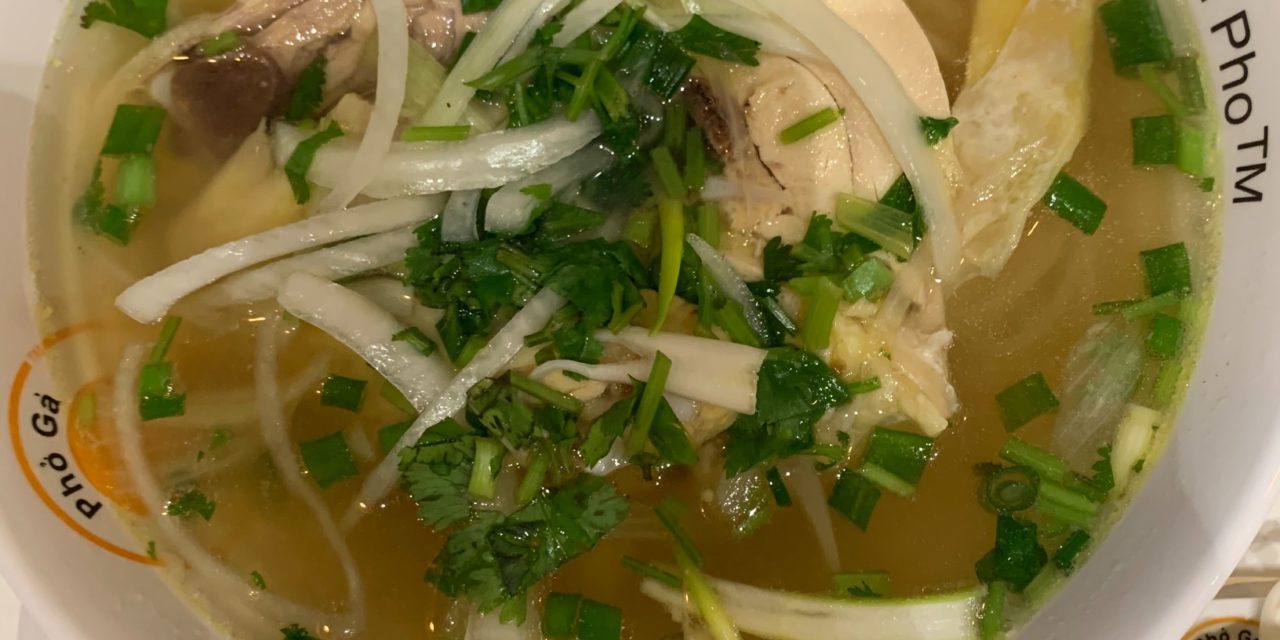 Pho Ga Tony Tony claims to focus on using high quality ingredients and creating the “best chicken soup in history.” The website also describes their pho as a dish “like you’ve never had before, so delicious you’ll cry, and so comforting you’ll feel like you’re being hugged by your grandmother.”

My friend and I arrived at Pho Ga Tony Tony the day after Thanksgiving desiring a warm meal to counter Atlanta’s cold weather. We were greeted upon entering by pictures and cartoon drawings of chickens plastered on the walls of the restaurant,  since pho ga is Vietnamese chicken soup, which we later learned comprised the entire menu.

I ordered the dark chicken meat pho along with a watermelon slushie, which the waiter failed to bring.

As we waited, our server brought us a spicy lime-flavored sauce, which I mistakenly consumed believing it was a form of appetizer. The sauce was both sour and spicy, but when used for its intended purposes, it provided a pleasant amalgamation of flavor to the dark meat chicken.

The dark chicken meat came steaming alongside the hot bowl of pho. Initially, I was wary of consuming the meat, for the wrinkly, yellow-tinted skin looked rather unpleasant. Although I have encountered strange steamed chicken skins in my numerous dining experiences, this chicken looked more bizarre than any I had seen before. 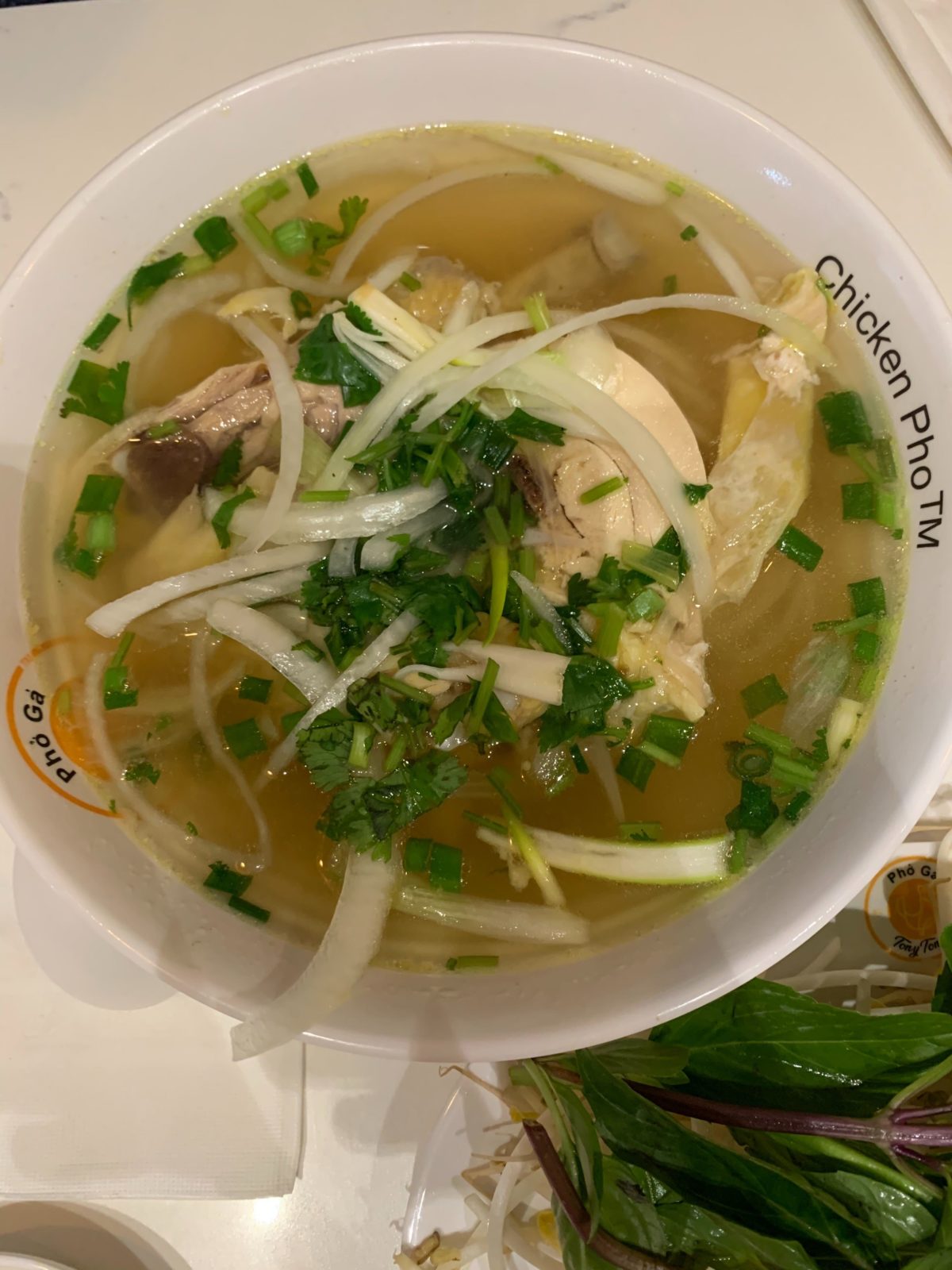 Regardless, my hunger got the best of me, and I plunged in and took a bite of the chicken meat. The dark chicken meat was tender, and the skin was both sweet and sour, making me wonder if the sauce was used to help cook the skin. The meat was delicious despite its appearance. But perhaps if the chicken had not looked so unsavory, I would have enjoyed the flavor a little more.

After my initial taste, I added the regular pho topping consisting of bean sprouts, fresh cilantro, basil and thin slices of hot green peppers. As the chicken meat stirred within the bowl, I began taking my first few slurps of the rice noodles. The chicken broth soaked the noodles, making them incredibly soft, providing much-needed contrast with the sweet and sour juiciness of the dark chicken and crunchiness of the bean sprouts. The chicken broth was refreshing, yet incredibly warm and cozy with a mildly salty and bold taste.

The restaurant’s atmosphere is fairly upbeat and humorous due to the sheer quantity of chickens posted across the walls. Some are plain old chickens. Others are baby chickens.  Some chicken pictures in the form of “chicken and egg” memes. Throughout my time at Pho Ga Tony Tony, I felt relaxed and detached from the hardships of school life as the atmosphere at the restaurant is playful and comforting.

The restaurant, which holds about 10 tables, is somewhat small. The staff was very polite, and the 10-minute wait time was reasonable, given that we dined on Black Friday. I appreciated that the staff was very professional and efficient, working hard to ensure that our meals were delivered as quickly as possible with the exception of my watermelon slushie. I also appreciated how they allowed my friend and I to relax and have time to enjoy talking to each other after we finished our meals. However, I never did get my watermelon slushie, continuing my curse of failed beverage orders.

At about $13 for a bowl, the pho is a bit pricey. While the chicken pho at Pho Ga Tony Tony was good, it was by no means exceptional, as promoted on its website. If you’re a fan of authentic Vietnamese chicken noodle soup, then consider making your way to the joint. But if you like a little more variety in your choice of pho, opt for the many other locations across Atlanta.