Recently, an international team of scientists created an embryo containing genetic information from both a human and a monkey. This breakthrough could help develop treatments for numerous diseases and grow organs for human transplantation. The creature, known as a chimera, grew in a lab for 20 days but did not reproduce. The researchers published their findings on April 15 and achieved the breakthrough by injecting human stem cells into monkey embryos and monitoring their development. This research aims to understand how cells of different species communicate with one another in vitro. However, the future implications of such research remain questionable, and ethical debates about its ramifications have fragmented both the scientific community and the general public. 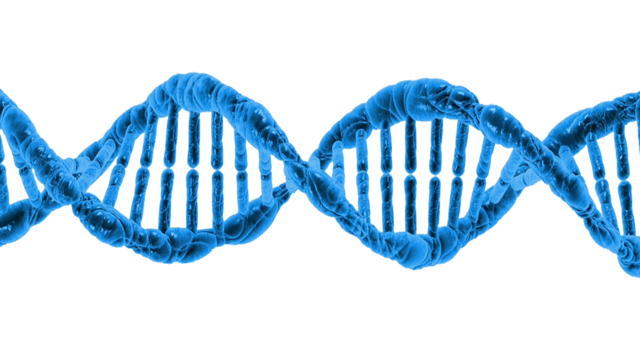 In our pandemic-ridden world, scientists are developing new ways to study diseases and solve persistent medical dilemmas, such as the current five year backlog of organ transplants. Accordingly, some scientists are considering more sophisticated interspecies chimeras as hosts to potentially harvest human organs for transplantation. While such a pursuit is clearly noble in its ends, the means are much murkier. Rejecting the breakthrough of chimera creation outright would be premature. The scientific community should be open to learning more about cross-species embryo development, as the research has major implications for organ transplantation and drug development. If cross-species embryos can be developed so that we can harvest organs from them, they would be extremely beneficial for organ donation.

However, this breakthrough raises ethical concerns, especially those surrounding sentient life, experimentation on these life forms and the precedent this work could set. Difficult ethical questions abound: would these organisms be sentient? Would they be human? Where should we draw the line of using organisms as means to an end? Would it be moral to raise sentient life for the express purpose of harvesting their components? What about raising chimera simply to have a lab creature similar to humans? Such concerns must be at the forefront of any debate on further research into chimera creation, for this cutting-edge innovation forces us to question the morality of developing part-human chimeras past the embryonic stage and into fully-fledged organisms if they are conscious beings. Nonetheless, its potential for medical treatment is impossible to ignore.

CRISPR, a new gene-editing technology experimentally used to treat genetic disorders, was a scientific development that is facing just as many ethical questions as cross-species embryos. The technology reached its most controversial point in 2018 during a scandal involving Chinese researcher Dr. He Jiankui. He flouted ethical standards and broke laws by editing the genes of two human babies, potentially without informed consent from patients who thought they were receiving the AIDS-vaccine. Even beyond the He case, debates regarding potential long-term side effects of gene editing and whether the practice could create problematic outcomes, such as reviving extinct viruses like horsepox or engineering dangerous new pathogens. The ethical implications of creating chimeras may constitute an even more contentious series of questions, as we are dealing with the consciousness of organisms, which may be used solely for the purpose of experimentation compared to the benefits of solving genetic disorders. Much of the controversy from CRISPR comes from lone laboratories or scientists crossing boundaries with their research. We must learn from this and make sure measures are in place to prevent scientists from experimenting on chimeras unethically.

But perhaps the thorniest dilemma of all is whether more highly developed organisms would qualify as sentient organisms. If these organisms are sentient and part genetically human, yet we subject them to deadly diseases and kill them for organs, we would be guilty of mass murder. To consider how such a process would proceed ethically is a tricky question, as these beings would be raised to maturity to serve as test subjects. Together with the fact that they would have no choice in the matter, how could we possibly rationalize it as humane? Moreover, these chimeras only be part-human, would they deserve human rights? Where should we draw the line between testing harmful substances that we wouldn’t on humans?

The recent breakthrough really could help mitigate long-standing, life-or-death problems like the shortage of transplantable organs and disease transmission. That premise aside, the scientific community should proactively regulate chimera technology’s applications in pathology research and as a potential source for organ donations. More concretely, the public, as this technology’s future beneficiary, has a vested interest in understanding it. For that reason, we need to both educate ourselves on its ramifications and proactively dispel the false narratives surrounding it and similar research. Scientific breakthroughs are integral to improving our quality of life, but we must also be wary of the moral implications and stop ourselves from blindly revolutionizing every obstacle in our path.