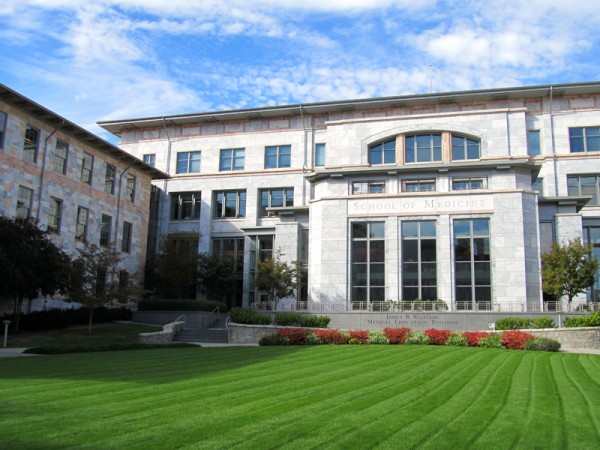 A cardiology lab at Emory School of Medicine retracted three academic papers last semester, the blog Retraction Watch reported in the fall. The lab retracted one in November and two in December, bringing the group’s total to six retracted papers since April 2011.

University investigations in 2011 led to the first three retractions, according to the blog, which is run by former editors of medical journals and covers paper retractions.

R. Wayne Alexander was in charge of the lab before he stepped down as chair of the Department of Medicine in June 2013 after 14 years. Alexander, however, remains on Emory’s faculty in the Division of Cardiology.

Emory University’s Investigation Committee conducted the investigation and found falsified images that misrepresented data, according to the notice of retraction published by the American Heart Association’s Circulation Research.

The committee reported that School of Medicine Postdoctoral Fellow Lian Zuo, a co-author of the papers, is to blame for the data misrepresentations.

In April 2011, following the first three retractions, Zuo admitted to University officials that he had fabricated data for an article published in Circulation Research.

However, the Emory University Investigation Committee “was unable to attribute responsibility for the image manipulation to any specific individual” for the most recent retractions, Retraction Watch reported. Moreover, Zuo is not a co-author on any of the recent papers.

The Emory University Investigation Committee worked with the Office of Research Integrity (ORI), wrote Vincent Dollard, associate vice president for Health Sciences Communication, in an email to the Wheel.

“The Committee determined that retraction letters were warranted, and the Committee’s final report was accepted by ORI,” Dollard said.

Dollard said the University declined to speak further on the subject.

According to Retraction Watch, the involvement of ORI suggests that federal funding was involved with the articles in question.

Retraction Watch confirmed this information in 2011 with Emory’s Associate Vice President and Director of the Office of Research Compliance Kristin West.

“We’ve done everything that we are supposed to do under our policy and under federal regulations,” West told Retraction Watch in 2011.

The student movement #EmoryCuts tweeted earlier this month about Alexander stepping down from his position and described the retractions as “highly credible accusations of fraud.”

In June, members of the School of Medicine gathered in a ceremony to honor Alexander at which University President James W. Wagner gave a speech.

“Someone [like Dr. Alexander] reputed for their humane values – not only toward patients, but toward coworkers, colleagues, those for whom he works and those who work for him,” Wagner said at the event.