Mascots are an integral part of sports fandom. It’s hard to imagine a sporting event without the over-the-top reactions of highly energetic mascots. Most mascots are cute, furry, lovable and make for great merchandise. But there are some outliers — mascots so horrifying that they elicit more fear than fun. Members of the Wheel’s sports section detailed their own traumatic experiences with some of the scariest sports mascots ever. From fan designs to threats of violence, these mascots come with harrowing pasts. These are their stories. 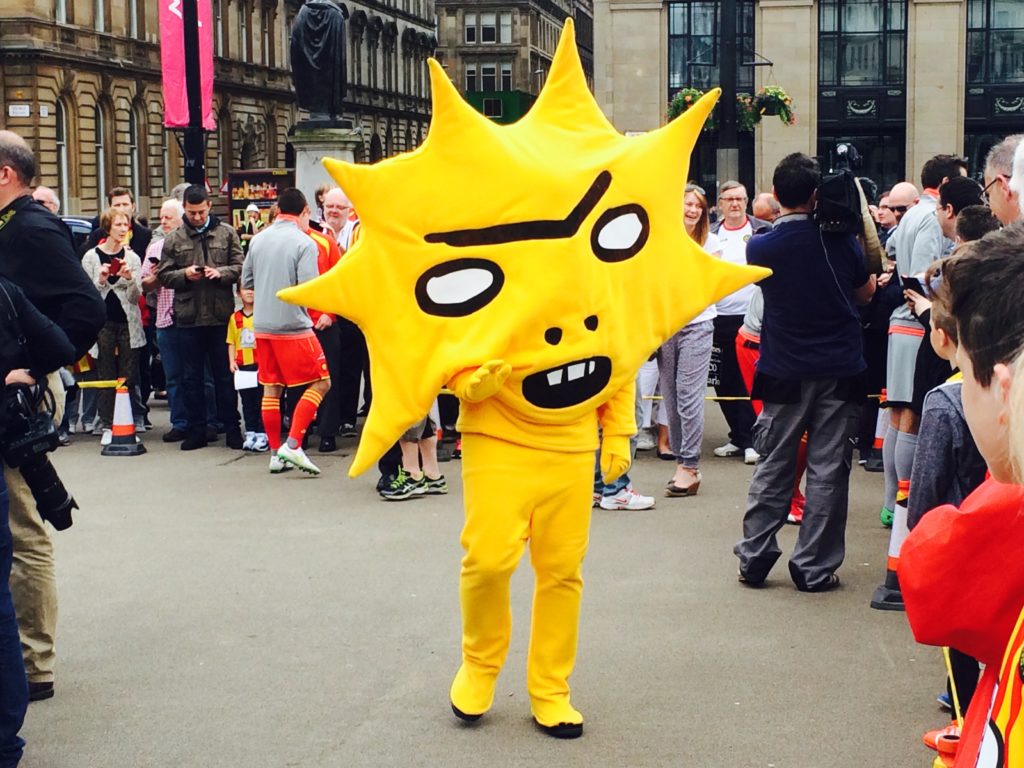 In 2015, Scottish soccer team Partick Thistle F.C. launched a fan contest for their new mascot. The resulting choice would scare even Chuck Norris, the bravest among us: a hideous, bright yellow sun, complete with a black unibrow, gaping white eyes with no pupils, giant nostrils and an open mouth with three different-sized teeth. Altogether, the mascot appears as if Lisa Simpson fell into a nuclear reactor, switched genders and, upon realizing all of her life’s mistakes, screamed in abject horror. Designed by David Shrigley, a supposedly passionate fan of the club team and supposed artist, the mascot was a collaboration with sponsor Kingsford Capital Management, LLC, hence the name Kingsley.

Despite the eye-searing bright color and the lifeless eyes, Kingsley became an internet sensation. Kingsley trended on Twitter and caught headlines across the world from CNN to The Guardian. Yet, Kingsley became an advertising and merchandising stroke of genius. Partick Thistle sold record amounts of club merchandise with Kingsley emblazoned on it, initially selling out. Despite sparking controversy and panic attacks alike, Kingsley remains the mascot of this Scottish team, proving to kids everywhere to never give up on your dreams of becoming an artist, even if you’re bad. 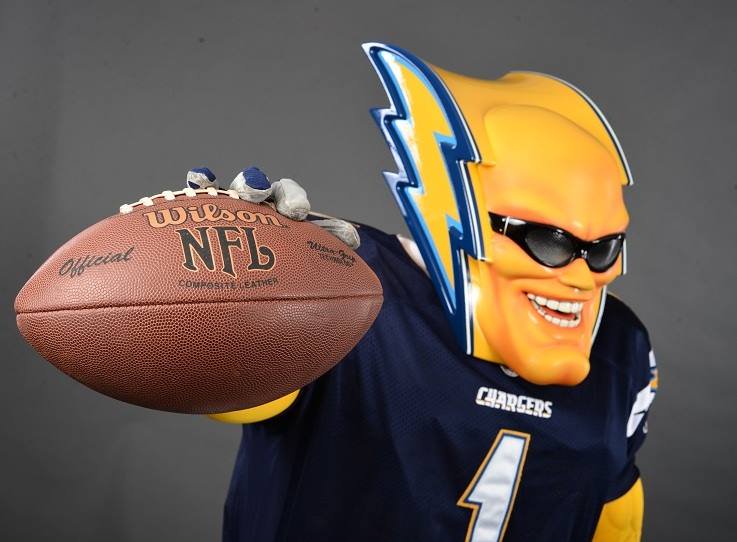 In 1994, the San Diego Chargers reached Super Bowl XXIX. Chargers superfan Dan Jauregui’s love for his team grew exponentially after their unsuccessful title run, and he decided  the team was desperate for a team mascot. The following season, Jauregui attended every Chargers home game in a dark yellow, full-body lightning bolt costume. The bolt was almost larger than Jauregui himself as it towered over his head. Named “Boltman,” the self-proclaimed mascot costume had a well-defined six-pack on his stomach, several wrinkles on his forehead and a pair of dark sunglasses, a seemingly innocuous combination that was nonetheless terrifying. The costume included large teeth that took up half of his face and looked like they could bite someone in half. Over the years, the costume evolved into only a Chargers uniform with a lightning bolt headpiece, similar to Packers’ fans cheeseheads.

Boltman was a fan-favorite for his passion for the Chargers, but was ultimately deemed too scary by everyone else. Fortunately for fans, Jauregui retired in 2018 after a lawsuit over financial compensation from the Chargers organization. Jauregui had hoped to sell the rights on eBay, but the highest bid was well short of his goal. Some say that Boltman was so spooky, he drove the Chargers out of San Diego into Los Angeles. 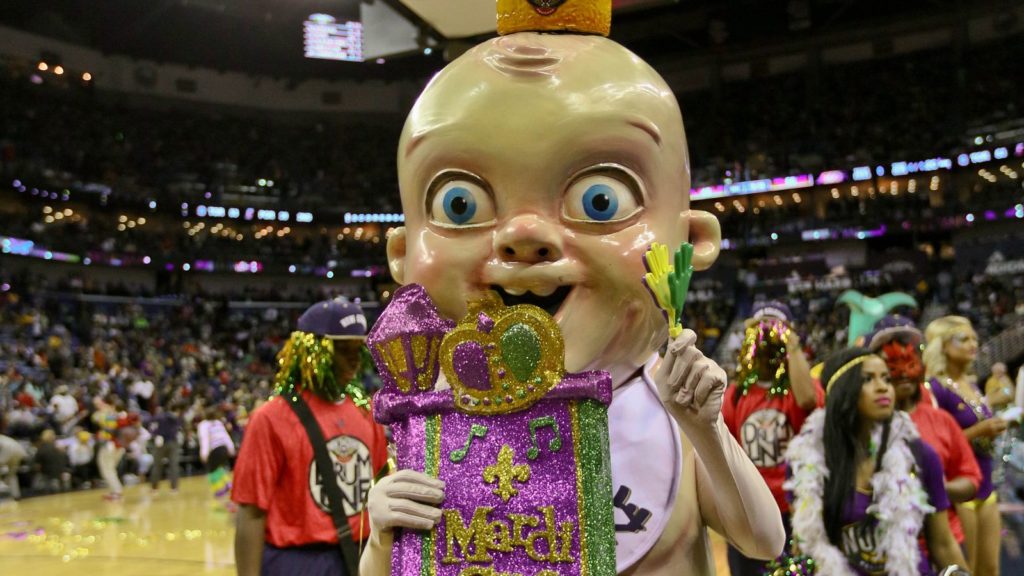 When Mardi Gras season hits New Orleans, the streets come alive with celebration, crowds gather to watch as parades pass by and people stay on their toes for the Pelicans’ King Cake Baby mascot. Since 2014, the non-blinking, diaper-wearing and Chucky doll-resembling mascot has roamed the streets of Louisiana during the annual carnival season. The mascot is based on the traditional dessert that is served during Mardi Gras. A small plastic baby is hidden within these cakes, and whoever receives the slice with the baby inside is said to have good luck. But unlike the plastic baby found in the cake, King Cake Baby is not something you’ll be happy to see. King Cake Baby has been seen scaring ESPN broadcasters, unsuspecting grocery shoppers and opposing teams.

Although King Cake Baby is well-known to New Orleans, the mascot recently made headlines earlier this year when its creator, Jonathan Bertuccelli, accused the creators of the movie “Happy Death Day” of copying his design for their masked killer. Both designs have beady blue eyes, a painted open smile and an unmatched creep factor. Despite the controversy, King Cake Baby remains an unforgettable sight to all it encounters. So remember to enjoy this holiday season, because before you know it, King Cake Baby will be back on the NOLA streets sometime in early February 2020. 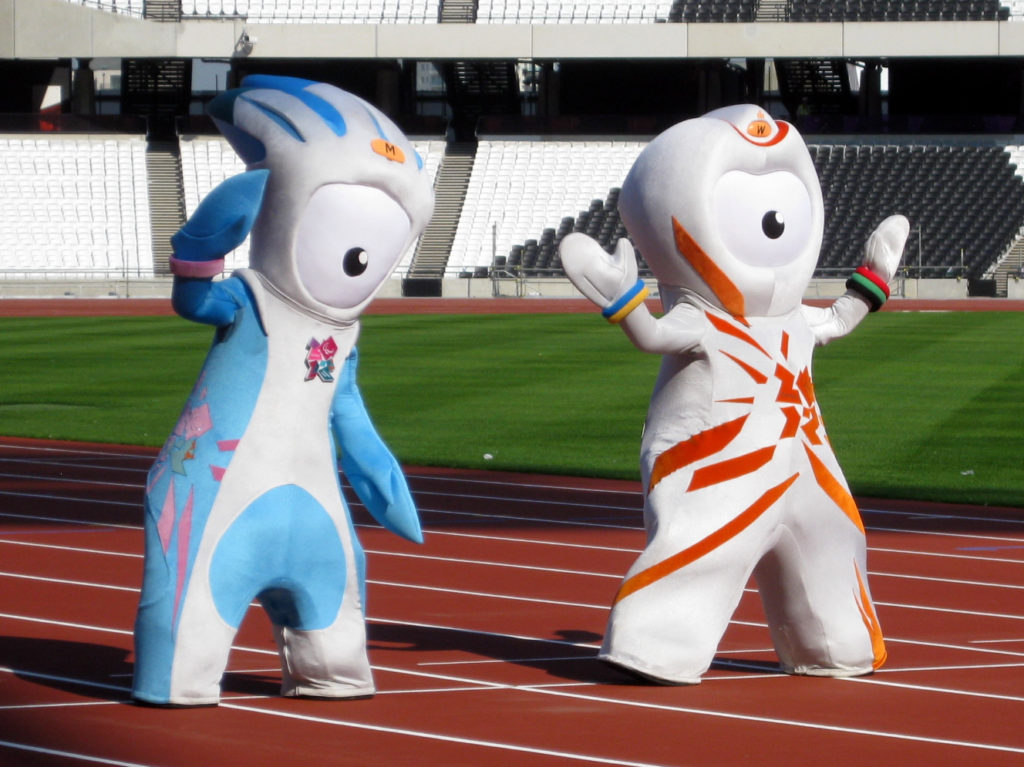 In the buildup to the 2012 London Olympic Games, Iris, a London-based creative agency, was commissioned to create two mascots, one for the Olympics and one for the Paralympics. The result? Wenlock and Mandeville.

They have been critiqued around the world, labeled as “phallic bugbears” by The Guardian and “alien-looking” by NBC Bay Area. Apparently, Iris wanted to incorporate the UK’s local steel and mining industries into the design of the mascots, a similar idea to the opening ceremony from “The Hunger Games” movie from 2012, and has a similarly bizarre and off-putting effect on the observer.

The worst part of these mascots is their strange shape and their giant, singular eye. Both mascots , but Mandeville in particular, look like metallic, rainbow cousins of the famously creepy Thumb Thumb robots from the 2001 movie “Spy Kids.” Either that, or they look like robots designed by the government to spread some futuristic, autocratic propaganda to keep the population in line using fear. The description of Wenlock’s build design on the Olympics website even says that his giant eye is a camera lens intended to film “everything he sees.” If that does not shout government-made propaganda or secret police robot, I don’t know what does. 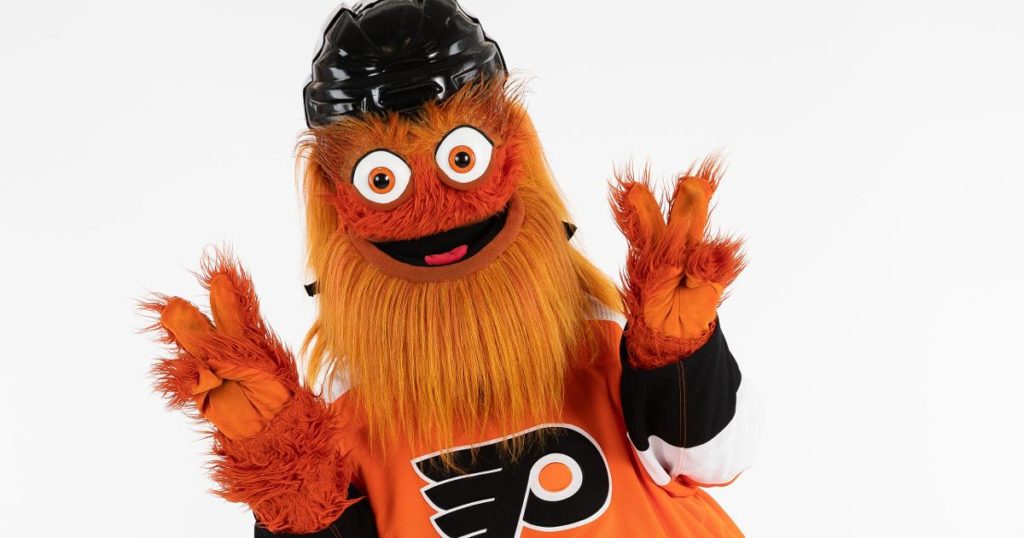 Philadelphia has always claimed the best mascot in sports: the Phillie Phanatic, a flightless bird who hails from the Galapagos Islands. But since Sept. 24, 2018, Philadelphia has also been the home of the creepiest, most haunting and, oddly, the most weirdly lovable mascot in sports — the Philadelphia Flyers’ Gritty, who likely hails from the depths of Hell. When he, or rather it, debuted, its looks were met with immediate criticism from Flyers fans. Gritty’s unkempt bright orange fur, gaping mouth and terrifying, unblinking eyes makes it look less like a mascot and more like a nightmarish demon.

But when Gritty threatened the mascot of the in-state rival Pittsburgh Penguins with implied violence, it quickly became one of the most beloved figures in the City of Brotherly Love. Like the residents of Philadelphia, Gritty is rough around the edges — maybe a little too rough. But it has an intense passion for its team that is sometimes expressed through violence and threatening acts. But Gritty’s loyalty to the city combined with its horrific looks has made it a Philadelphia icon and a figure to be feared by the mascots of the 30 other NHL teams.

Although they are haunting, we can’t help but adore these horrific mascots in inexplicable ways. Whether it be Kingsley’s three parted teeth, Boltman’s unnerving likeness to your local gym’s resident bodybuilder, King Cake Baby’s thousand-yard stare, Wenlock’s and Mandeville’s all-seeing eyes or Gritty’s unbridled aggression, parts of us wish we could give these revolting creatures a great big hug.

Photo Editor | [email protected] Forrest Martin (21C) is from Atlanta, Ga., majoring in psychology and minoring in economics. Outside of the Wheel, he spends most of his time watching or playing sports, browsing YouTube, and going out to eat with his friends. He loves going to Atlanta United games and taking photos when he can. 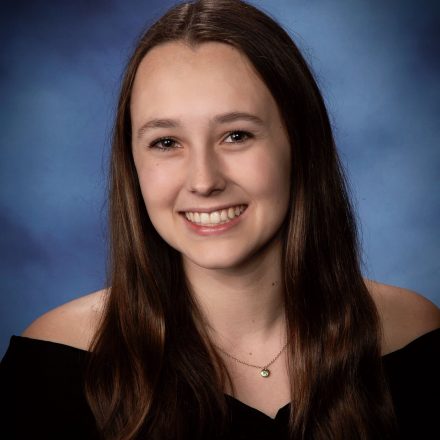