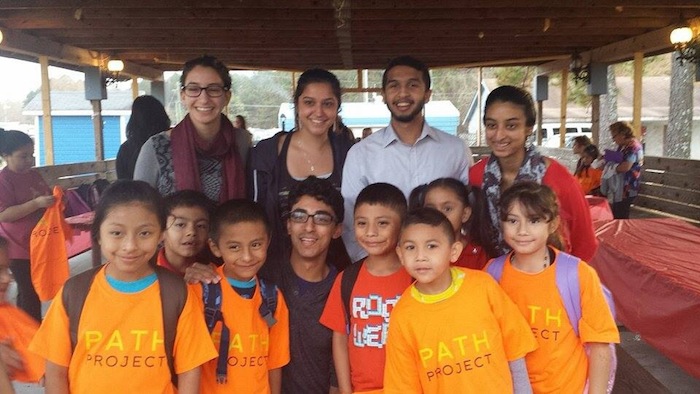 Now that the holiday season is just around the corner, Emory dance teams SaRaas and Savera are giving back in a way that doesn’t involve dancing. The two groups are sponsoring gifts for Latino children living in communities of mobile homes.

Every year, the 26 members of SaRaas presented each other with $10 Secret Santa gifts. Last year, however, College senior and SaRaas member Sagar Vira came up with the idea of using the money to buy something for the children via an organization called the Path Project instead. Emory dance teams SaRaas, Savera and Karma collaborated to make this dream a reality.

In 2013, “[Vira] was able to coordinate with the Path Project advisor at Oxford College and figure out what the kids wanted. We divvied up the kids by age group and gender and bought them gifts accordingly,” College junior and Vice Captain of SaRaas Sumaali Chheda said​. “For example, some of the younger girls got funky nail polish sets and some of the guys got cars.”

This year, SaRaas and Savera decided to buy the children Path Project T-shirts, as the children have been requesting them for some time. On Wednesday, Dec. 3, the two teams delivered the shirts to the children. Emory students arrived at the trailer park to participate in a Christmas party and help the children finish their homework.

“There were many activities planned for the kids – arts and crafts, wrapping their tutors in gift-wrapping paper, soccer games, reading the Christmas story and eating food,” Vira said. “It went really well. They appreciated it.”

While this contribution took great initiative from the two dance teams, it was mainly supported by the Path Project. The Path Project is a non-profit organization that helps Latino immigrants living in local mobile communities. Founded in 2009 in Loganville, Ga, the organization seeks to help at-risk children find their spiritual, academic and social paths. College students who collaborate with the Path Project primarily go to the communities to tutor the children in engaging ways.

The connection between the Path Project and the two Emory dance teams lies in Vira’s involvement in his first two years at Oxford College of Emory University. While there, Vira was the lead organizer of the Path Project at its Oxford chapter. Since continuing his college education at the Emory’s Atlanta campus, Vira joined SaRaas, a competitive co-ed Garba Raas team which is now raising money for the Path Project.

SaRaas performs an Indian folk dance that originates in Gujarat, India. The team is involved in approximately four to five competitions every year. SaRaas’ most recent competition was this year in Washington, D.C. at the end of November. Before that, the team performed at Emory’s Diwali celebration.

Savera, which has been working closely with SaRaas to buy holiday presents for the children at the Path Project, is also a dance team at Emory that performs a fusion of classical Indian dances. Savera also performed at the Diwali festival this semester, as well as other events such as the Georgia Institute of Technology’s (GT) Tamasha competition.

Divya Swaminathan, College senior and co-captain of Savera, said that both Savera and SaRaas are in the Indian dance circuit in Atlanta and around the U.S. and that its members are all good friends.

“We love to support SaRaas as individuals and as a dance group and they are always very supportive of us as well. We were approached by members of SaRaas and they told us about the Path Project. We thought it would be great to also get involved with a wonderful organization that gives back to the community alongside another dance team.”