This editorial comes in response to the article “ZBT, SDT Host ‘Safe Smart Dating’ Event” run in The Emory Wheel on Oct. 24, 2014. Statements to the Wheel made by members of the Greek organizations Sigma Delta Tau (SDT) and Zeta Beta Tau (ZBT) excluded LGBTQ+ identities and irresponsibly ignored the work of several organizations in ending sexual assault, intimate-partner violence and other forms of gender-based violence.

SDT and ZBT hosted “Safe Smart Dating” on Thursday, Oct. 23, a program created by the SDT national chapter in cooperation with their philanthropy organization Jewish Women International. Through interactive polls and discussion groups, students were taught about sexual assault and dating violence. Such exercises were intended to show the prevalence of sexual assault in the Emory community.

The article claimed that “[t]he program was also LGBT-friendly. The hypothetical scenarios discussed at the event deliberately used characters with gender-neutral names so that they could apply to all types of relationships.”

Gender-neutral names do not automatically make a space LGBTQ+ inclusive. In order to make inclusive spaces, all people participating must feel safe to express their thoughts and experiences without fear of tokenization, attempts to invalidate lived experiences or harassment.

Gender-neutral names do not accomplish the aforementioned goals, nor do they effectively engage LGBTQ+ students in the conversation. These attempts to include LGBTQ+ students were lukewarm at best, as using gender neutral names to represent LGBTQ+ relationships fall within the dominant heteronormative discourse by erasing non-normative LGBTQ+ identities.

The use of gender neutral names advocates for “gender blindness” in discussing LGBTQ+ communities. It promotes the idea that only same-sex relationships that can “pass” for straight ones should be discussed. Gender-neutral names do not account for all LGBTQ+ identities.

No one can determine identity from a name, and advocating otherwise promotes gross stereotypes. True inclusion challenges the current distribution of power, analyzes the basis of privilege and actively works to seek out and affirm people without privilege.

True inclusion takes time, effort and deep questioning and thought. It takes constant self-evaluation and a willingness to reject standard structures of power. Questioning the foundations of power and privilege is difficult work that cannot be accomplished in a single event.

The orientation program Creating Emory provides a good foundation for thought by deconstructing stereotypes and forcing students to confront new perspectives. However, Creating Emory alone cannot eliminate sexist and racist attitudes; it must be followed by actively participating in groups dedicated to inclusion and social justice.

This article was published three days before SAPA’s and ASAP’s largest demonstration for sexual assault awareness at Emory, Take Back the Night. SAPA has had a continuous presence at Wonderful Wednesday and has trained hundreds of students to advocate for survivors. SAPA, ASAP and The Respect Program are currently working to reach out to the Greek community. All new pledges are required to attend a SAPA 101 session. The RESPECT Program facilitates The Greek Initiative, a group of programs intended to promote sexual health and violence prevention in Greek Life.

These organizations do not seek constant validation, but by ignoring their work, Baker’s comments perpetuate the dangerous myth that survivors have few resources available for support and accommodations. Sexual assault and dating violence already isolate and disempower survivors; telling survivors that resources do not exist makes it even more difficult for them to get help.

Instead of discrediting the work of the previously mentioned organizations, please acknowledge their accomplishments and ongoing work. Ask for input from pre-established organizations. Research how to properly include LGBTQ+ students, people of color and other communities on campus in ways that do not hide identity. We need the support and cooperation of all to support survivors and end violence.

Shaina Shapera is a College sophomore from Glastonbury, Connecticut 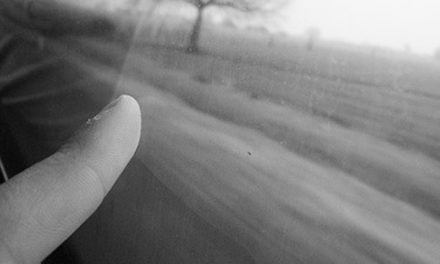 The True Meaning of Sustainability