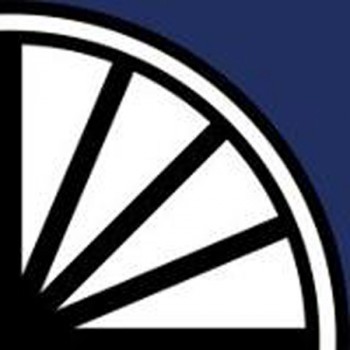 In the student government general elections last Thursday, no candidate in these three categories received a majority of the student vote.

A run-off was scheduled after the candidate or candidates with the lowest number of votes were dropped from the ballot.

Kim, who has served as CC divisional treasurer in the past year, defeated Goizueta Business School sophomore, Governance Committee Chairperson and SGA sophomore representative Ted Guio for the position of SGA vice president by a final vote of 1,033 to 705.

In the CC presidential election, Lau, the current CC chief of staff, defeated College junior and junior legislator Bisi Adeyemo by a count of 748 to 553 votes.

Chan, a sophomore legislator, won the election for the position of CC vice president over College freshman and CC freshman legislator Reuben Lack by a tally of 684 to 537.

Because “no confidence” was an option on the ballot in the CC vice presidential election, neither of the two candidates received a majority of the vote.

In the general election for SGA vice president, Guio had received 1,060 votes, Kim 937.

Neither candidate earned a majority of the vote, though, because College sophomore and SGA Student Life Chair Calvin Li also ran for the position.

Kim told the Wheel she was uneasy going into the run-off election knowing that she had received fewer votes than Guio did in the general election.

“I knew I needed to really reach out to the student body,” Kim wrote in an email to the Wheel. “Although I felt troubled about the fact that I was behind some votes from the opponent, I was confident in my campaign team and all of those who had supported me throughout.”

Lau also expressed his excitement following the announcement of his victory.

He also said he would not have been able to win the election without the support and help from his campaign staff.

The race in the general election was so close that Lau decided to continue to campaign door-to-door with his campaign staff, he said.

“My campaign team helped me adjust to be able to reach out to more people,” Lau said. “One of the things I did differently was I decided to go door-to-door and speak directly with students more, and I think that really helped. Students realized I was really looking to help them.”

Chan said he was ecstatic when he first heard the news from his friends that he had won.

“I was actually near the [Dobbs University Center] when it happened,” Chan said. “I ran down the hall, and I screamed.”

He noted that his run-off election was difficult given the abilities of his opponent.

“I was not very confident at all,” he said. “My opponent is a really strong debater, and he has been campaigning really hard, so it was really difficult going into the run-off, and I really had to step up my game.”

As for the SGA presidential election, which also did not result in a winner following the general election, the SGA Elections Board declared College junior and current SGA Representative-at-Large Raj Patel the winner over Goizueta Business School junior and SGA Chief of Staff Matthew Willis after a two-and-a-half hour meeting on Monday, the Wheel reported on Tuesday.

This article was updated at 2:42 p.m. on April 5, 2013. The College Council election results now show the total number of votes from both Emory and Oxford College.