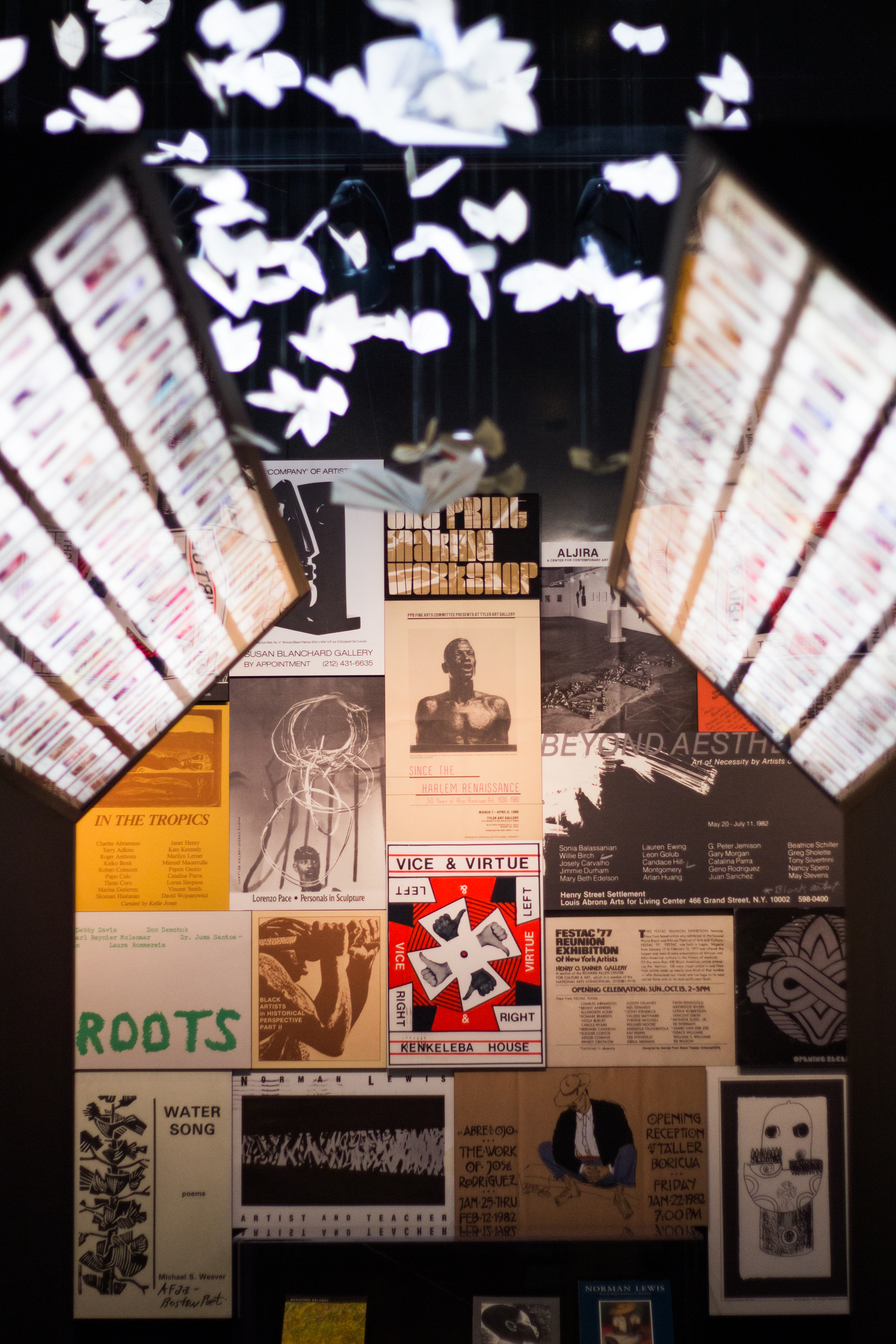 “Still Raising Hell” documents African American history and culture through thousands of rare and out-of-print books and photographs, as well as through video and audio interviews with more than 1,200 African American writers, artists, poets and cultural figures. Also included in the collection are the scripts of nearly 1,000 African American-authored plays, both published and unpublished, dating back to 1879. Additionally, the exhibition features portraits of artists, such as author James Baldwin and poet Gwendolyn Brooks, who was the first African American to win the Pulitzer Prize.

The collection’s vast array of original material is the culmination of 50 years of research and preservation efforts by Billops, a filmmaker, artist and activist, and her husband, Hatch, an author and a theater historian. The couple began donating significant portions of their enormous New York-based research materials collection, the Billops-Hatch Archives, to Emory in 2002, Burkett said.

Calling it “one of the most important and comprehensive collections of African American culture, history and politics in private hands,” Burkett said that the number of original materials makes the Billops-Hatch Archives unique.

Located in the Schatten Gallery on the third floor of the Robert W. Woodruff Library, a portion of the exhibit suspends 250 origami butterflies over viewers’ heads. The butterflies, which are constructed mainly from copies of Negro Digest from the 1960s, represent deceased black artists.

A virtual version of the exhibition also opened Sept. 15. In addition to the Schatten Gallery exhibition, the permanent installation of the Billops-Hatch Archives is also open to the public, located on the 10th floor of Rose Library.

Burkett hopes that Emory students will take advantage of the resource, especially considering that “at the center of American history is a complex interaction of white and black.”

He encouraged students to use that fuller picture of American history to improve their research, saying the materials are meant for student use.

First-year graduate student and current Research Assistant at Emory’s Center for Digital Scholarship Robert Dunn, who often uses Emory Libraries’ special collections for his research, recognized the importance of the Billops-Hatch collection.
“The contribution of African Americans to American art is huge, and it’s refreshing to see this treatment of black artists whose exposure was limited by the times they lived in,” Dunn said.