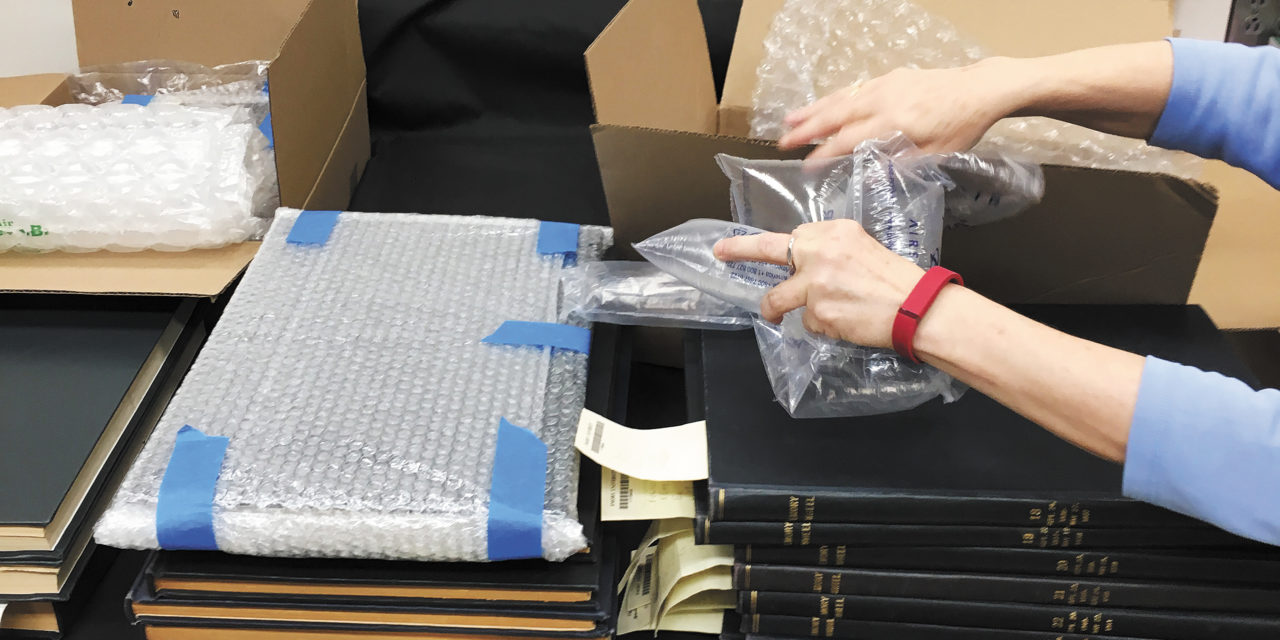 The Stuart A. Rose Manuscript, Archives, and Rare Book Library announced Aug. 22 that it will digitize all archived copies of The Emory Wheel dating back to 1919, according to a tweet sent by University Archivist John Bence. All issues of the Wheel will be scanned and made available for the public through the Rose Library’s online database, Bence said.

Archives were sent to Backstage Library Works, a scanning contractor that will capture high-quality images of the pages and use optical character recognition technology to make the text searchable. A researcher will be able to search keywords to find articles instead of sifting through individual issues.

The digitization is a result of the Rose Library’s ongoing efforts to transfer historical documents into an internet database for the public to easily search and discover, Bence said. He added that newsprint is notorious for degrading over time — digitizing will ensure that the archives remain accessible.

“[The print archives] get brittle over time, and [they get] used a lot in the [Rose Library’s] reading room,” Bence said. “The ideal situation is that we can digitize it, and people can start using the physical copies less and less.”

Researchers will still be able to view print versions in the Rose Library after digitization, Bence said.

He said that he overwhelmingly supports archive digitization but noted that some aspects of viewing print versions are lost in the update.

“I know there’s some virtue to getting the text that you lose if you’re looking at something digitally,” Klibanoff said. He added that unlike researching print documents, digital archives do not provide the same composition such as handwriting and paper type.

In 2011, archived editions of Emory’s former yearbook, The Zodiac, underwent a similar digitization process. Yearbook production stopped in 1999, but the digitization process has allowed students and faculty to continuously access the Rose Library’s online database to research Emory’s history.

Bence has enjoyed reading historical editions of the Wheel.

College senior Mack Schroeder said that he believes the Wheel will gain readers after digitization.

“I think since most people tend to read their news online, there will likely be a stronger readership if it’s more available in digital platform,” Schroeder said.
While this project is capable of achieving the Rose Library’s long-term goals of preserving and reviving historical documents, Bence said that it will take time. “One of the things I pointed out to folks is the Wheel’s 100th anniversary is coming up in 2019,” he said. “If we could line up with that it would be really great, so that’s what I’m hoping for. Fingers crossed.”