The Emory Village has needed a lot of things in the last decade: more parking, higher foot traffic to sustain businesses, sidewalks to keep pedestrians safe and, of course, better restaurants.

In the last few years, the Village has gotten a lot of those things. There’s a fancy roundabout to reduce traffic jams, stop signs to protect students who text while crossing the street and wider sidewalks in front of stores to encourage shopping. Restaurants have also been popping up, and early this semester, the Village welcomed Romeo’s New York Pizza.

With black walls and chandeliers, warehouse floors and high ceilings, Romeo’s dark interior hits a note that lands somewhere in between punk and Goth. As it should, the micro-chain that originally started in North Georgia looks and feels new.

Owner Gene Romeo comes from a family that has been making pies since 1945, but whether the food at Romeo’s reflects that long history – the answer can be a mixed bag.

There is, on one hand, much to celebrate at Romeo’s. The crust is solid – crunchy on the outside, airy on the inside –, and the cheese pizza is robust. It’s a fine treat for $2.75.

The spinach and mushroom, a slice where the toppings are laid on evenly and the garlic and spinach comes through distinctly, does Romeo’s justice. The kitchen churns out a hefty Philly Cheese Steak that could feed two hungry students, or one greedy one. It’s a lot of steak and a lot of gooey cheese and rightfully so. The wings also deserve attention, as they are meaty and tender and glorious when covered in blue cheese.

But this is where the fairy tale ends. A mound of lifeless mushrooms and soggy fried eggplant on the Vegetarian are an instant turn off. Sloppy layers of Canadian bacon and pepperoni are a bed for clumsily-placed meatball halves on the Meat Lover’s.

Should the sound of fried raviolis, mozzarella sticks or French fries get you going, do not expect anything you can’t find in the frozen food aisle at Publix: none of them are made in-house.

While it may be a stretch to label Romeo’s as a corporate offspring, one can’t overlook the fact that there are three other locations in North Georgia.

The corporate or franchised restaurant is fast becoming a mainstay in the Village. It makes sense. For years businesses have struggled to find that balance that pleases students and the surrounding community. When summer rolls around, sales tend to drop accordingly. For smaller mom-and-pop restaurants, the financial roller coaster is far too unpredictable.

Franchises, on the other hand, tend to lend themselves to a strong financial backing, solid operational structure and established reputation.

Said other ways, they have the money to weather the slow seasons, the organization to maximize efficiency and the brand to attract customers.

As these new restaurants in the Village have joined old ones, a strange trend has appeared: the new is often the same. Tin Drum Asia CafÃ© is Doc Chey’s younger, more immature brother. Chipotle Mexican Grill is the alpha dog to Bad Dog Taqueria. The Starbucks in the Barnes and Noble Bookstore has a clone a mere 50 feet away. And now, Everybody’s Pizza is worried they’re about to become nobody’s pizza with the addition of Romeo’s.

With its everyday offerings and micro-chain history, Romeo’s itself has opened at a strange time. For several years, Atlantans (and the rest of the country) have come to crave the very opposite of corporate crusts.

Does the addition of Romeo’s make the Village more diverse? No. Roma tomatoes, button mushrooms, chicken wings, salads – Romeo’s is a cookie-cutter pizzeria straight out of the ’90s, a trimmed-down Mellow Mushroom without the trivia night.

Nevertheless, there are good meals to be had at Romeo’s, and for the Emory Village, that’s a genuine victory. 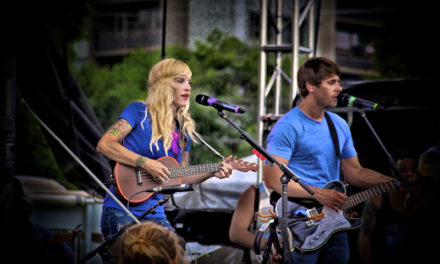 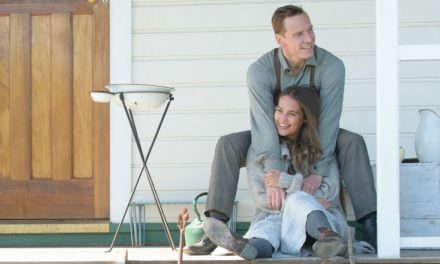