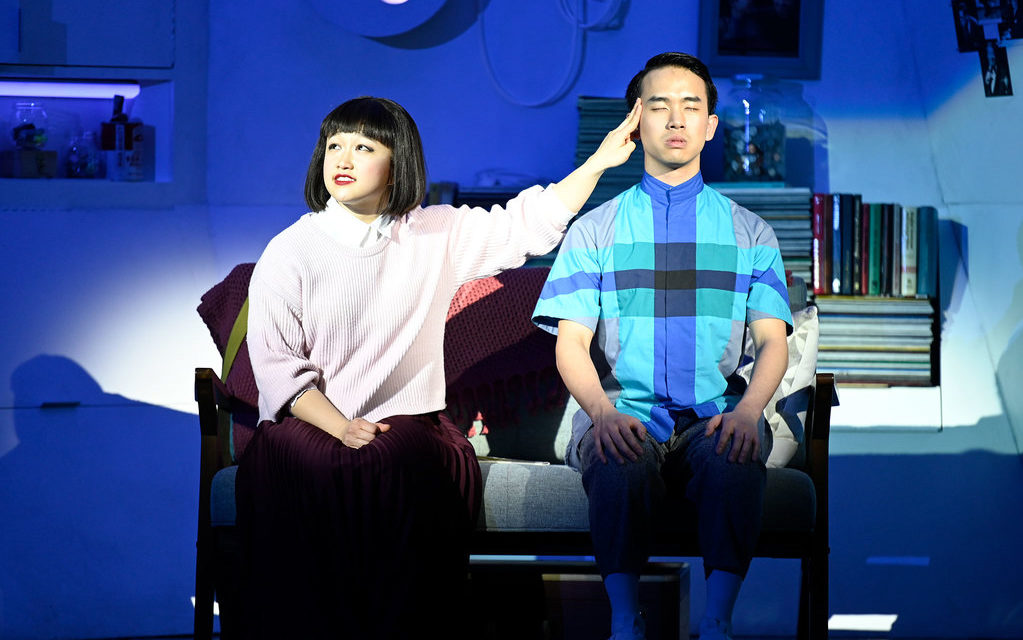 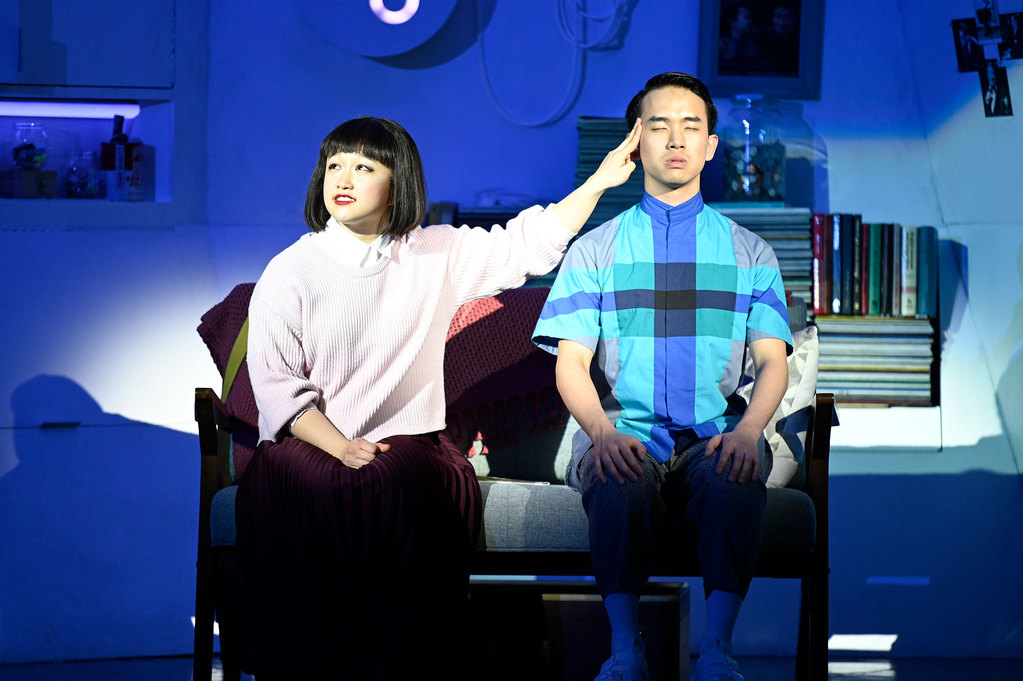 What is the future of robotics? Decades worth of movies and novels depict it as the apocalyptic end of humanity or as a nail-biting battle against evil artificial intelligence. Yet perhaps robotics’ future is achingly human, as the machines we create inherit the longing for connection, the wonders of being alive and the fears of mortality. The soft and beautiful musical “Maybe Happy Ending” imagines the latter future as two helperbots learn to relish the joys of existence while struggling with the inevitability of powering down permanently. Already an award-winning hit in South Korea, the Alliance Theatre brings Atlanta audiences the English-language world premiere of this romantic comedy musical.

In a future Seoul, Oliver (Kenny Tran), an obsolete helperbot, happily watches the world from within his room, filling his days, weeks and years with his jazz collection and “friendly chats” with the mailman while he waits for a letter from his friend James (John D. Haggerty). However, when his neighbor Claire (Cathy Ang) pounds on his door, desperate to borrow a charger before she runs out of battery, Oliver’s routine is shattered, replaced by new anxieties and possibilities. The glimpses we catch of the world around him allude to a future grimmer than Claire and Oliver seem to realize, where fireflies are functionally extinct except on one small island. Moreover, robots with clear sentience are denied basic rights. Oliver and Claire may only travel within “The Yard,” an apartment complex for retired helperbots, and are forbidden from earning or possessing human money. That Oliver and Claire are never outraged at such injustices adds a layer of melancholy to the adventures and romance they discover.

Although no single song stands out as the showstopper that you’ll walk away humming, the music and lyrics by Will Aronson and Hue Park, respectively, are well-crafted and easy to enjoy. Plenty of peppy songs like “Rearview Mirror” and “Hitting the Road” keep the one-act show clipping along, while a beautiful instrumental sequence proves one of the most evocative moments in the show. My sole critique is that, while musically lovely, the duet “When You’re In Love” undercuts what should be a climactic exchange in the following scene. The vinyl jazz records that Oliver lovingly collects come to life with the smooth voice of Dez Duron while an anguished midshow solo, “Everything Must End Eventually,” showcases the strength and clarity of Ang’s voice. Tran, delightful in his many duets with Ang, demonstrates his comedic chops throughout the show, successfully navigating Oliver’s absurdity without venturing into farce.

The creative team behind the musical deserves as much praise as the actors. The director, Michael Arden, carries impressive credentials. Arden has been nominated twice for the Best Direction of a Musical Tony Award, for the vibrant Broadway revivals of “Spring Awakening” and “Once on this Island.” Here in Atlanta, he continues his streak of directing bold and visionary musicals.

The set, lighting and projection designs — the work of Dane Laffrey, Travis Hagenbuch and Sven Ortel, respectively — use impressive technology to create the near-future Seoul. Small stacked rooms frame the stage, visually shrinking the large main stage of the theater to better fit the small cast, while projections transform the entire set to the blinking lights of Seoul or the soft glow of a sunset on rolling hills. A rotating turntable on the stage holds removable set-pieces, to smoothly transition between Oliver’s and Claire’s rooms.

Unfortunately, when stagehands move large set pieces, like the characters’ rooms, noise occasionally filters out to the audience, which is most noticeable during a poignant and quiet scene near the end of the show. Additionally, the adjustable strip light borders, used to frame the action on stage, are an interesting effect, but clearly still have some bugs to be worked out as unintentional multicolored flashing disrupted dark scenes on opening night. Additionally, the detailing of the set is inconsistent. While Oliver’s room showcases his personality, decorated with photographs and album covers, Claire’s room — which contains only a duct-taped neon bean bag, cardboard box, fairy lights and poster — fails to convey her interests or hobbies, besides that she loves the color pink. While the technical design has room for improvement, all shortcomings shrink when set against those elements that truly astound, particularly the projections.

“Maybe Happy Ending” brings an imaginative and charming story of love lost and found to Atlanta audiences. Its lovely score, astounding technical design, accomplished creative team and charming cast are each reason enough to see this show before it closes Feb. 16. If you only see one theatrical work in Atlanta this year, make it “Maybe Happy Ending.”

Tips: Last-minute student rush tickets are $10, but must be purchased in person at the box office on the day of the performance. Call ahead at (404) 733-5000 to confirm availability. Groups of 10 or more students can buy advance tickets for $25.