Decisions concerning one’s health and safety are enormously personal. As individuals, we deserve to make them ourselves after considering health-related advice and information from those with relevant expertise. Universities have no place making these choices for us, but when COVID-19 took the world by storm, Emory nevertheless did so when they directed me to leave a low-risk environment for the opposite extreme: the epicenter of the pandemic.  I returned to New York in mid-March at the start of our state-mandated lockdown order, which lasted until May 15. After battling a 14-hour time difference while participating in remote classes from 11 p.m. to 2 a.m. and taking final exams at midnight, I’ve finished my spring semester and can finally reflect on Emory’s handling of the situation.

This past academic year, I was fortunate to study abroad in Sydney, New South Wales, Australia. I lived by Bondi Beach and fell into a routine of attending class, swimming in the ocean and meeting new people from all walks of life. As the spring semester began, COVID-19 continued to spread across the globe, but I felt safe and protected in my remote residence in Australia. The virus had hardly grazed my environment. However, on March 13, I awoke to an email from the Office of International and Summer Programs (OISP) calling all students studying abroad to return home because of the coronavirus pandemic. At the time, Australia was host to only 156 reported cases, while the U.S. had logged over 1,500.

I was nervous to return to New York City, which had already declared a state of emergency on March 7. I heard about the deserted streets, closed businesses, lack of testing and palpable fear. There were even people living in my apartment building who had the virus, 12 of whom soon passed away. Flying back to the U.S. seemed daunting — the prospect of a 25-hour journey through three major airports terrified me. Abiding by the Centers for Disease Control and Prevention’s (CDC) “shelter in place” directive, instead of contributing to the societal spread of this virus, felt more prudent. Remaining in Sydney, where I had local family and a greater ability to self-isolate than my Manhattan apartment offered, seemed safer.

After expressing these concerns in an email to the directors of OISP, they informed me that if I didn’t comply with their policy, I would not receive academic credit for the spring semester. Without forgoing the tens of thousands of dollars that I had already paid for the semester’s tuition, I had no choice but to pack my bags and return home. Emory reassured students studying abroad that they would provide financial assistance to help us return home by covering flight costs. When it came time for financial reimbursement, however, Emory officials retroactively created loopholes to escape this commitment. Some students found their needs neglected, while others had their entire flights paid for. For example, they reimbursed only my airline’s tax cost, which was $83, leaving me to pay for the flight.

Emory’s failure to take personal circumstances into account as they sent study abroad students home represents a broader pattern of inflexibility. Emory acted based on their own risk assessment, but mitigating their risk exacerbated mine. Administrators should have considered individual cases more seriously instead of issuing a blanket directive. In the future, I urge them to work with students closely in order to reach the best conclusion for varying situations.

In order to study abroad, I signed a plethora of legal documents ceding many of my rights to the University. If I hadn’t signed them, I would not have qualified for the opportunity. When the pandemic struck, I asked to sign a waiver releasing Emory from any responsibility for my well-being so that if I were to stay in Sydney, as I had wished, they wouldn’t be liable for any issues that came my way. My request was denied.

Emory’s actions were hypocritical. If their intent was to ensure their students’ safety, why were they rigidly disregarding obvious evidence that I was safer where I was? Not once did they try to compromise.

I have no regrets: studying in Sydney was a life-changing experience for me. Students should be aware, however, of the control that Emory demands and understand the ramifications of those lost rights. As stated in the study abroad participation waiver, “if, in the University’s sole discretion, the situation in a country is too dangerous or is otherwise not conducive to an effective study abroad experience [the student] may be asked to leave the country and will not receive academic credit if [the student] do[es] not follow such direction.” And yet, if we look at the evidence, Australia was (and still is) a considerably safer place to be than the U.S. during the pandemic.

By the time I returned home in mid-March, New York state had recorded 30,811 cases, as compared to New South Wales with just 818. Australia has largely managed to contain the virus by listening to experts, preemptively shutting down international borders and quickly implementing social distancing policies. By July 18, in a country of about 25.5 million people, only 118 have died from COVID-19. Australian life is moving forward, with schools, retail stores, restaurants and bars reopening without a spike in cases; they have earned their status as a global success story. The U.S., on the other hand, is still unable to control the virus; new epicenters are appearing, over three million Americans have tested positive and almost 140,000 have died. I have no doubt that Emory’s decision to send me home increased my personal risk of contracting the virus and potentially endangered my family and those I came into contact with.

Many may have justifiably supported Emory’s directive to send students home. When COVID-19 began to force lockdowns nationwide, circumstances were fluid and unpredictable. Decisions had to be made very quickly, including the one to close Emory’s campus. There was even talk of U.S. borders being closed, and students were right to fear being stuck in hard-hit countries such as Italy or China. Many of those who left these countries ultimately ended up returning to safer environments. Therefore, in their cases, Emory’s decision made sense.

In my particular situation however, Emory put me at an unnecessary risk and forced me to choose between my health, finances and academic progress. OISP, along with Emory’s senior leadership, should have done more to protect students in unique positions like mine. As a University that markets itself as always taking individual needs into account and not treating students as mere numbers, Emory should have done better. We pay more than enough tuition to expect individualized attention. It is my hope that OISP will reexamine their response to crises so that if presented with a similar catastrophe in the future, they will delve deeper into individual concerns and prevent issues like mine from arising again. 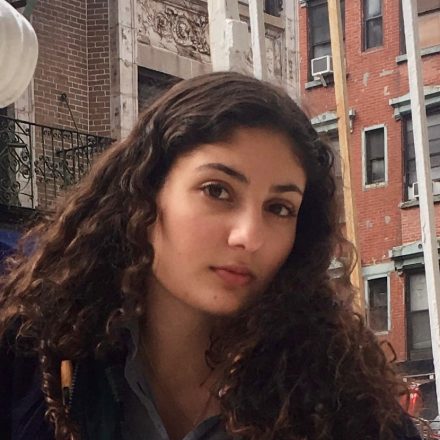 Tamar Sidi (21C) is from New York City. She is majoring in English and creative writing. In her free time, she enjoys writing fiction, listening to music on city walks and daydreaming about her next travel destination.