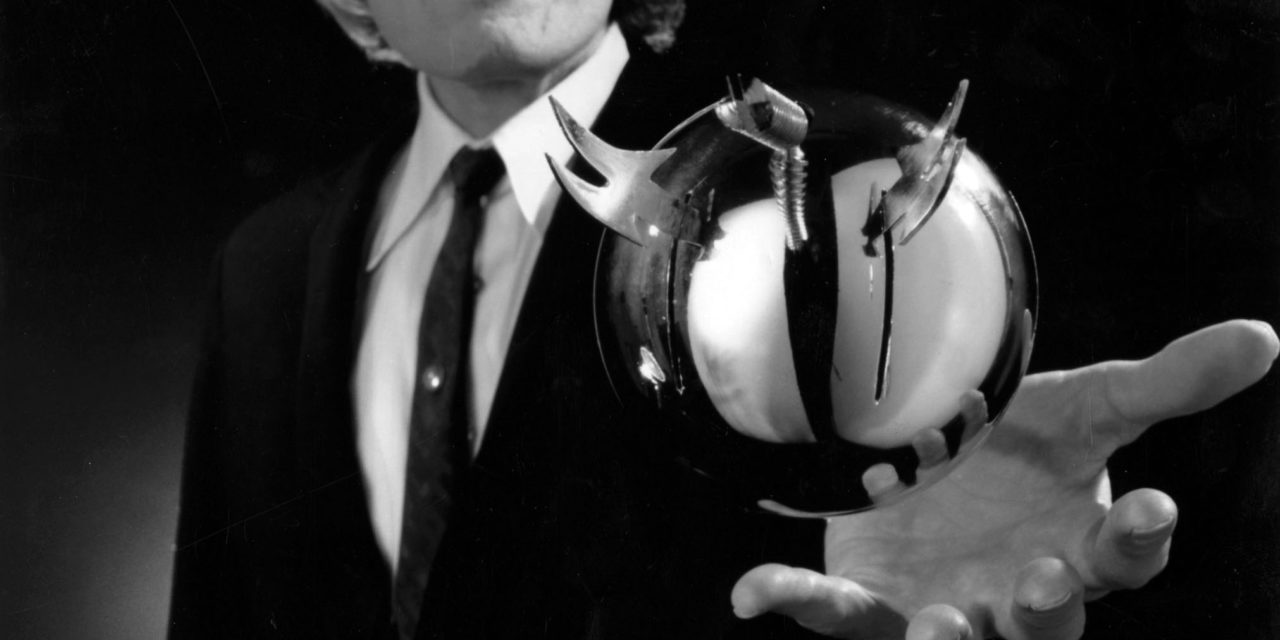 It’s October, and you know what that means: horror movies. Whether it’s the chill creeping into the air or nights getting longer, something about this time of the year just makes horror movies feel right. While I would contend that horror movies are fantastic year-round, they’re even better under the auspice of the Halloween season. Fortunately, the Plaza Theatre is running a series of cult classic horror films throughout October, kicking off their run with Don Coscarelli’s 1979 masterpiece, Phantasm.

The film centers on 13-year-old Mike (Michael Baldwin) and his older brother, Jody (Bill Thornbury), who live together after the deaths of their parents. Following the death of one of Jody’s friends, Mike begins to notice weird phenomena surrounding the local funeral home, especially the local mortician (Angus Scrimm) whom Mike sees stealing bodies from graves. Discovering that the mortician, or “Tall Man” as Mike calls him, is turning the bodies into an army of dwarf zombies, Mike enlists the help of Jody and their childhood friend Reggie (Reggie Bannister) to stop Tall Man before he can take over their town.

Though Phantasm has been cemented within the horror community as an iconic horror film of the late 1970s, Tall Man has never achieved the same level of pop cultural notoriety as Michael Myers or Jason Voorhees, despite there being five films in the Phantasm series. So why didn’t this film catch on with the mainstream audience?

The film makes no sense. Phantasm doesn’t play out like a film, but rather a feverish dream, plunging you into a never-ending series of nightmarish sequences that you hopelessly attempt to make sense of after waking up. The film’s plot operates under a sense of dream logic, blurring the lines between reality and surrealist horror. Characters frequently wake up to find that their previous experiences were all a dream, but then these same horror elements show up moments later. For instance, a scene ends with Mike waking up from a dream in which the Tall Man is chasing him, only to find the Tall Man looming over his bed in a graveyard. The scene then cuts away to a completely unrelated scene as if the previous events didn’t happen. It’s a very disorienting experience that puts-off viewers, but it’s an effective use of atmospheric horror to tell the “story.”

What makes Phantasm so unnerving is that it circumvents conventional horror aesthetics and targets something else entirely: our childhood fears. Framing Mike as our youthful protagonist allows Coscarelli to explore a child’s perception of death and loss. Tall Man serves as Mike’s boogeyman, always lurking behind him in the shadows and invading his dreams. The hallways and rooms of the funeral home are white and sterile, emphasizing the sense of isolation and coldness that death represents to a child.

A horror film is only as good as its terrifying visuals, and Phantasm’s imagery packs a punch. For a low-budget independent film, the cinematography and visuals are phenomenal, especially in the re-mastered cut released this year. Coscarelli’s use of backlighting and over-saturated color palette are more polished than ever in this gorgeous 4K restoration. Everything from the yellow zombie blood to the eerie red lighting of Tall Man’s dimension have been lovingly cleaned up in this new print. However, the restored film doesn’t fall into the common trap of cleaning the print too much, so makeup and matte painting lines are still obscured enough to hold our suspension of disbelief.

Despite having no big-name actors due to it being an independent film, the acting is solid across the board. Scrimm cuts an imposing figure as Tall Man, with his natural lankiness and stone cold expressions, not to mention his booming voice. Baldwin is the highlight of the film as Mike, bringing a Spielberg-esque youthful naivety to the proceedings. His relationship with Jody is the heart of the film, and he sells the hell out of it. He’s able to flip between quiet aloofness and temper tantrums with ease, portraying a realistic teenager grappling with his emotions. Banister’s Reggie is the film’s comedic relief, providing levity as the film continues to get more ludicrous. After all, he’s a shotgun-wielding ice cream truck driver gunning down zombie dwarves!

If Phantasm has one flaw, it’s in the ending. I won’t spoil the plot twist, but if you’re an avid horror buff, you’ll probably call it in advance. While it could be argued that the film’s disregard for internal continuity of any kind allows for this kind of ending, I’ve always had an issue with the abrupt shift in tone of the film’s final moments. While your mileage may vary on how much you think it fits the rest of the film, it does not detract from the film’s masterful buildup to that point and will not be a deal-breaker to most new viewers.

Horror films that rely on chilling atmosphere and visuals are a rare treat these days, so I highly recommend checking this one out before it’s gone. It’s rare that a horror film gets under my skin, but even I was looking over my shoulder walking out of theater, expecting to see Tall Man lurking in the shadows. Phantasm is moody horror personified, and with the new restoration out, there’s never been a better time to see this overlooked classic.

The Plaza Theater will be running Phantasm until Oct. 6.