ResLife and Alpha Phi Omega Unite to Help the Homeless 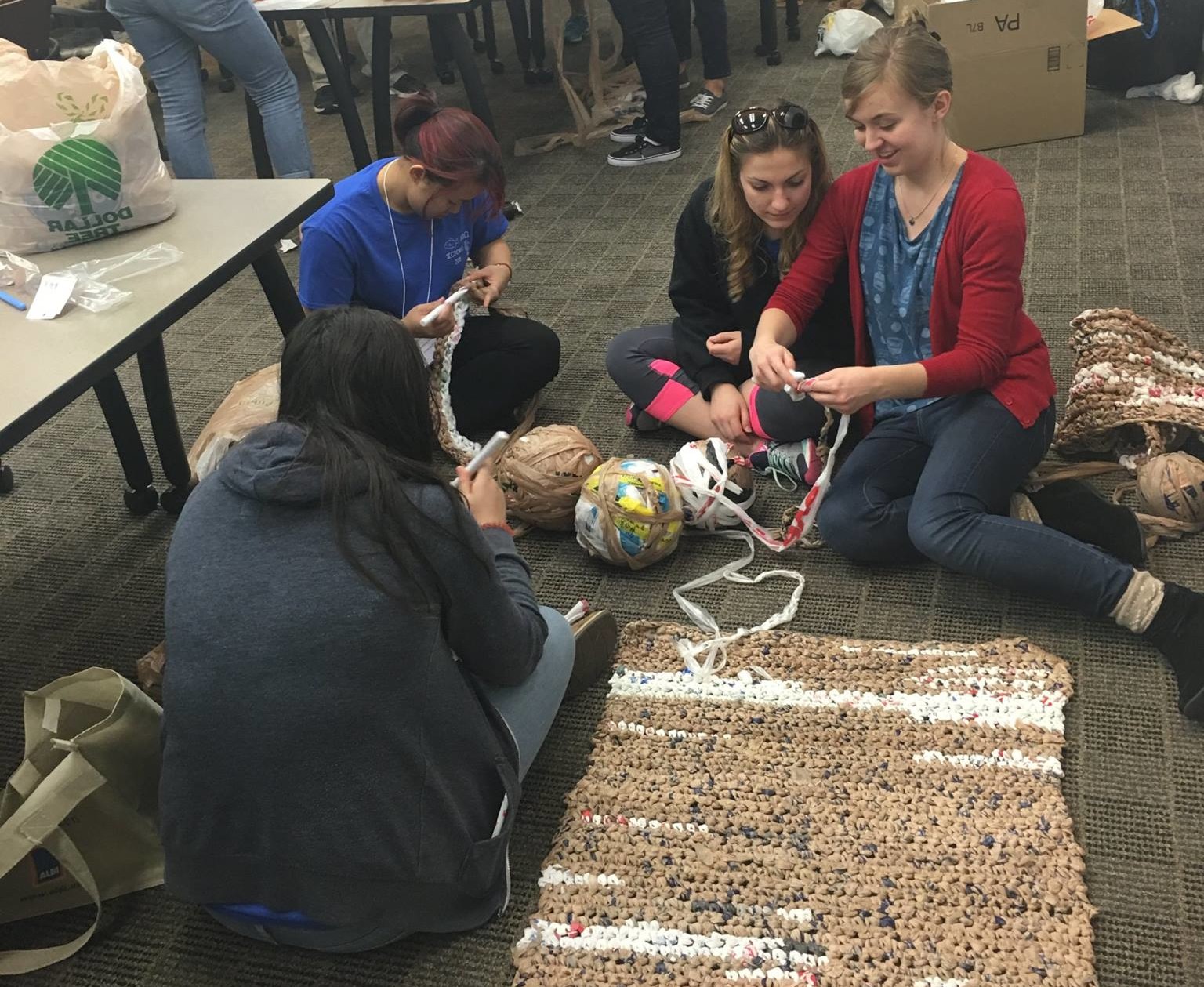 Brothers of Alpha Phi Omega (APO), Emory’s co-ed service fraternity, and the residents and staff of Evans Hall came together last Saturday to create sleeping mats out of plastic yarn from plastic bags collected over the past two weeks throughout campus. The groups then donated the mats to Church on the Street, a local homeless shelter that distributes sleeping mats to the homeless of Atlanta.

“PLARN” refers to the plastic yarn used to create the mats and also serves as the name of APO’s project. It stands for “Protecting Life And Respecting Nature,” which reflects the desire to not only fight the homelessness epidemic, but also protect the environment from harmful effects of plastic bags.

The success of this work is due to the efforts of two members of APO, College juniors Claire Richardson and Jasmina Solankee. Richardson first came up with the idea of making these mats when she saw a photo of them online right before winter break. She thought the mats might be able to positively impact the Atlanta community, so she decided to attempt to make a mat herself.

“I wanted to see if it would work first, so I just started [collecting] bags from all my friends, and then I eventually made my own mat,” Richardson said.

After noting the comfort and durability of the mat that she created, Richardson decided to do a little more research to see if the mats could serve a purpose in Atlanta. She found plenty of information about the homelessness epidemic in Atlanta and realized that these mats could make a difference.

“There is a really bad underservice of beds in the Atlanta area,” she said. “If every single bed in every shelter was filled on any given night, there would still be about 1,700 people on the streets without a place to sleep.”

Additionally, Richardson values the positive impact collecting these plastic bags could have on the environment. Only five percent of plastic bags manufactured are recycled, she added.

“Not many people realize how much life is threatened by plastic bag entanglement,” Richardson said. “A huge number of sea turtles die every year from entanglement [with ocean plastic].”

After her discoveries, Richardson took the mat she made to APO to see if this was a project with which the fraternity wanted to be involved. Her fellow members loved the idea, and she presented her PLARN idea in February at the Alpha Phi Omega Sections 76 and 77 Conference, which included all APO chapters in South Carolina and Georgia, where her idea to began to spread.

After her presentation, plastic bag drives and mat making events were held on various college campuses around the country, including Georgia Institute of Technology and the University of Arkansas.

A few weeks ago, after working with the PLARN initiative through APO, Solankee, APO’s incoming chapter president, and a Resident Advisor (RA) in Evans Hall, decided to create a program for Residence Life and Housing (ResLife) where residence halls participated in a plastic bag drive and then held a mat making event on April 2 to assemble the physical mats.

After the success of this drive, Richardson and Solankee are looking to grow their partnership between ResLife and APO.

“It’d be something that’d be really cool to do, especially after the success of the program we just worked on,” Solankee said. “It’s definitely something we’d like to get all of campus involved in.”