After the departure of former Atlanta United FC Head Coach Gerardo “Tata” Martino, uncertainty surrounded Atlanta United. And to make matters worse, Martino’s replacement, Frank de Boer, has given credence to the uncertainty. Under de Boer, Atlanta has failed to record a win in Major League Soccer (MLS) after four games this season and currently rank at the bottom of the Eastern Conference. Given that de Boer was fired from his last two managerial positions after failing to get early results, the manager has a mountain to climb to ensure Atlanta United is not yet another one of his failures.

Even by the standards of an average MLS team, Atlanta is off to a nightmarish start in 2019. The team lost their opening game to D.C. United 2-0, tied two games in a row at home and were most recently shut out by the Columbus Crew SC on March 30 with a score of 2-0.

Atlanta’s underwhelming results pale in comparison to United’s four wins in their first five games at the start of the 2018 season. Moreover, Atlanta has not gone three games without a win since the 2017 season. In the face of skepticism from the media and fans regarding de Boer’s managerial pedigree, de Boer has thrown gasoline into the fire by suggesting that United fans are spoiled after the unprecedented victories of the past.

“Of course [Atlanta fans] were a little spoiled with the results of last season,” de Boer said after the tie with FC Cincinnati. “Everybody expected [similar results], and that’s also normal.”

Although de Boer later apologized for the error in translation from Dutch to English, Frank de Boer has a dubious managerial record that will not offer encouragement to the Atlanta faithful. De Boer recently become infamous for first getting fired after 85 days in charge of Inter Milan in 2016, and then getting the boot after a record five Premier league matches as manager of Crystal Palace F.C. in 2017.

There was bound to be an adjustment period after Atlanta lost arguably one of the most overqualified MLS managers in history, and United have struggled to adjust fully. Whenever a new manager is hired, their new tactics often clash with the former manager’s approach. Managers want to assert their own influence on the team rather than simply copying their predecessor. As such, Martino’s successful attacking style has turned into a slower, possession-based approach. It is unclear if de Boer intentionally changed Atlanta into a possession-based team, since he admitted that he did not want to drastically change Martino’s attacking tactics.

Despite managerial failures, de Boer was undoubtedly a legendary defender for teams like Ajax, Barcelona, and the Netherlands National Team, while notably he served an immaculate cross-field pass for arguably the best World Cup goal ever as the Netherlands beat Argentina 2-1 in the quarterfinals of the 1998 World Cup. De Boer must draw from his experience excelling against the footballing elite, in addition to his managerial achievements with Ajax, guiding the team to four straight Eredivisie (Dutch league) titles, in order to steer Atlanta back to winning ways.

Dutch “Total Football” will undoubtedly influence de Boer’s efforts to recapture success. Total Football encourages positional versatility, maximum possession of the ball and frequent passing, while Martino’s style did not emphasize possession but rather quick, rapid counterattacks. Unfortunately, Total Football does little to defend against the claim that soccer is just kicking a ball around with no purpose, and for non-traditionalist fans, games can become boring. That being said, an evolved version of Total Football nicknamed “tiki-taka” did help the Spanish national team lift their first-ever World Cup in 2010.

However, unlike Spain, the results have not yet come in for Atlanta, and the squad has struggled to adapt to de Boer’s Total Football. Former U.S. men’s national team defender Alexi Lalas perfectly summed up Atlanta United’s situation on his State of the Union podcast.

“One of the most exciting and entertaining [MLS] teams ever assembled is … boring,” Lalas said. “If you are going to win and be boring, you can get away with that, but if you are going to be boring and not win, then you have problems.”

Despite de Boer’s experimenting with formations, from playing three defenders in a 3-4-3 or 3-5-2, the forwards have looked flustered. Prolific goal scorer and forward Josef Martinez has been starved of passes, while midfielder Gonzalo “Pity” Martinez has been forced to take questionable shots outside the penalty box, unable to find passing lanes or penetrate opposition defenses.

Not only has Atlanta United failed to win, but the Five Stripes have lost their trademark incisive attack. Atlanta fans had become accustomed to watching their midfielders unleash rapid counterattacks with perfectly placed passes while their forwards dribbled past any defense to score with clinical accuracy. This offensive firepower is what captivated fans and gained the team victories, and United direly needs to reignite it if they wish to salvage this season.

In their first four games, Atlanta has scored a dismal two goals, tied for worst in the MLS. Unlike other teams such as Atletico Madrid that can scrape by with boring 1-0 victories through solid defense, Atlanta United does not have the same defensive talent to secure victories with such close scoring margins.

Overall, United has built a brand of smashing expectations and records. De Boer will not last long if his playing style does not get the same accolades as Martino’s. The expectation from Atlanta fans is high, but de Boer should have realized that Atlanta fans crave success and will fervently support their team. De Boer must rise to the occasion after accepting arguably the toughest MLS managerial position. The two-week break before facing New England Revolution on April 13 will be a welcome relief. During that time, de Boer must reflect on the team’s failures and build a plan that optimizes their offensive strengths, even if that comes at the expense of his own possession-based coaching philosophy. 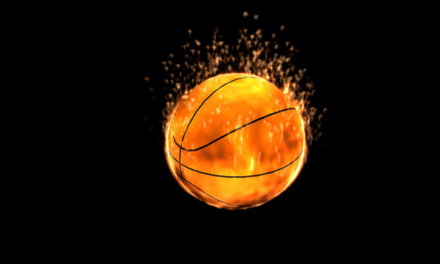