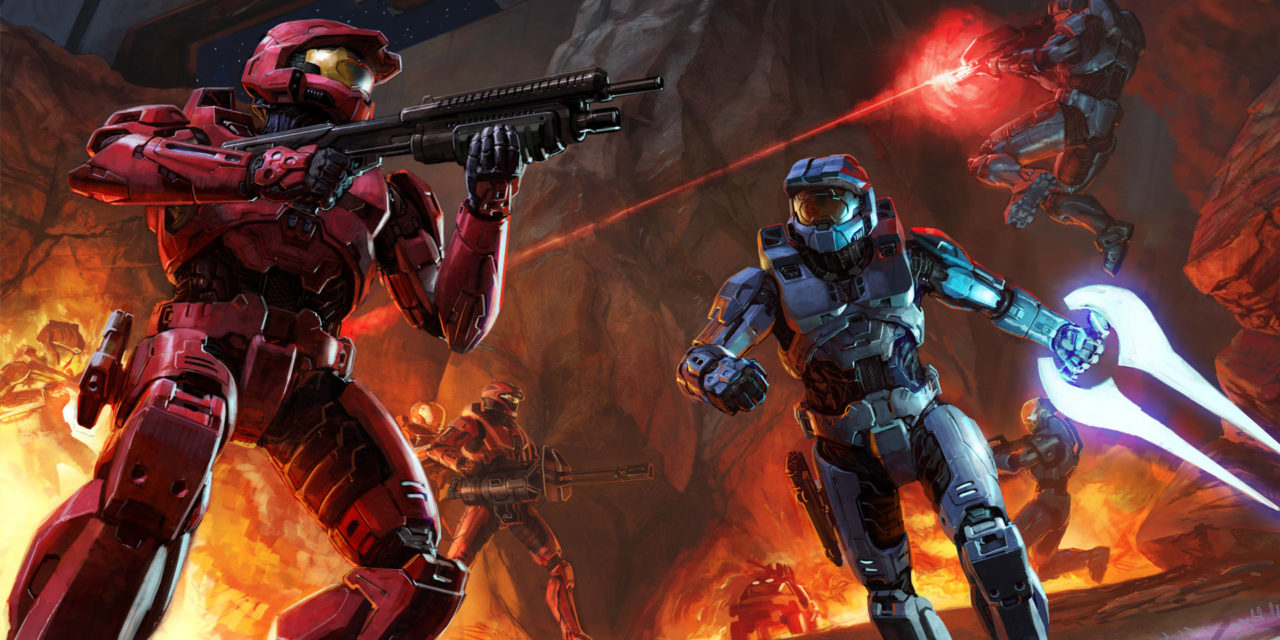 Spanning 14 seasons, Red vs. Blue (RvB) holds the distinction of being one of the longest web series of all time and a series that grew up with the gaming industry and the Internet culture that surrounds it. Initially filmed in the multiplayer mode of Halo: Combat Evolved, the series embraced the limitations of video games and even poked fun at them

Unsurprisingly, people were drawn to the wisecracking inhabitants of this fairly drab Blood Gulch canyon in the game. Creators Burnie Burns, Gus Sorola and Geoff Ramsey succeeded in creating distinctive characters, including the Blue Team’s ever-irascible Church, womanizer Tucker and typical dumb rookie Caboose. On the other (Red) side of the canyon, they crafted the lazy, out-of-shape Grif, his disapproving, Southern-accented superior Sarge and Sarge’s doting assistant Simmons.

Although it was already easy to sympathize with the indifferent, ever-weary characters stuck in a pointless conflict, and although the series could have simply continued with its madcap comedy, Rooster Teeth Productions ensured that the series evolved over time, allowing fans to retain interest in the series rather than grow out of it. While Halo developer Bungie, Inc. was quick to cooperate by coding its future games to encourage the creation of machinima (a genre of movies created through video games), Rooster Teeth began hiring animators such as Monty Oum and musicians like Trocadero specifically for their series. They even used motion capture technology for more advanced scenes and special effects.

All the leaps in technology also allowed RvB’s story arcs to become more complex. As the show’s followers grew as a result of its sophomoric comedy, the series widened its scope with lore and emotional arcs and allowed the Reds and Blues to evolve. Several miniseries between the first five seasons of the series also introduced “Freelancers,” another faction of skilled warriors who were neither Red nor Blue, and artificial intelligence units that helped run their equipment. The Freelancers went on to star in many of the motion captured scenes in later seasons of RvB, and served to set the original events of the series in motion.

All this development led up to the finale of the 13th season in 2015, in which the Reds and Blues were preparing to fight for their lives on a ship, named the Staff of Charon, against legions of soldiers sent to kill them. Right before the battle was set to begin, Church sacrificed himself in the hopes that his death would save his friends’ lives. As the familiar Blue protagonist blinked out of existence, computer screens cut to black and the credits rolled.

Fans screamed over season 13’s cliffhanger and obsessed over how Rooster Teeth would resolve it. Of course, they were somewhat disappointed to hear that the following season would not be returning to the events aboard the ship. However, after years of serialized and intense storytelling, it’s nice to see RvB decompress for a season and go back to its light-hearted comedic roots. This current season also distinguishes itself as an anthology covering the entire RvB timeline. Using all the different games (Halo: Combat Evolved, Halo 2-4 and Halo: Reach) and motion capture softwares like Pacer that the series has employed over the past 13 years, the current season deepens the RvB universe by delving into character origin stories, covering different Red and Blue conflicts across the universe and showing alternate takes on our beloved characters (even going so far as to gender bend them).

The current season of RvB also features guest writers from within and outside of Rooster Teeth. Author of sci-fi novel Ready Player One Ernest Cline contributed to an episode, as did YouTube company RocketJump Studios. One might also recognize Amber Benson of Buffy the Vampire Slayer and the Game Grumps (another YouTube gaming crew) as guest stars in episodes of season 14.

With its diverse cast and evolution to match the times, it’s no wonder why RvB is the longest running American internet-series in history.