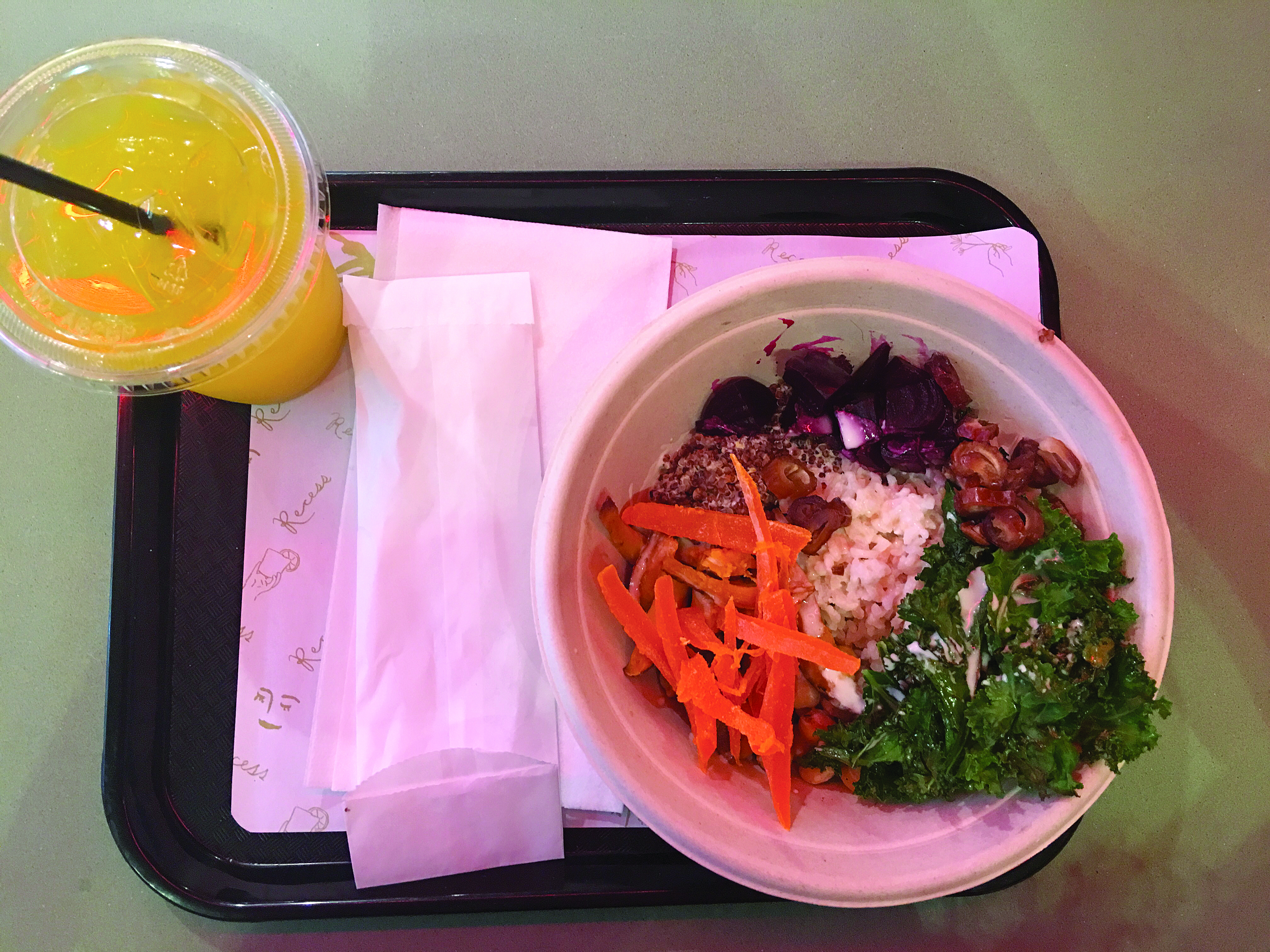 Recess in elementary school often meant shuffling a kickball around the schoolyard or hiding from lunch monitors in the trees. As I grew older and the other aspects of my life lost the innocence of post-lunch play, I found myself looking to those simpler times for comfort. Much to my chagrin, Krog Street Market’s new lackluster grain bowl location, Recess, taints my childhood memories.

Atlanta’s few days of sun last week put me in the mood for something fresh and greens-based. To get our veggie fix, a friend and I headed to Inman Park’s Krog Street Market, a 1920s warehouse converted into a trendy congregation of fine-casual dining options.

I opted for Recess’ most popular order according to the cashier, the Super Bowl, which is composed of coconut brown rice and quinoa layered with kale, chickpeas, sweet potato, pickled beets, dried mango, dates and tahini. I also ordered a Turmeric Tonic, a zippy soda water spiced with ginger and turmeric. We took our trays to sit at the bar.

The standout ingredient was easily the kale, which was well-salted and roasted, but I wished I had more than just the few leaves. The coconut rice was hearty, but ill-matched with the quinoa. The dried mango was interesting, its texture similar to chewy candy, but didn’t seem to belong in what was supposed to be a healthful bowl. The sweet potato, dates and tahini were almost nonexistent. 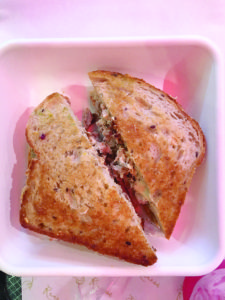 Similar to some children on the brink of adolescence who still attend recess, the Super Bowl was trying way too hard. The ingredients tasted good individually but clashed with each other, and I had a difficult time synthesizing a cohesive flavor profile. The fluorescent dried mango tasted too artificially sweet to go with the more Mediterranean flavors of the chickpeas and tahini. The pickled beets tasted canned and artificial compared to the full-bodied crunch of the kale.

My friend was dissatisfied with his Chick Flick sandwich, as the chicken was too dry, but he enjoyed the hummus that came with it, as well as his hibiscus lemonade.

Recess makes for a colorful corner of the otherwise rustic and urban market. Customers can either seat themselves at a slate-colored bar where they are served restaurant-style, or order and pick up their food. The open kitchen imitates a 1950s diner. The different colors and interior styles made Recess seem like several different food vendors; I almost didn’t realize it was all one entity.

Recess’ menu was as confused as its aesthetic, as it included four different bowl options as well as salads, toasts and sandwiches. The menu seemed to pander to the Gen-Z hipster in me, with ingredients buzzwords like “kale,” “turmeric” and “kombucha” conspicuously jumping out. I was disappointed by the lack of a create-your-own bowl option, or a vegetarian protein. Egg, chicken, lamb or salmon can be added to any bowl, but I would’ve liked to see a tofu or lentil choice, especially from a vendor that claims to be “vegetable-centric.”

With each bowl priced at $9, Recess fits into a market of upscale grain bowl restaurants like Upbeet. However, I found the portions meager.

Recess exerts too much effort in innovative ingredients and concepts, and loses sight of what actually tastes good. Anyone can make a bowl out of the Oreo cookies, veggie chips and Clif Bars in my dorm room, but that doesn’t mean they should. I prefer the use of fresh, simplistic ingredients to create a more flavorful, healthful grain bowl. 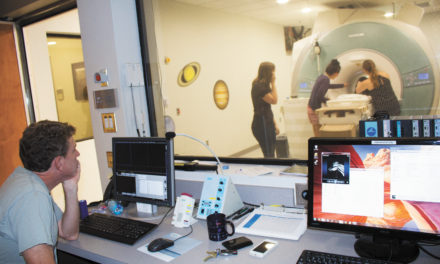