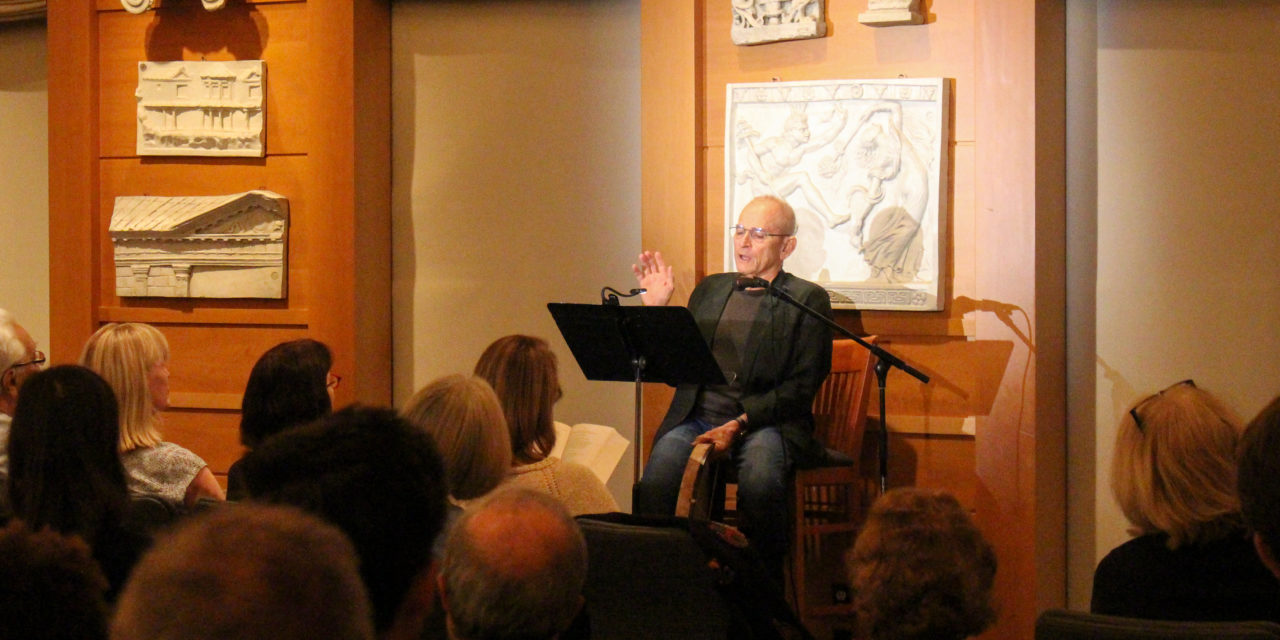 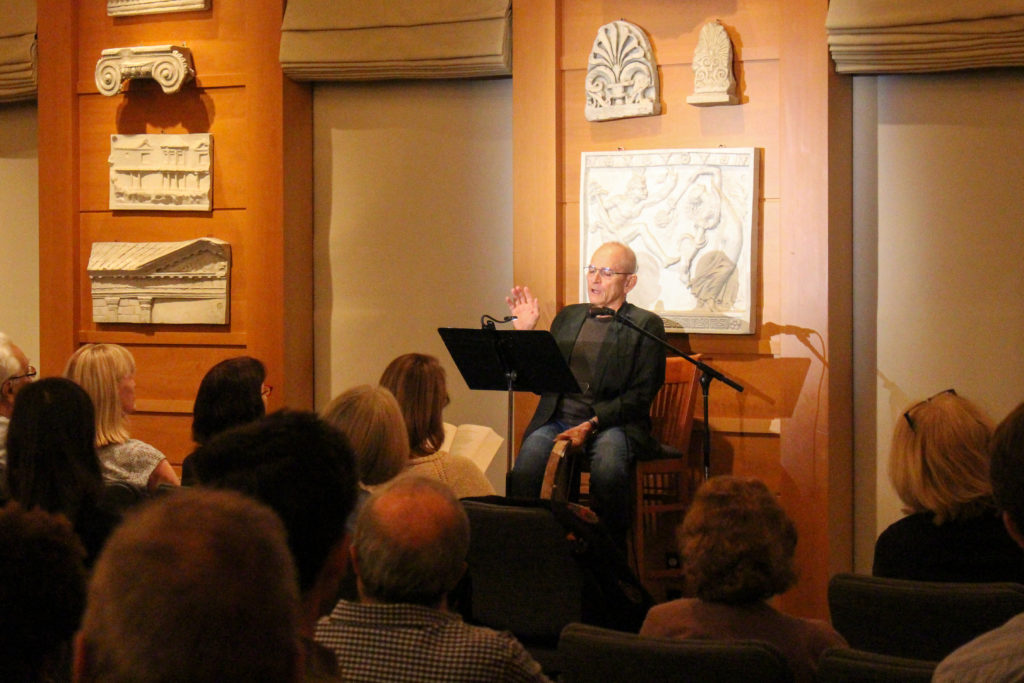 As Nick Fesette, assistant professor of theater at Oxford College, chronicled the epic clash between the Trojans and the Greeks, the room rumbled from the turbulent thunderstorm clashing just outside.

It was as if Zeus himself had come to electrify the event.From Sept. 13 to 15, the Michael C. Carlos Museum collaborated with Theater Emory and Georgia Public Broadcasting to host a live reading of Homer’s “Iliad,” as translated by Stanley Lombardo, professor emeritus of classics at the University of Kansas. Lombardo also lent his voice to the event’s proceedings by narrating several books of the poem. Ackerman Hall’s stone decorations, engraved with images of ancient combat, and its fragments of Greco-style pillars made it the perfect location for the event.

When asked why he chose to contribute to the long list of “Iliad” translations, Lombardo explained that he “just fell in love with Homer.”

“I was a poet, took Homeric Greek, and I had never read poetry like that,” Lombardo said in an interview with the Wheel. “I heard a voice that was not like any other poet’s voice I had ever heard.”

He explained that his translation is made for performance, unlike other versions of the “Iliad.”

Listeners of the reading shared the reverence for the classical world, as several noted their experiences researching Greek history. Many attendees followed along in personal copies of the “Iliad” during the performances. Even Ébrik Coffee Room contributed to the Homeric spirit, assembling a menu of “Iliad Specials” that included Greek classics like dolmades and olives, hummus and baklava.

Though an outside observer may have scoffed at the thought of listening to a bunch of people recite a nearly 3,000-year-old text for four hours at a time, the performative reading was lively and exciting. It featured a revolving door of readers, each designated to a specific book or section of the epic poem. The readers, mostly Emory faculty from the Classics and English departments or members of the Atlanta theater community, each presented the story in a different style. This setup offered variety over the three-day reading, keeping listeners engaged in the dynamic performances. While Lombardo narrated with a riveting intensity that imbued immense gravitas to the epic, Emory Cahoon Family Professor of American History Patrick Allitt read his section of Book 2 with a bouncy energy, offering the poem a lightness that contrasted with the later, bloodier books of the story.

Even though the “Iliad” is thousands of years old, Lombardo argued that audiences can still connect with the story. According to Lombardo, the poem “expresses the human condition, which does not change through the ages — it gets at the heart of what it means to be human.”

Though some students may read the “Iliad” begrudgingly if it’s assigned in class, the epic’s oral presentation at the Carlos Museum provided the story with a powerful resonance and emotional weight that is often lost on the pages. The live reading of the epic poem captured just why the “Iliad” has withstood the test of time and how it will remain relevant for millennia to come.