The Wheel asked its readers to submit questions regarding Emory’s response to COVID-19. Our staff has compiled a list of our answers to your questions based on available information.

If you have more questions, submit them here.

Question: Where are they going to put the students who are approved for extension in housing?

Students who have been approved to stay in Emory housing for the remainder of the semester will reside on Clairmont campus, according to a March 20 email from Senior Director of Housing Operations Elaine Turner and Senior Director of Residence Life Scott Rausch.

Students who currently live at Clairmont and have been approved to stay in Emory housing are allowed to remain in their rooms.

According to the email, students will be assigned to single rooms but there may be other students residing in the apartment. Students will have until March 24 at 5 p.m. to move their belongings to Clairmont campus.

Question: What will happen to students who have to continue class online in different time zones?

According to a March 16 email from the Office of Undergraduate education to all students, classes will continue to be conducted at regularly scheduled times.

However, some instruction may be a combination of “asynchronous” and “synchronous” class sessions, which students should expect instructors to offer for their courses.

“If any of the arrangements communicated by your instructors pose significant difficulties to you (e.g. time differences, lack of reliable internet), please reach out to them and explain your concerns,” the email reads.

Question: Why does Emory want us to travel to campus to move our stuff and then travel home if they want us to “reconsider domestic and international travel”?

Students can also allow parents, family members and other helpers to gain access to residential spaces by emailing the building supervisor with helpers’ names. The helpers must have the student’s name and Emory ID number in order to move out for them.

If you have not moved out of your dorm by March 23, the University will contact you to discuss what should be done to your belongings. Emory movers will be available after March 23 to pack students’ belongings and ship belongings to students’ homes or into storage provided by Storage Squad.

The University has canceled 2020 Commencement activities, according to an email from University President Claire Sterk to graduating seniors.

“Cancellation of the on-campus activities is, at present, the one option that ensures the safety and well-being of our Emory community members,” Sterk wrote. “We must be proactive in our mitigation efforts against COVID-19.”

The decision was “difficult, but absolutely necessary,” Sterk wrote. Emory is still planning to “commemorate” the Class of 2020, though no specific details were provided.

A petition to host delayed commencement activities reached 1,000 signatures within a day of its publication on March 12, according to graduating senior Mahaa Mahmood (18Ox, 20C), who created the form. The form has 1,479 signatures as of March 16.

Emory in February had previously announced civil rights lawyer Bryan Stevenson as the 2020 Commencement keynote speaker. Stevenson had previously spoken at the University in October 2018 to discuss inequities in the criminal justice system in the United States with former death row inmate Anthony Ray Hinton.

Question: Why are research labs still operating during the closure?

All non-essential research is to ramp down by March 23, according to an email sent to all Emory faculty on March 18.

All essential research will be identified at the school level and faculty must submit requests for “consideration to proceed for ‘essential research’ ” no later than March 20, according to the email.

Research groups are “encouraged” to maintain the structures of their teams and continue to charge salaries for researchers to research grants as they transition to remote work. Federal guidelines state that salaries for remote research are allowable at this time.

Question: Will there be refunds for leftover Dooley Dollars and housing?

Student accounts will be credited for unused housing, dining, athletic, activity and parking fees. Institutional fees and services that will still be available to students, such as health-related fees, will not be reimbursed.

On March 23, Campus Life will begin identifying which students have moved out of the residence halls and Student Financial Services is expected to process funds by around April 1.

According to the University’s website, Emory will not be issuing refunds for tuition costs because instruction will continue online for the remainder of the semester. 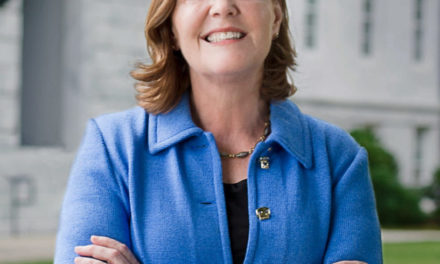 Emory Needs to Do More for Its Students’ Academic Anxiety