Over the last several years, the music industry has seen a dramatic rise in rap music. Not only has rap surpassed rock as the most consumed music genre in the U.S., but rappers have also played an increasingly important role in politics. Most notably, though, rap has become ingrained in professional sports.

Many teams across different sports have team-affiliated rappers. Some are even so associated with their teams that it is difficult to imagine certain franchises without their token rapper. The Toronto Raptors’ bench would be incomplete without Drake sitting on the edge. State Farm Arena would be horribly boring without the Atlanta Hawks games’ signature rap performances.

The Hawks, while known for their up-and-coming star point guard Trae Young, are also known for their tight bond with the rap community. On Feb. 20, the Hawks held “Quavo Night,” where the game was complemented with performances, games and gear. Quavo from the hip-hop group Migos is one of many rappers who are fans of the Hawks. Another partner of the Hawks organization, 2 Chainz, became a co-owner of the G League team, the College Park Skyhawks.

2 Chainz was born and raised in College Park, Georgia, where the Skyhawks play, adding personal sentiment to this new partnership. The hometown partnership came with authentic marketing strategies including the hashtag, #TrueToAtlanta. Embracing his hometown may have enhanced the fan experience, as the NBA found the Hawks ranked first in overall game experience for the second year in a row. Getting rappers such as 2 Chainz involved in the Hawks franchise is proving to be beneficial; now, the Hawks just need to be in playoff contention.

17 years ago, @Outkast blessed us with their iconic album “Speakerboxxx/The Love Below.”

Although the Raptors lost forward Kawhi Leonard to the Los Angeles Clippers, the team will never lose their faithful Toronto born and raised rapper Drake. Drake has proved to be a staple member of the Raptors organization, known for his enthusiastic reactions and interactions with players. His hometown love for the Raptors separated him from the average fan, leading to his position as the Raptors’ official global ambassador. Drake has fully embraced his role as ambassador, inspiring alternate Raptors’ jerseys and team advertisements; he even has his own locker in the Raptors’ locker room. Not only does Drake add swagger to the team, but the team has made the NBA playoffs every year since their partnership began.

Proving to be a positive force for the Raptors franchise, Drake has also released music in honor of the team. After the Raptors won the NBA championship in 2019, Drake released two songs, “Omertà” and “Money in the Grave.” While known for referencing basketball in his previous songs with lyrics such as “Back to back like i’m Jordan ‘96, ‘97” in his song “Back to Back,” Drake brought a new sense of pride to Toronto with the release of his songs in 2019.

Although the fictional boxer Rocky Balboa has remained a Philadelphia icon, the spotlight is now being contested by rapper Meek Mill. Meek Mill’s song “Dreams and Nightmares” has now been dubbed the greatest Philly sports anthem ever. Previously incarcerated in 2017 for drug and gun charges, Meek Mill’s sentencing inspired the movement #FreeMeekMill. This movement was not only to invoke justice for Meek Mill, but also to call for racial justice in the criminal justice system.

The Philadelphia 76ers formed a relationship with Meek Mill, stemming from the friendship between the rapper and 76ers owner Michael Rubin. Players such as guard Ben Simmons, center Joel Embiid and former guard Markelle Fultz would accompany Rubin to visit Meek Mill in prison. After supporting his cause and building a relationship, the night Meek Mill was released from prison, he attended a Sixers game to receive the honor of ringing their ceremonial bell before tip-off.

Evidently, rappers’ influences stretch farther than just the music industry. Being such cultural icons, rappers are using their platforms and fueling their passions for their hometowns. As Drake said in his speech at the Raptors’ 2019 championship parade, “I love each and every one of y’all; I hope you enjoy this moment, like I said you deserve this in the best way possible. Make some noise for your team: the greatest in the world.” 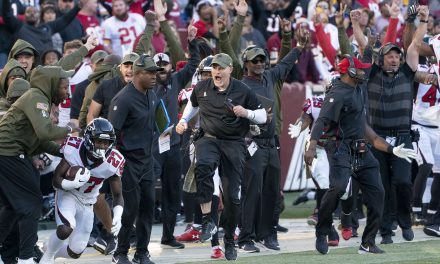