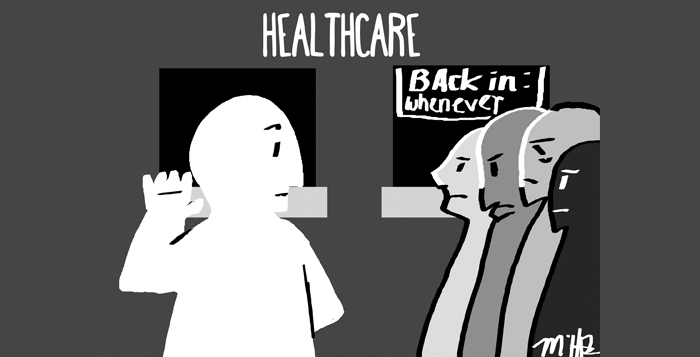 Socioeconomic status (SES) is one of the main obstacles facing health disparity programs. People with low SES usually will have low income, education and insufficient employment, so they will end up with poor health outcomes. Because of health inequalities in accessing health care, people who have poor health outcomes will have low incomes and the jobless rates will increase. This vicious cycle can be interrupted as the effects of health disparities decrease. Although some literature shows that SES is not related to racial health inequalities, other literature shows that SES factors (i.e., income, education and occupation) are important for addressing health disparities independently. Therefore, health politicians and health programmers must take SES factors into account when they target health disparities.

Racism exists in most countries. Unfortunately, its effects encompass health services and health quality, which lead to health disparities. Offering health services and good quality health care that is race-dependent will make certain population groups suffer from health inequality and end up with poor health outcomes and bad health behavior. Additionally, poor health outcomes will often exacerbate those conditions already affecting SES. Racism might also lead to residential segregation, in which people cluster in a certain location according to their race. Residential segregation will affect the housing and rental-housing prices, which could make poor people poorer and decrease their chances for getting jobs, affecting their health outcomes.

The aforementioned factors will increase the gap of health services among the population and will increase the burden of health disparities. Moreover, race and genetics are responsible for many inherent and familial diseases such as sickle cell anemia, thalassemia and non-communicable diseases, which increase health disparity burdens. Also, belonging to a minority group or having a different skin color could lead to perceived racism, in which a specific group of people psychosocially perceives that they are being discriminated against, whether it is true or not.

Culture and belief are directly associated with health behavior. Cultural norms such as language, religion, thoughts and customs will affect people’s health either positively or negatively. Additionally, race is a culturally constructed entity, and racism can be a result of a population’s culture. People are immensely affected by social and psychosocial environments in which they are embedded, and they are affected by their cognitive thinking as well. Thoughts and customs are responsible for many behaviors that lead to many health outcomes.

For example, smoking, alcohol intake, diet habits and physical activity are important measurement criteria of health status. As a result, they are an intrinsic part of measuring health disparities among people. Religion also might increase the burden of health disparities by, for example, preventing condom use, potentially making people more susceptible to sexually transmitted diseases.