“Conversation is the first unit of social change.”

Racial justice organizer and Co-President of the Women’s March Board of Directors Rinku Sen reminded Emory students that community often sparks engagement surrounding social reform at her lecture “Activism and Mobilization: What Anti-Racism Can Look Like.” The Feb. 20 event was the first in a three-part series hosted by the Office for Racial and Cultural Engagement and College Council.

Although Sen’s resume includes being a co-founder of the Women’s March, for the former president of the racial justice organization Race Forward and one of Ms. Magazine’s “21 Feminists to Watch,” championing social justice was not always her natural calling.

While Sen was initially wary of activism as a 17-year-old sophomore at Brown University (R.I.), her friends convinced her to attend a racial justice rally after two white student-athletes beat up a Black freshman on campus.

“At the time, I had no intention of going to a racial justice rally,” Sen said. “[My friends] did an intervention on me, like you might do with your friends who just have blinders on or who are involved in some behavior that’s really harmful to them and others.”

As an Indian immigrant, Sen saw herself as a “minority” and felt uncomfortable being labeled as a person of color. She credited her friends for showing her that she did have a place in racial justice activism and opening her eyes to a meaningful, “deeper” community of like-minded individuals.

“I think that was the moment where I understood that being an American wasn’t about looking like Marcia Brady,” Sen said. “It really was about being in a community and working with the people around you to make that community the most compassionate, the most inclusive community.”

Sen broke down the steps essential to a successful social justice organization. While important to identify the broad, overarching problem at hand, she noted that pinpointing smaller related issues and attacking them one by one is the most effective strategy.

“When you’re organizing, what you’re doing a lot of the time is trying to figure out how you can take chunks out of the big problems that affect our society,” Sen said. “Problems are [a] wall, and when you just see it as a wall it’s really difficult to figure out how you’re going to make progress on it, how can things change so that people have an easier time getting access to the things they need access to. Issues are that slice of a problem that helps you take a chunk out of that wall.”

Sen highlighted five areas for activists to focus on when tackling social justice issues: a constituency of people affected, research to validate claims, the specific causes, the large-scale demands and the targets who can meet them. By defining each objective clearly, activists can better mobilize their communities and lay the groundwork for meaningful, long-lasting change, she said.

Referring specifically to racial justice, Sen described how activists cultivate a “racial lens” to understand how an issue impacts different demographics. She explained the goal of developing such a lens is not to become “color-blind” to race, but rather to confront how racial disparities are intertwined with social inequity and help communities that are disproportionately affected.

“I don’t feel that ‘anti’ is enough,” Sen said. “We can’t just tear something down. We have to build something else in its place. And what we’re building is racial justice, which I find to be a more sustainable destination. I actually think of anti-racism as steps along the path, but I think of racial justice as the actual destination.”

Sen fielded questions concerning the effectiveness of “pandering” social media activism and the difficulty of finding trustworthy social justice resources among the sea of internet information. While Sen was generally supportive of any action that sparks public discourse, she advised the audience to follow activists and organizations that espouse genuine, positive messages.

“The emotions that are going to get people to do more, those emotions certainly include anger, but they also have to include hope and optimism,” Sen said. “I think an organizer’s job is to open up a path for people to be better versions of themselves.”

Sen encouraged all who are interested in social activism, no matter their previous level of knowledge or involvement, to join movements they are passionate about without fearing their inexperience will somehow lessen their contributions.

“Movements are built with people who never did anything before the first thing that they did,” Sen said. “I really want to encourage us to embrace that conversation, and to remember that conversation includes listening as well as talking.” 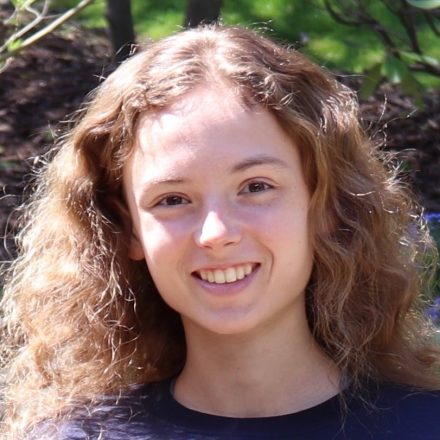