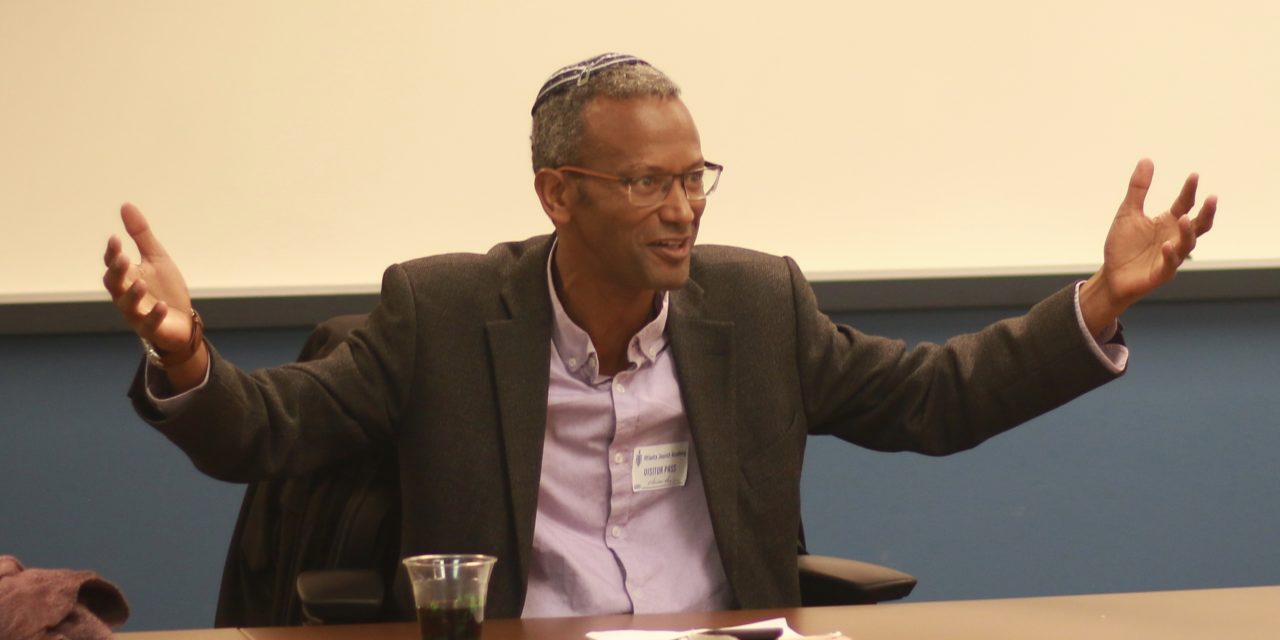 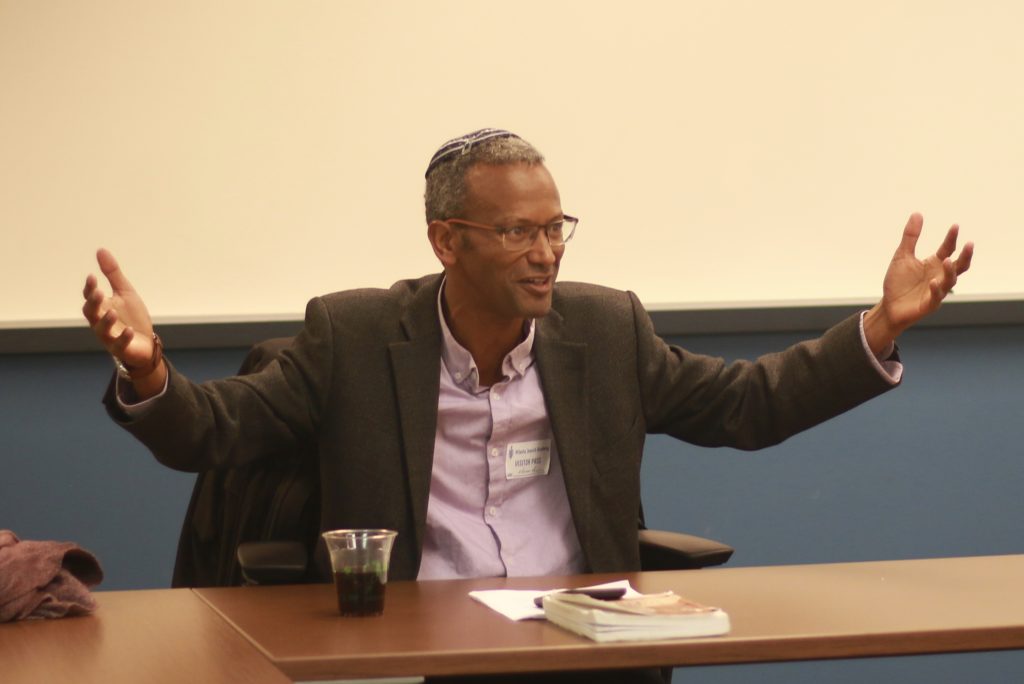 A small crowd of students, staff and faculty gathered to hear Rabbi Sharon Shalom discuss his experiences navigating race and identity as an Ethiopian-Israeli rabbi at an event hosted by the Institute for Jewish Studies on Feb. 7.

“My journey as an Israeli is more difficult than my journey to Israel,” Shalom said. “It is not easy.”

Shalom was born in a Jewish community in Ethiopia that faced longstanding persecution from other religious groups. During his childhood, his grandfather would tell him that God had promised to deliver their people to Israel.
“I would ask, ‘When will God fulfill his promise to his prophets?’ And my grandfather would say, ‘Now,’” Shalom said. “After 3,000 years, finally, finally, we fulfilled our dream.”

Today, Shalom is a renowned scholar of Ethiopian-Jewish identity. He sees the second generation of Ethiopian Israelis struggle to establish an Israeli identity. While the children of European immigrants typically integrate smoothly into Israeli society, that has not been the case for second-generation Ethiopian Israelis. Instead, they feel like foreigners, the speaker said.

The problem, Shalom argues, lies in a perception that Ethiopian Israelis are not fully Israeli due to their nontraditional practices and dark complexion. Ethiopian Jews now make up 2 percent of Israel’s population but are overrepresented in prisons and are treated as less intelligent than European Jews.

However, Shalom stated that he does not see race as the root of the problem.

“The issue is not racism,” he said. “The issue is who is a Jew in Israel. … The problem is that when the Ethiopians came to Israel, the rabbinate told them, ‘You are not Jews.’”

The rejection has created a collective sense of shame among the children of Ethiopian immigrants.

Despite these obstacles, Shalom feels confident in his own identity. Rather than choosing between his Israeli identity and his Ethiopian identity, he embraces both.

Shalom currently teaches at Bar-Ilan University in Israel and is a rabbi of an Ashkenazi congregation in Kiryat Gat, Israel.

Despite his own confidence, Shalom still faces questions about his identity, specifically on the possibility of his Ethiopian roots and his Ashkenazi identity. In the face of unending stereotypes, Shalom said he focuses on his own identity rather than the perceptions of others.

“The question is not how they will accept me,” he stated. “It’s how I accept myself.”