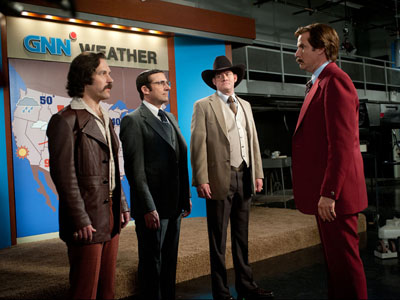 To promote the upcoming film “Anchorman 2: The Legend Continues,” actors Steve Carell (“The 40-Year-Old Virgin”) and Paul Rudd (“I Love You, Man”) took some time last Friday to answer a slew of questions from college students during an exclusive conference call event.

For those of you unfamiliar with the “Anchorman” series, it’s a satirical look at a fictional San Diego TV news team, combining the witty humor of director Adam McKay (“Talladega Nights”) with the ridiculous antics of an all-star cast of actors, who recently got back together to make this sequel.

The comedy in Anchorman is bizarre, highly sexual and highly hilarious, so when a large group of college students got the chance to question two of the film’s stars, the resulting answers were as funny as some of the events on screen.

Here are the results.

Q: You guys are obviously at a point in your careers where you can choose what projects you want to work on. So I was wondering, what is it about Anchorman that made you want to revisit it?

Rudd: For me, mainly it was working with these guys again who I love. And, you know, it was such a blast doing the first one that I jumped at the chance to come back and beat a dead horse.

Carell: I think we all felt exactly that same way. We all just wanted to do it for the sake of doing it, and I think we all would have done it in a vacuum. Even if there was no film or camera, we would have come back and done it, because it’s so much fun.

Q: Paul, your character uses this cologne cabinet in the first movie to not-so-successfully seduce women. And Steve, your character has trouble putting a sentence together around women. So I’m wondering, what advice would you guys give to college guys trying to pick up girls?

Rudd: I would say to guys, college guys, drop the cologne. No one likes it. Use your – you know, your own natural…

Rudd: Your own natural musk, which will bring the ladies in in busloads.

Q: After watching the trailer, I’ve noticed that there are some crazy and hilarious scenes that we’re going to see in the movie, and I was wondering if you could tell us if there was a favorite scene that you guys shot, or maybe one that you can’t wait for the viewers to see.

Carell: You know, you look at the trailer and you think, wow, they put everything in that they could, and that’s the entire movie. But there’s so much more than is in the trailer. So I’m kind of psyched about the whole thing.

Q: This question is for Paul Rudd. I’m wondering if we will see the return of the Sex Panther. (If you haven’t seen the first “Anchorman,” Sex Panther refers to a fictional brand of cologne that Paul Rudd’s character uses to attract women: the joke being that it actually smells like burning garbage or gasoline.)

Carell: Well, you know, what she did say?

Rudd: ‘Is that Sex Panther in your pocket?’ Oh my God. Now the movie makes sense.

At that, both actors broke into a frenzy of laughter, having just inserted an “Anchorman” joke into one of the most critically-celebrated films of the last decade.

The interview continued on that note for well over half an hour, as both actors became invigorated by the enthusiasm students had when talking to them. At one point, someone asked a completely random question: where would each actor start eating if a woman’s body was entirely covered in sushi. Carell maintained his poise and immediately responded, “The place I would start eating first is McDonald’s.”

By the end of the interview, very little had been revealed about “Anchorman 2” itself – although I’m now confident that we will probably see the return of Sex Panther to the big screen.

More importantly, Carell and Rudd made it obvious that “Anchorman” is just a lot of fun, not only for the audience but for everyone who worked on producing the movie. It’s not mindless entertainment: it’s “Anchorman.” 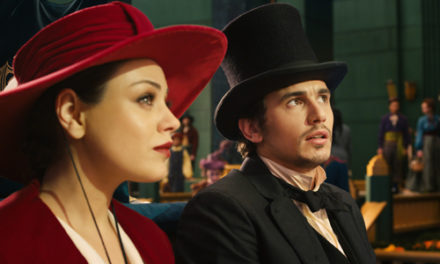 ‘Oz’ Stands on Its Own Two Slippers 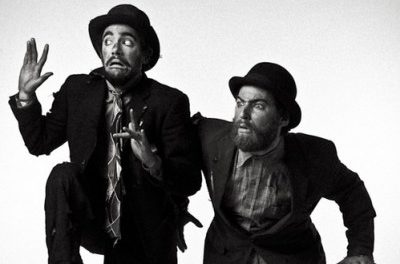