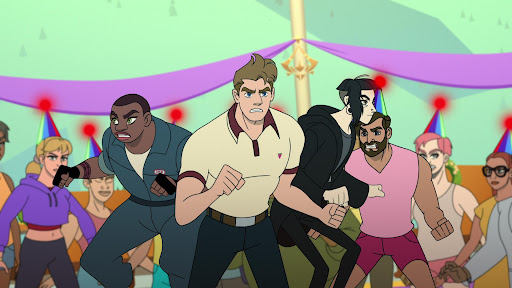 When Netflix’s marketing team released the teaser for “Q-Force,” an animated series about queer super spies, they probably expected that all those rainbows and flashing transitions backed by pulsing EDM would have the gays quaking with excitement. The reality was quite the opposite.

The short trailer had queers of all kinds revoking their gay cards just so they wouldn’t be associated with the series. This queer, however, believes “Q-Force” does more than people are willing to recognize right now.

The show, created by Sean Hayes and Gabe Liedman, follows Agent Steve Marywhether (Sean Hayes), a gay James Bond-esque spy whose career at the fictional American Intelligence Agency (AIA) is sidelined when he comes out after graduating from the academy. In an obvious act of dicrimination, the director of the agency assigns Agent Mary to a team of abandoned queer agents in West Hollywood, including Deb (Wanda Sykes), a Black lesbian mechanic; Stat (Patti Harrison), a hacker who falls in love with a robot; and drag queen Twink (Matt Rogers). As many spy team stories go — together they save the world from chaos and doom.

The backlash “Q-Force” has received thus far has less to do with the plot and more to do with the show’s use of stereotypical queer characters and dialogue. As the spectrum of gender and sexuality continues to widen and diversify, and our understanding of identity grows more complex, some find it derisive that “Q-Force” still uses sayings like “yas queen” and “slay” to convey queerness. I don’t think the problem lies in how much slang the show uses, though. The “Q-Force” dilemma stems from the fact that Sean Hayes and Gabe Liedman tried to make a show that reclaims stereotypes while society is still focused on subverting them.

But, the problem with subverting or destroying stereotypes is that we tend to reject anything that comes close to the stereotype, even when it’s an authentic part of our existence. Instead of pretending that there is no basis for the stereotype, reclamation lets those who were stereotyped control the narrative. That is what “Q-Force,” a queer series made by queer producers, actors, animators and other queer creators, aims to do.

One of the ways “Q-Force” chooses to reclaim stereotypes instead of subverting them is through Twink’s character. Viewers of the teaser were notably uncomfortable when it came to Twink, likely because he was “too gay” for them. By “too gay” I mean he possesses many of the traits normative society use to criticize queer people. He is an effeminate gay drag queen who talks frequently about his body. He represents why heterosexual culture often attacks members of the LGBTQ+ community. For many queer people, he is the type of representation they want to avoid, as he might perpetuate the unfair treatment they endure. This is valid.

However, the truth is that there are still many “Twinks” in the world, and to these individuals, his character can truly serve as a positive representation. Although the teaser paints him as a shallow character that is reduced only to negative stereotypes, the actual show depicts him as a strong, confident character whose super powers stem from the very things homophobes hate queer people for. His name which many took offense to, is actually a name he adopted as a way to renounce his emotionally abusive past. “Q-Force” doesn’t want to deny Twink, and those who may relate to him, any part of themselves; instead, the show allows them to bravely reclaim all parts of their identity.

Still, I understand why some queer people are upset over “Q-Force,” especially considering the way Netflix advertised it. Netflix released the woefully criticized teaser during Pride month, a time when queer people become increasingly suspicious of the companies that turn their logos rainbow-colored to raise sales and not awareness of the LGBTQ+ community. As a well known giant in the business and entertainment world, it is easy to question Netflix’s motives for “Q-Force.” It’s hard not to read the show as one company’s rigid depiction of queerness. But we can’t be too quick to forget that queer people produced “Q-Force” from their own hearts and minds. This doesn’t mean it should be exempt from criticism, but it does mean that we should be careful when we judge the authenticity of the art and characters.

“Q-Force” is not without faults. In terms of diversity, there aren’t many POC characters or characters that identify outside of the gay/straight binary. It also doesn’t feature explicitly transgender characters. The writing of the show is also lacking at times, as it uses jokes and references that might seem dated. I’m not arguing that the show is the best queer creation to exist, or that everyone should love it, but rather for a re-examination of how we use stereotypes to judge whether representation is good or bad.

There is no doubt that stereotypes can be harmful, yet the mere presence of tropes in a series should not make it unworthy of our viewing. Rather, we should assess how those stereotypes are used: are they the sum of the character or a feature of their collective traits? Are they used to propagate prejudice or are they accepted as part of everyday life? We can’t always immediately advocate for the destruction of stereotypes, which “Q-Force” proves. If we try to eliminate all the stereotypes we see in the media, we may inadvertently kill off parts of real people who identify with those stereotypes. So, rather than trying to destroy the stereotypes themselves, let’s reclaim them and change the voice that gets to control them. 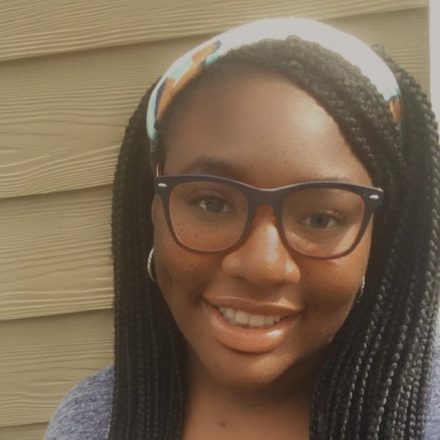