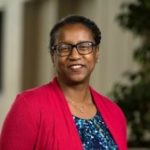 The fourth College of Arts and Sciences dean candidate Stephanie Rowley, associate vice president for research, social sciences and humanities at the University of Michigan, hosted open forums Friday morning in Harland Cinema. In the student forum, she discussed the “sanctuary campus” movement at Emory, Emory’s endowment and her higher education administration experience.

No student unaffiliated with the Wheel attended the student open forum.

The provost search committee has narrowed candidates down to two finalists, Sterk said at the April 18 Employee Town Council. Provost Search Committee Co-chair Carlos del Rio wrote in an April 26 email to the Wheel that he did not know who the two finalists were, and added that he would not disclose the names due to the confidential nature of the selection process. The University plans to announce a new provost, who will help select the College dean, by the end of Spring 2017, according to Associate Vice President of Media Relations Nancy Seideman.

Rowley said that she understands the administration’s refusal to adopt the “sanctuary campus” label because of the threat of losing federal funding. However, she said that it is important to be on the right side of history, and historically colleges have challenged laws and norms to protect minorities.

There is no clear legal definition of a “sanctuary campus,” but universities that have adopted the designation have stated they will protect their undocumented students. This past year, Emory community members have repeatedly called on University administration to declare Emory a “sanctuary campus” and institute policies to protect undocumented students, which the administration has repeatedly refused.

“I would be very concerned at the threat of losing federal funding,” Rowley said. “It’s short-sighted to exclude people based on issues of documentation and citizenship …. I feel like this is one of those moments in history that people are going to look back on and say, ‘How did we respond when we had the opportunity to support some of the most vulnerable people in the world, and did we respond with compassion or did we respond with self-interest?’ ”

She added that she and her son, an incoming Emory freshman, appreciate Emory’s focus on the liberal arts and the possibilities for interdisciplinary collaboration.

Rowley believes that Emory could focus more on building its endowment — which currently stands at more than $7 billion — by cultivating stronger alumni involvement or generating corporate sponsorships to reduce Emory’s reliance on tuition payments.

She also said that she would support Sterk’s initiative to deepen Emory’s engagement with Atlanta.

“I think that Georgia State [University] … does a better job of … community engagement,” Rowley said. “They … see that as a bigger part of their mission.”

Rowley hosted a separate forum for faculty members at 10 a.m.

The University hopes to select the next College dean by the end of the semester, according to a November 2016 press release. The other finalists for College dean are Gene Jarrett, professor and associate dean of the faculty (humanities) at Boston University; Jeff Legro, Taylor professor of politics and vice provost for global affairs at the University of Virginia; and Michael A. Elliott, interim dean of the College.