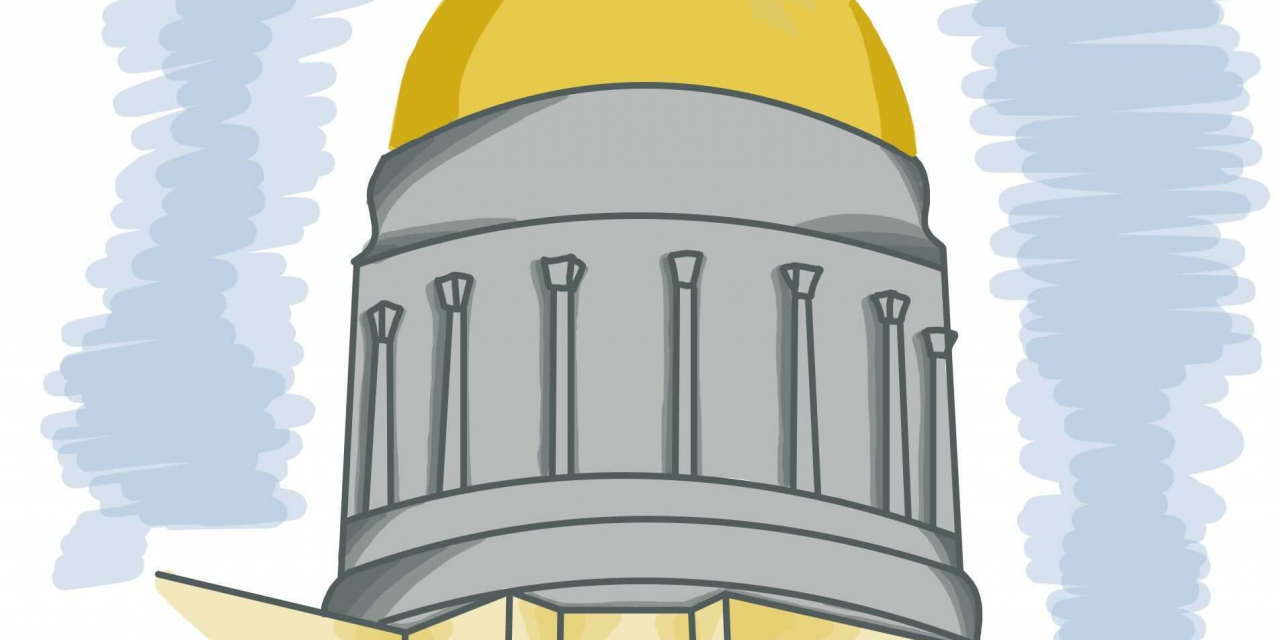 The law’s passage comes as state lawmakers in 47 states have introduced 361 new bills to restrict voting access since the beginning of 2021, CNN reported on Saturday. The Georgia legislature alone has introduced 24 of these voting bills since Jan. 1, second only behind Texas with 49 bills.

SB 202 follows the landmark 2020 presidential election, in which the state turned blue for the first time since 1992. The shift has widely been attributed to disorientation from white suburban individuals with former President Donald Trump and  widespread voter mobilization efforts led by former Georgia gubernatorial candidate Stacey Abrams and other activists. Consequently, upwards of 800,000 new voters registered in Georgia since 2018, including large numbers of young people and people of color. 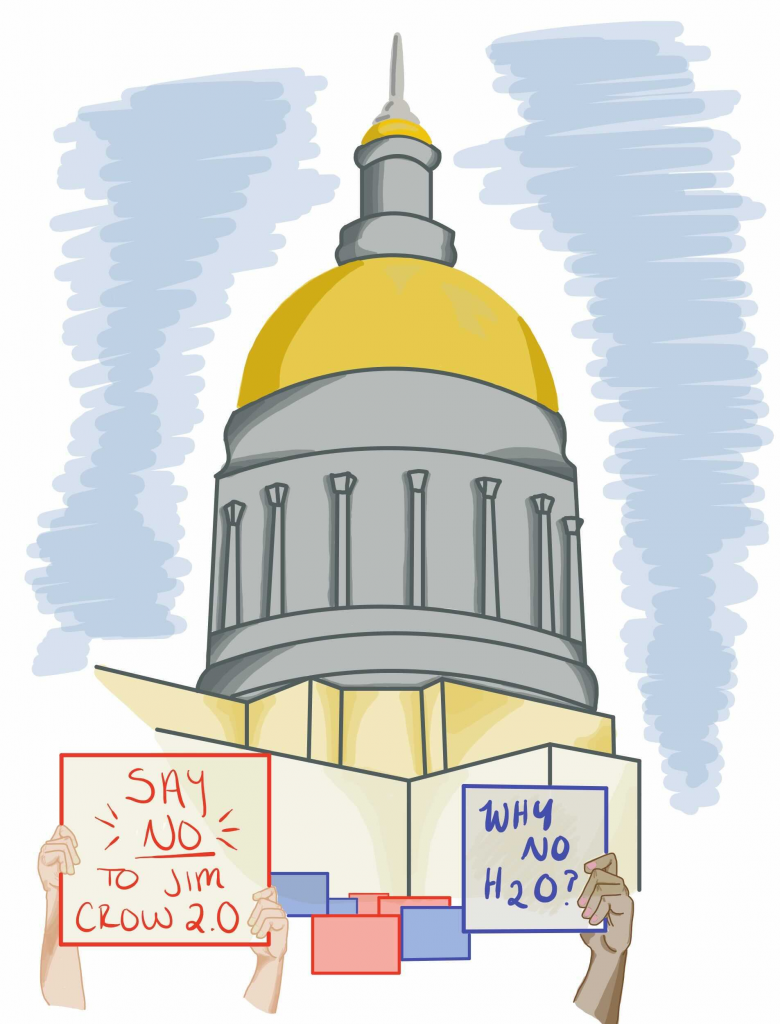 “It’s very clear Republican legislators in the state have stated that they’re introducing these bills because of the perception of fraud and the irregularities in the November election and the 2021 runoff election,” Associate Professor of Political Science Bernard L. Fraga said. “The origin of this bill indicates that it’s not really solving a problem that is real, that needs solving through this legislative process.”

This bill substantially changes rules for voting by absentee ballot. The earliest voters can request a mail-in ballot is 11 weeks prior to an election — a departure from the previous time of about 25 weeks. It also moves up the deadline an application must be completed by two weeks. To request or return a ballot, an individual will need their driver’s license number, state ID number or another accepted voter ID.

SB 202 will also effectively control when and where ballot boxes are placed and restrict early voting hours on certain days of the week. The ballot boxes will now be limited depending on the county and will have strict hours. For the presidential election in Georgia, well over two million people voted early in person, 700,000 of which identified as Black.

“This bill targets voters that have historically voted for Democrats,” Fraga said. “It targets some of the processes and the methods that were used primarily by or especially used by African Americans in the state in 2020 and 2021.”

Associate Professor of History Daniel LaChance agreed with Fraga in noting that the law is “profoundly anti-democratic” and explained how inequalities in voting have emerged due to racism in the United States.

Most counties, however, will experience expanded voting access. Saturdays will be mandated for early voting, and Sunday was codified formally as having optional voting hours. The original bill  would have forced some counties to choose between Saturday and Sunday for weekend early voting.

This was viewed by many Georgians as a form of suppression in the Black community, as “souls to the polls” was a common Black church campaign where busses loaded up and took constituents to the polls following Sunday services. This restriction did not make it to the final version of the bill.

“The pattern of periods of voting rights expansions then being followed by periods of mass disfranchisement is one really clear parallel that I’ve seen,” Hannah Charak (22C) said, comparing past and current voter laws.

The law also makes it a misdemeanor to offer food or drinks to those waiting in line for the polls within 25 feet or more.

Charles Howard Candler Professor of African American Studies Carol Anderson also addressed student questions about voter suppression in a Q&A session hosted by Fair Fight U Emory and Young Democrats of Emory on March 22. She touched on SB 202 specifically, calling the bill a “multi-pronged attack” from the state legislature.

“This bill is foul and nasty,” Anderson said. “It is a way for Georgia to not replicate what happened in 2020.

SB 202’s arrival came as bills fighting against voter suppression have moved through the U.S. Congress. The For the People Act, which passed the U.S. House of Representatives on March 3, includes items such as automatic voter registration. The second bill, the John Lewis Voting Rights Advancement Act, aims to create “national standards that are enforceable for our elections in order to override states’ assault on the right to vote,” Anderson said.

On March 30, Democratic State Rep. Park Cannon (D-Ga.) was arrested after knocking on Kemp’s door alongside other protestors while he was signing SB 202. Cannon was taken to the Fulton County Jail and released on bail later that night.

In response to significant public backlash, CEOs of major Atlanta-based companies like the Coca-Cola Company and Delta Airlines have strongly rebuked the bill’s passage. The MLB pulled its All-Star game from Atlanta on Friday in response to SB 202’s passage.

“I have decided that the best way to demonstrate our values as a sport is by relocating this year’s All-Star Game and MLB draft,” MLB commissioner Rob Manfred wrote in a statement. “Major League Baseball fundamentally supports voting rights for all Americans and opposes restrictions to the ballot box.”

Emory University has not yet issued a comment on SB 202.

Similar to SB 202, House Bill 531 is currently in the Georgia senate waiting for a vote. HB 531 would also create restrictions on IDs for voting by absentee ballot and make amendments to early in-person voting.

State Rep. Barry Fleming (R-Ga.) and State Rep. Alan Powell (R-Ga.) are two of the seven Republican lawmakers who are sponsoring the bill.

Protesters in Washington, Georgia asked Fleming to resign following news of the bill. Fleming was also an influential person involved with amending SB 202.

“The way that this newer law primarily works to keep people from the polls is by taking advantage of the fact that they have fewer resources, and making it therefore harder for them to get to the polls and to and to complete the act of voting,” LaChance said. “There’s the economic legacy of of discrimination and racism in this country [which] is what this law really preys upon.” 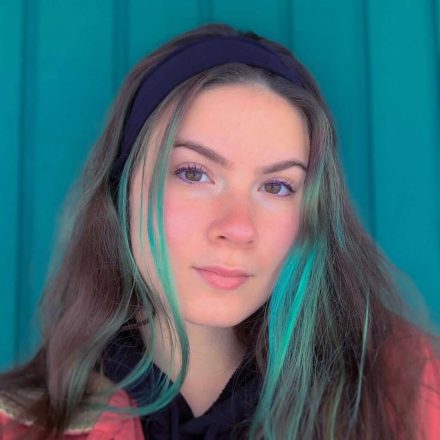