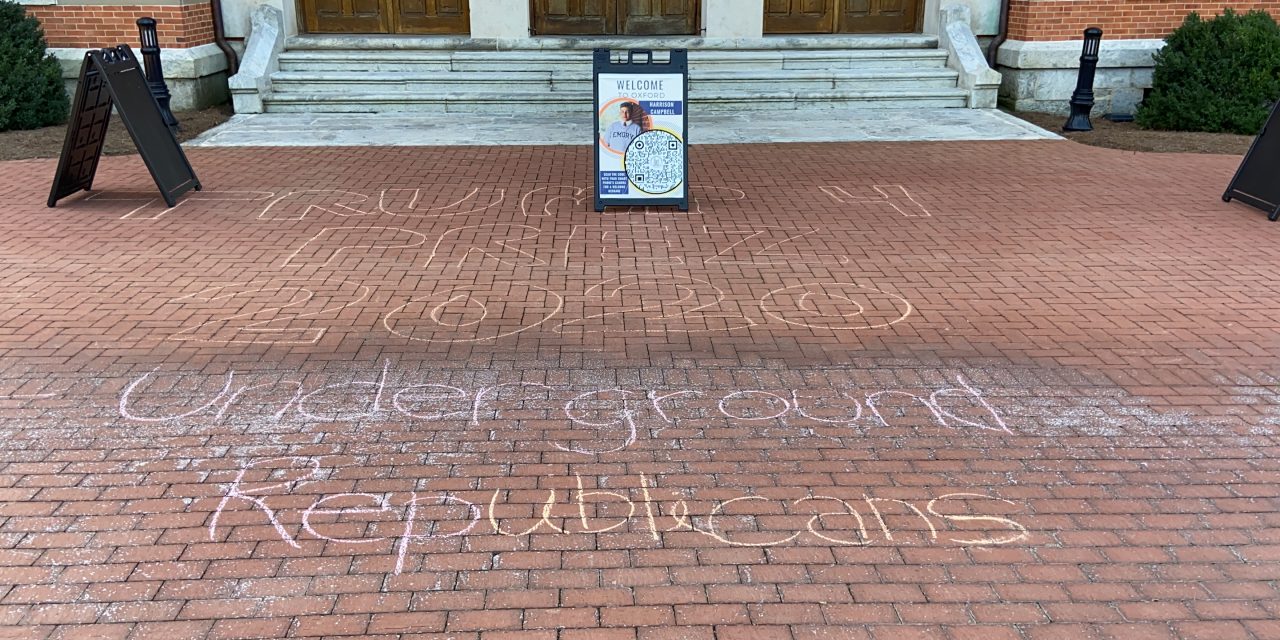 On Election Day, students at Oxford College encountered pro-Trump chalkings in front of the student center and Seney Hall, sparking indignation. Some of the messages read “Keep Georgia Red,” “MAGA” and “Trump 4 Prez 2020,” and were signed by “Underground Republicans.”

A Trump-Pence sign hung from a tree outside of Fleming Residential Hall and was later set on fire.

Similar occurrences transpired on Emory’s Atlanta campus in March 2016, when chalkings in support of then-presidential candidate Donald Trump were found throughout campus. The event sparked student protests and garnered national attention. The Emory University Standing Committee for Open Expression protected the contents of the chalkings.

Claire Todaro (22Ox) and Laura Zvinys (22Ox) took down the Trump-Pence sign after they discovered it. They threw the sign in the trash and were cheered on by other students walking by.

Amanda Przygonska (21Ox) was taken aback when she saw the sign hanging outside Fleming. She said that she had woken up on Election Day hopeful when she saw people offering transportation to the polls on social media.

“That person took the time out of their day to climb that tree and put that sign up just to make people mad,” Przygonska said.

“It’s just to disrespect other people’s opinions,” Juarez said. “You can wear it, you can display it on you as your person and your personal property, but I don’t think invading other people’s space, especially this campus, should be allowed, and it’s just disrespectful to the other people.” 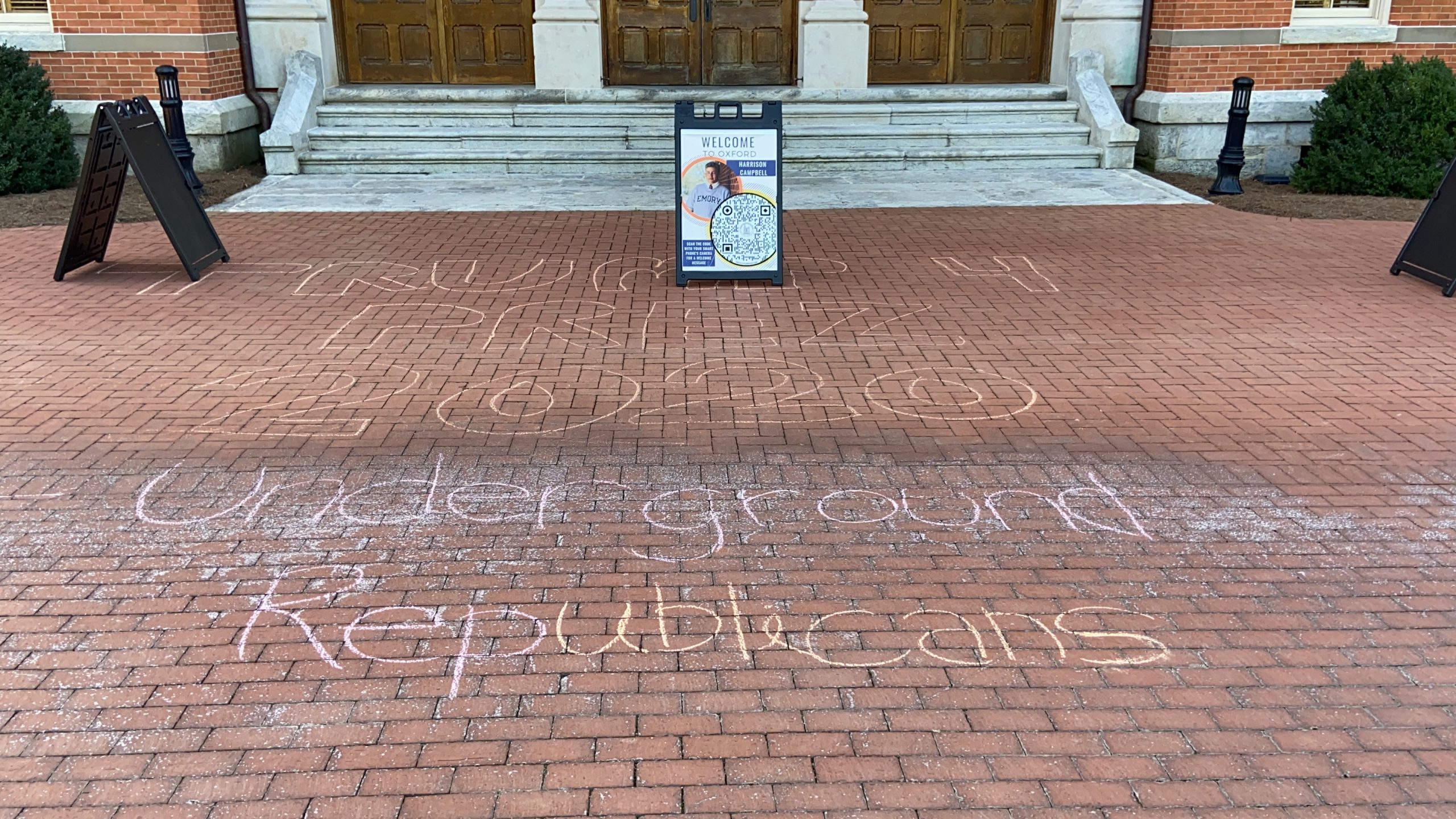 Emory College Republicans President Jasmine Jaffe (22C) called the erasure and destruction of the messages censorship and warned that students should be conscious that there may be external consequences if they are caught “violating students’ free speech.”

“We saw it back in 2016 on the main campus where people were writing ‘Trump 2016’ at the time and the University had a big discussion about it,” Jaffe said. “Some students fail to understand that free speech is not just speech that you like, it’s also speech that you don’t like.”

“From what I know about president Fenves, I would expect him to support the free speech rights of Oxford campus,” Jaffe said. “If not, this is something that would be far more serious and something that we would really have to look into more.”

Several Oxford students wrote messages such as “PATRIOT ≠ BIGOT,” “Men of quality don’t fear equality” and “HAVE A SOUL” around the Make America Great Again chalkings outside of Seney Hall and Fleming Hall.