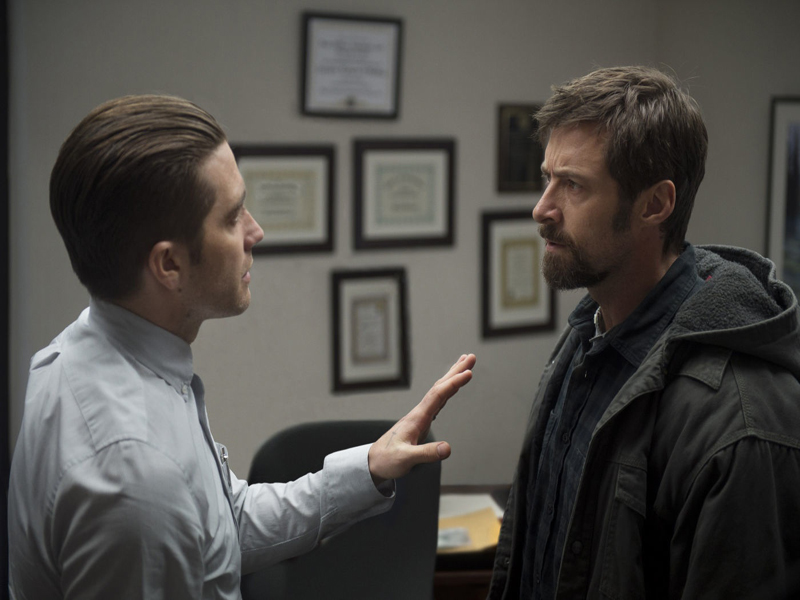 Director Denis Villeneuve’s new film, “Prisoners,” is both refreshing and gripping in more than one way. The movie tells the story of two eight-year-old girls who go missing on Thanksgiving night and the parents and police officers who are caught in the aftermath.

As one might expect, “Prisoners” is marked by unrelenting tragedy and hopelessness, managed by avoiding melodrama and superfluous theatrics (with the exception of a gunshot suicide).

Watching the film, it feels as if the events on screen are real, the characters believable and the conflict heart wrenching: qualities that any movie should encompass but are scarcely found.

Hugh Jackman is surprisingly well-cast as the film’s central character, the father of one of the girls.

Over the years, Jackman’s acting career has become synonymous with his role in the “X-Men” franchise, where his hackneyed superhero character, Wolverine, is emotionally limited.

In “Prisoners,” however, Jackman’s portrayal of a Pennsylvanian father willing to do anything to recover his daughter is remarkably authentic.

Unlike in most action thrillers, Jackman’s actions are not justified by the end he pursues, nor is he an obvious anti-hero.

Rather, the audience is intentionally made to feel unsure of each character’s respective morality and motives up until the end.

The film does not hinge on formulaic plot twists akin to an Agatha Christie novel. Additionally, Jake Gyllenhaal’s (“Brokeback Mountain”) performance as the detective handling the case was anything but stereotypical.

The film’s intricate dialogue worked brilliantly in developing his character, who becomes more and more invested in the case as the plot progressed.

In addition to the acting, “Prisoners” succeeds by setting itself apart from any specified genre and its cinematography is laudable. “Prisoners” and similar titles, such as “Zodiac,” have emerged as a sub-genre of mystery: dramas that are well executed and void of a definitive quality that reminds you you’re watching a movie.

Good movies exhibit genuine acting and a plot that is tethered to some version of reality – relatable, yet fantastic in the emotions and ideas they convey.

“Prisoners” encompasses all of these basic qualities and is well-executed. Roger Deakins (“Skyfall”), the film’s cinematographer, understands how to set the mood and triumphs during the rare moments characters are not on screen.

In one scene, the camera moves forward through the woods on ground level as a search party looks for the missing girls.

The feeling of despair is tangible in the surrounding darkness, as if we too are becoming lost. The camera then pans overhead in full view of police flashlights that fail to illuminate the enveloping night.

In this way, “Prisoners” adopted a unique aesthetic style, proving that a murder-mystery or a heart-wrenching thriller can be so much more than a sensory experience.

Rather, “Prisoners” is less concerned with engaging the audience in a superficially thrilling way and focuses more on painting a remarkably vivid picture of events that deal with the core workings of the human condition.

On an interpretive level, “Prisoners” is concerned with exploring the nature of human instinct and reaction, shadowed by a heavily religious subtext.

Jackman is immediately demarcated as a protective paternal figure whose mission in life is to protect himself and his family.

When perceived obstacles, such as the legal system, get in his way, Jackman takes matters into his own hands.

It’s not difficult to empathize with his character, but the core issue here is that he seems to take things too far. But it is only in doing so that he gets closer and closer to uncovering the truth about what happened to his daughter.

Jackman can protect his family or cleave to the moral principles established by society and organized religion – but not both.

“Prisoners” presents this dilemma in a highly sophisticated way; the film ends with a false sense of resolution because the moral implications of Jackman’s actions throughout the movie have not been confronted but merely steamrolled by an evolving plot line that finally reaches fulfillment.

The film also asserts that the way in which we spontaneously react to different situations determines who we are.

Despite preventative efforts to protect his family and be prepared for anything, the audience sees the true nature of Jackman’s character when he is actually forced to do just that. This reality, while arguably predictable, challenges our notions of what it means to be a good father and, by extension, a good person.

“Prisoners” succeeds because its authenticity works not only to present a realistic story but to challenge Hollywood norms as it consistently distinguishes itself from other titles in similar genres.

It doesn’t exactly break any barriers and it’s not a revolutionary work of art, but it’s about as good as dramas get, and worth the lengthy two hours and 25 minutes.