Preventing the Future of American Health 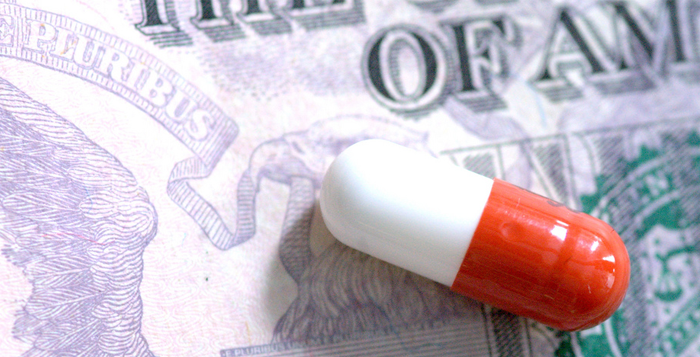 In Integrated Chinese Level I Part II, a popular collegiate Chinese textbook, the character Gao Wenzhong complains to his friend Wang Peng that he is noticing some rather unfavorable changes in his physique. Peng responds that Wenzhong eats too much and needs to start doing daily moderate exercise in order to notice a positive change in his health. After trying some exercises such as swimming, jogging and playing basketball, Wenzhong decides that he cannot find the right sort of exercise for him and continues on with his daily habits. The story leaves the future health of Wenzhong to the reader’s imagination; however, it teaches a crucial lesson about the need to exercise while also teaching me how to say “fat” in Chinese. More importantly, the story reminded me of a glaring problem in American society today: a health care system that needs urgent saving.

Now, if you’re wondering how I suddenly made the connection between an educational dialogue and a national issue, let me first say that I was also watching “Escape Fire” that week. The 2012 documentary, directed by Matthew Heineman and Susan Fromke, uses evidence ranging from a doctor’s testimony to a saddening patient exposÃ© to present a shocking revelation that our health care system is much closer to insolvency than we previously thought. It asserts that a significant portion of our health care expenses come from preventable chronic disease. While it does call for radical changes to be made in U.S. health care policy, the documentary also focused on alternative, proactive ways to approach the treatment of disease and improve health. This film wasn’t the first to call for fundamental change in American health care; however, the methods and evidence it utilizes make a convincing point. Ultimately, changing the trajectory of U.S. health care lies in the hands of those who built it: the people.

It was President Theodore Roosevelt who pushed for socialized medicine in his Progressive platform for the Bull-Moose party. It was President Lyndon Baines Johnson who passed Medicare and Medicaid, giving millions of Americans access to affordable health care. Recently, it was President Barack Obama who wrote into law the Patient Protection and Affordable Care Act (PPACA), which included a Patient’s Bill of Rights and gave health care access to over 30 million who were previously unable to obtain insurance.

Reform at the policy level is happening. However, rampant health care problems such as rising costs remain unsolved. For example, it is estimated that obesity alone contributed 12 percent of the growth in health care spending alone between 1987 and 2001. Rising chronic illness and a stagnant culture surrounding health awareness contribute towards a system that doesn’t care for health, but rather manages disease.

What’s worse about this problem is that poverty proves to be one of its main ingredients. Unhealthy foods are disproportionately subsidized to the point where it makes much more economic sense to forsake diet to get food on the table. Additionally, health care for  millions of people remains inaccessible and is still considered a privilege, not a human right. Today’s system ultimately forces many to decide against health in the name of fiscal responsibility and then refuses to provide a safety net for said choices. It is a cycle which works to prevent the lower class from rising and ultimately raises costs for all.

My point is this: Americans need to take charge of their health. It is not a question of more or less red tape from the government, but rather a question of changing our culture to one which encourages fundamental lifestyle changes and puts the focus back on improving our health, not managing disease. It is necessary for Americans to realize that health is holistic and can be fundamentally improved over time. Studies have shown that going from no daily exercise to 30  minutes of moderate exercise daily contributes significantly to weight loss and boosts overall happiness. Scans can detect cancers in their early stages and neutralize them before subsequent metastasis. In “Escape Fire,” many patients noted considerable improvements in pain management and decreases in pain medication consumption after switching to acupuncture. Actively addressing health means prioritizing physical well-being, mental awareness of the implications of good health and actively addressing health problems early on before they worsen.

Many of the above preventive measures are expensive for millions of Americans, for much still has to be done to change health care policy; however, the heart of changing our health care system relies on the idea that the people’s health belongs to them. Creating a culture with this fact in mind will mean a catalysis of reform at the top, which will work to improve the overall wellbeing of the people. By making that first step in the home rather than in the emergency room, our population ends up much healthier and happier.

Additionally, emphasis of preventive health will end up cutting costs, making health care for all much more affordable. If the government were to invest $10 per person in programs encouraging preventive health, it would end up saving $16 billion over five years, money that could be pumped back into the system to deliver care through Medicare and Medicaid.

This would significantly aid access of private insurance as well, as health insurance companies would lower premiums due to less risk stemming from a healthier population. Lower prices will mean increased access, leading to competition between companies that will serve as a catalyst to drive prices even lower. There is no further proof than this trend that our health care system is built for the people, by the people.

Wenzhong serves as an example of what we shouldn’t be when it comes to our approach to health. While he is a nice kid, he unfortunately doesn’t realize the long-term effects of paying attention to his health. I urge the American people to not follow in the footsteps of Wenzhong.​