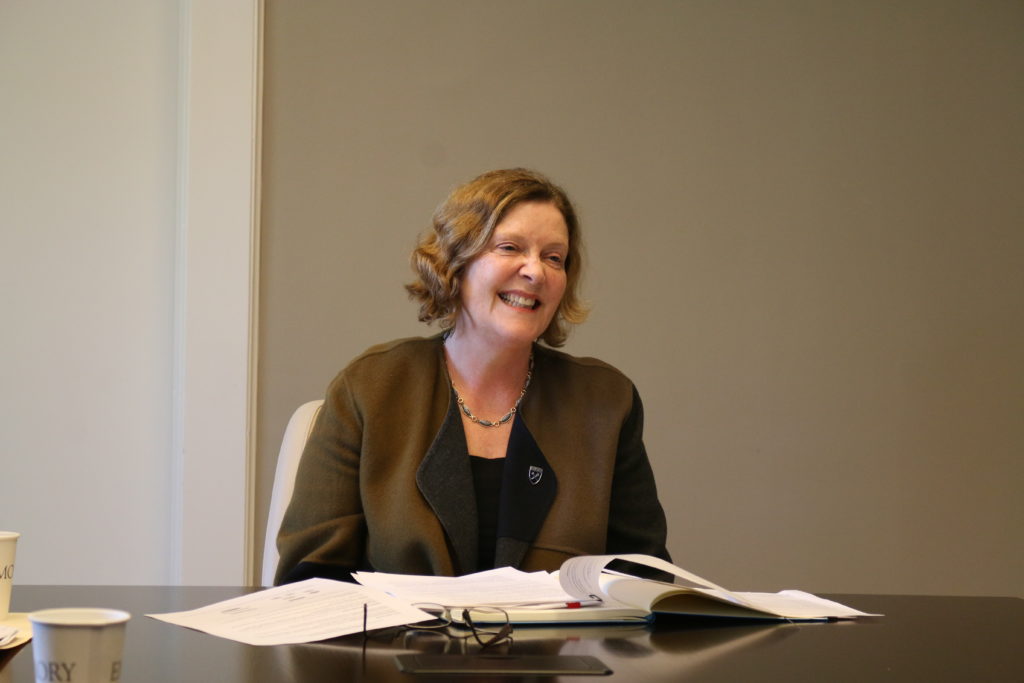 University President Claire E. Sterk received about $1.1 million in compensation in 2016, which was her first year as president, according to Emory’s 2017 tax filings.

Sterk was the 57th-highest paid private college executive during that year, according to The Chronicle of Higher Education’s executive compensation report.

Sterk’s total compensation adds up to about 21 times the average cost of tuition at Emory and about six times Emory’s average faculty salary, according to the report.

Sterk received $759,167 in base salary, $27,231 in nontaxable pay and $230,550 in other reportable compensation, according to an Internal Revenue Service (IRS) filing. Sterk served as provost until Aug. 31, 2016, and the filing includes compensation from her tenures as provost and president. A total of $120,600 was set aside for deferred compensation.

Correction (2/25/19 at 4:25 p.m.): A previous version of this article stated that Sterk’s salary only included her role as president. In fact, it included her roles as both provost and president. In addition, the article stated that Wagner negotiated his deferred compensation. The article was updated for clarification because the Board of Trustees’ Committee on Executive Compensation and Trustees’ Conflict of Interest is responsible for proposing contracts with University presidents.