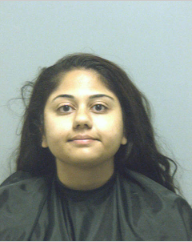 On Aug. 31 at 7:50 a.m., Emory Police Department (EPD) received a call regarding a keylogger, which records keystrokes and monitors the actions of a user, plugged into a computer at the Goizueta Business School. Later that day, an Emory staff member discovered Emory alumnus Shermin Punjwani (16B) looking for another keylogger that she had placed in White Hall 102 and called EPD. Officers arrived at the location, arrested Punjwani for two felony counts of computer trespass at 6:03 p.m. and transported her to DeKalb County Jail. Punjwani’s bond was set at $10,000. Punjwani posted bail and was released Sept. 2. According to her LinkedIn, Punjwani is currently a marketing specialist for MycroChange in Texas. Charges against Punjwani were dropped Aug. 23, 2017.

On Sept. 2 at 8:45 a.m., EPD responded to a call from a campus visitor, who said that he had left his wallet on a shuttle. He later made contact with the shuttle operator but was told that a wallet had not been turned in. At the time of publishing, no misuse of credit cards was reported. The wallet was valued at $25.

On Sept. 3 at 3:11 a.m., EPD responded to a call regarding an underage individual under the influence of alcohol at Dobbs Residence Hall. A Residence Life staff member called the police after coming in contact with the unresponsive female student. DeKalb Fire and Rescue and DeKalb Emergency Medical Service arrived on the scene and transported the student to Emory University Hospital (EUH). Campus Life was notified.

On Sept. 3 at 10:30 a.m., EPD made contact with six juveniles at the Briarcliff Candler Mansion. The individuals forcibly entered the building by removing a plywood panel. The juveniles said that they were visiting from California and found out about the mansion on a website. Officers contacted a guardian, who came to the location and took responsibility for the individuals.

On Sept. 5 at 7:15 a.m., EPD responded to a call regarding a theft from an Emory vehicle parked between Glenn Memorial Church and the Church School Building. According to the complainant, an unknown individual opened a locked compartment of the vehicle and removed a RedMax leaf blower, valued at $499. The case has been turned over to an investigator.

UPDATE (3/9/18 at 8:53 a.m.): The police report was updated to indicate that charges were dropped against Punjwani.

**Correction (Sept. 7 at 6:12 p.m.) the police report originally said Punjwani posted bail and was released from jail Aug. 2. The story has been corrected to reflect the correct date of her release, Sept. 2. 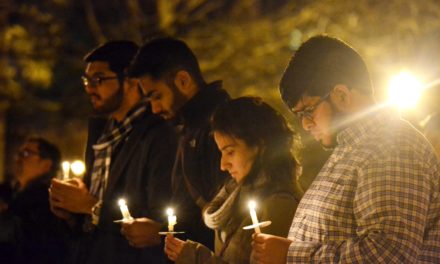