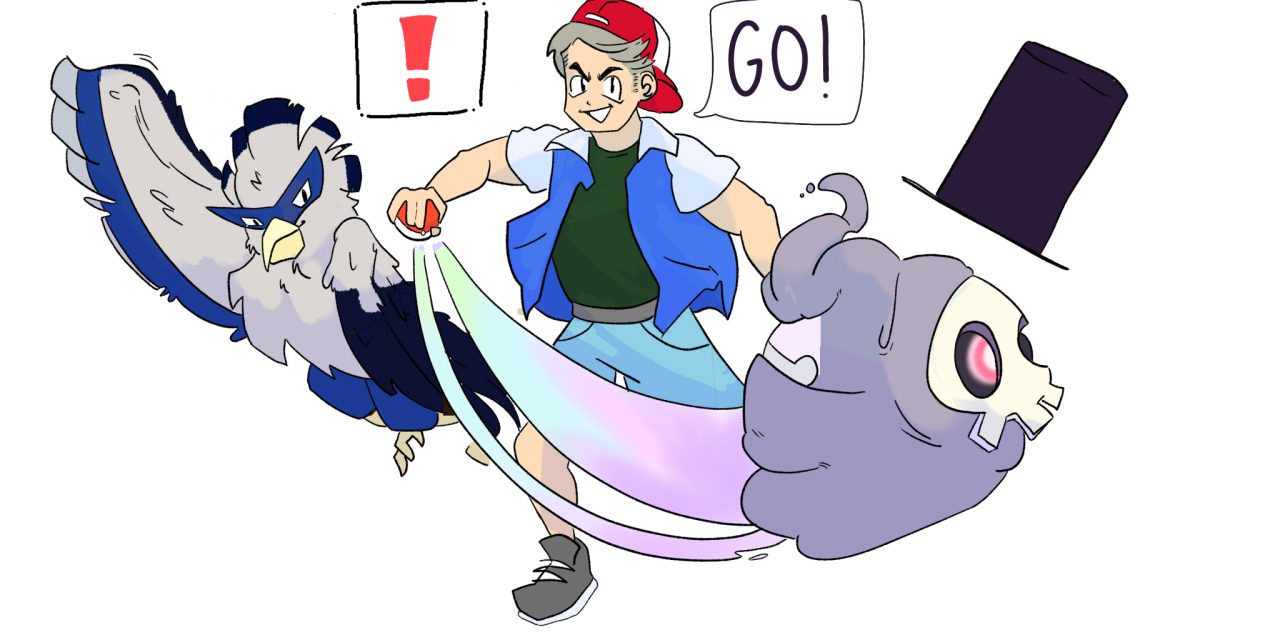 In the summer of 2016, along with many people around the world, I became hooked on the newest mobile game: “Pokemon Go.” Released by Niantic, “Pokemon Go” merged our world and the Pokemon universe by allowing us to interact with our surroundings, catching Pokémon and earning rewards like health potions.

The app developed a cult following quickly, not only because of the recognizable nature of Pokemon, but also for the game’s simple model. Someone who’s never played a Pokemon game could easily download it and begin collecting. It was the perfect environment for casual and committed players to engage with one another. 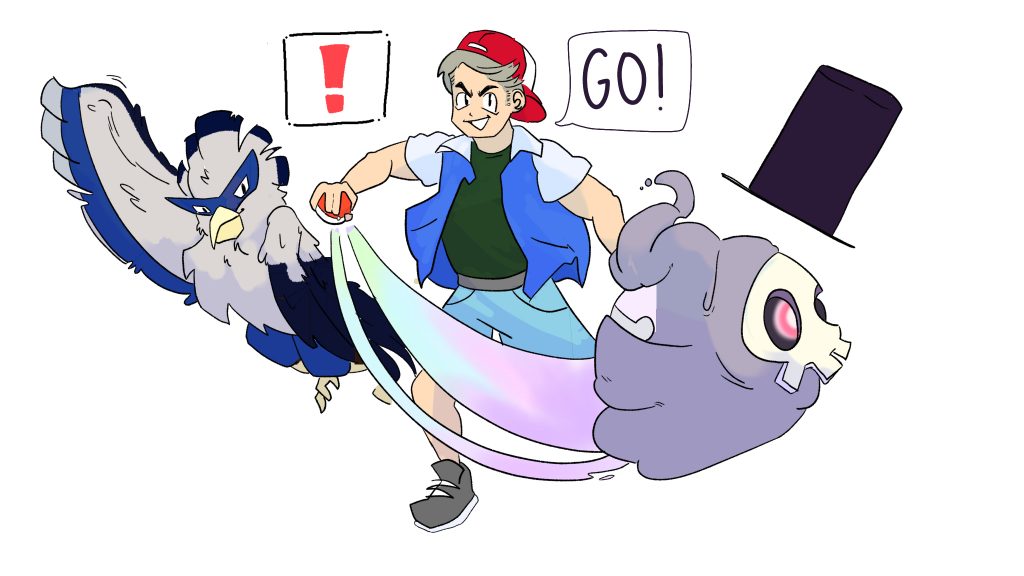 Given the frequency of server crashes and the growing number of people playing while driving, the craze was coming to a close, and in the spring of 2017, I said goodbye to “Pokemon Go” for a while. I redownloaded “Pokemon Go” in the spring of 2022 because I was walking more than I had before, and I was surprised to see all the updates that had been made. There were new Pokemon, a quest feature and a “buddy system” that allowed you to receive Pokemon candies for walking around, some of which require collaborating with other players. If I wanted to complete the quests, I had to meet new players, which led me to discover Pokémon GO Emory.

I met with eight members of Pokemon GO Emory for Raid Day on Sept. 11. Founded in 2019, Pokemon GO Emory is a student organization that builds community across campus through one shared interest: “Pokemon Go.” Members not only participate in group activities, such as raids, but also communicate with one another about upcoming events and nearbyPokémon they have caught. Faith Lopez (24C), the treasurer of Pokémon GO Emory, pointed out that the app isn’t designed to be an isolating experience.

Raid Days are special events where, for three hours, players have the opportunity to battle against legendary Pokemon for the chance to add them to their collection. The focus of this Raid Day was on Pokemon #386, Deoxys.

We started our quest at the four-faced clock by the Clairmont tennis courts. That’s when I met, among the members that attended, the club’s president and founder, Miles Robertson (23C). Robertson, who was in Canada during the app’s release, described himself as a “Negative Day 1 Player,” as the game wasn’t available in other countries yet. Robertson praised the app, not only for its physical health benefits, but also the increased awareness of his surroundings.

“The outside component is huge and it motivates me to maintain an active lifestyle,” Robertson said. “For new players, especially on college campuses, I really like that it helps you notice things about your surroundings that you wouldn’t otherwise.”

We all entered the waiting room for the raid, our best Pokemon lined up and ready to go. A timer counts down from 120 seconds and, while we wait for the battle to begin, there’s light banter and casual conversations about upcoming events. You’d think there would be some anxiety when facing off against such a powerful Pokemon, but instead there’s confidence in the air.

As the timer reached zero, our fingers raised above our phones and, with laser-like focus, we began tapping against the screen. A cacophony of fingernails striking against our phones could be heard by those nearby, along with chants of excitement as the boss’s health got lower and lower. And, as quickly as it began, the Deoxys had been defeated. We celebrated with the occasional high five, and, like clockwork, we continued to a new gym for our next raid.

We caught the shuttle and made our way to Emory’s Atlanta campus to continue our Raid Day, first stopping at the Dooley statue, where a new member joined us on this Pokemon gym crawl. Our next stop was Lawley Fountain, the fountain outside of the Woodruff Health Sciences Center. Jenna Krumerman (23C) said that the app has actually made her “more present” on campus as she’s navigated to new spots on her search for Pokemon.

While Robertson said he hopes to draw in more funding for the club, right now he’s primarily focused on ensuring that the club continues to thrive long after he leaves Emory.

“As a graduating senior, I’ll be happy to maintain technology in the form of Discord after I graduate, but there will need to be a new president when I leave,” Robertson said.

The clock struck five and the Deoxys began disappearing, signifying the end of Raid Day. As everyone waved goodbye and parted ways, there was an understanding that they would return again and do it all over with the same, if not more, enthusiasm. A special space was created that day, united by this common interest in Pokemon tips and new Pokedex entries.

Lopez said that the club helped her to reconnect with other students again after a “really weird” freshman year defined by the COVID-19 pandemic.

“I was basically all alone again for the second time on campus,” Lopez said. “Without joining in on Pokémon GO and without meeting some of the really great people I’ve met through it, I would still probably be struggling.”

While “Pokemon Go” will likely never reach the peak hype it had in 2016, clubs like Pokémon GO Emory remind us that the app isn’t dead. It’s growing, evolving and fostering positive communities on campus and beyond. 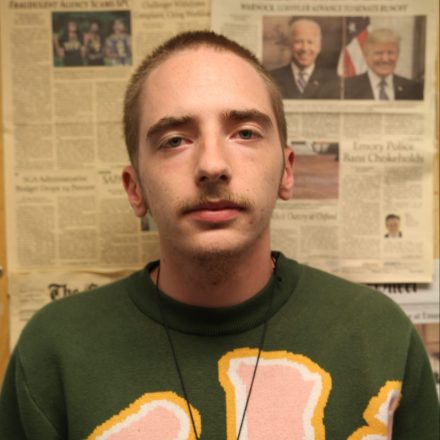 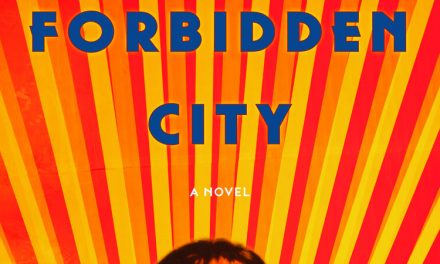 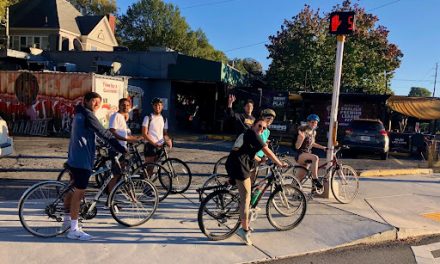