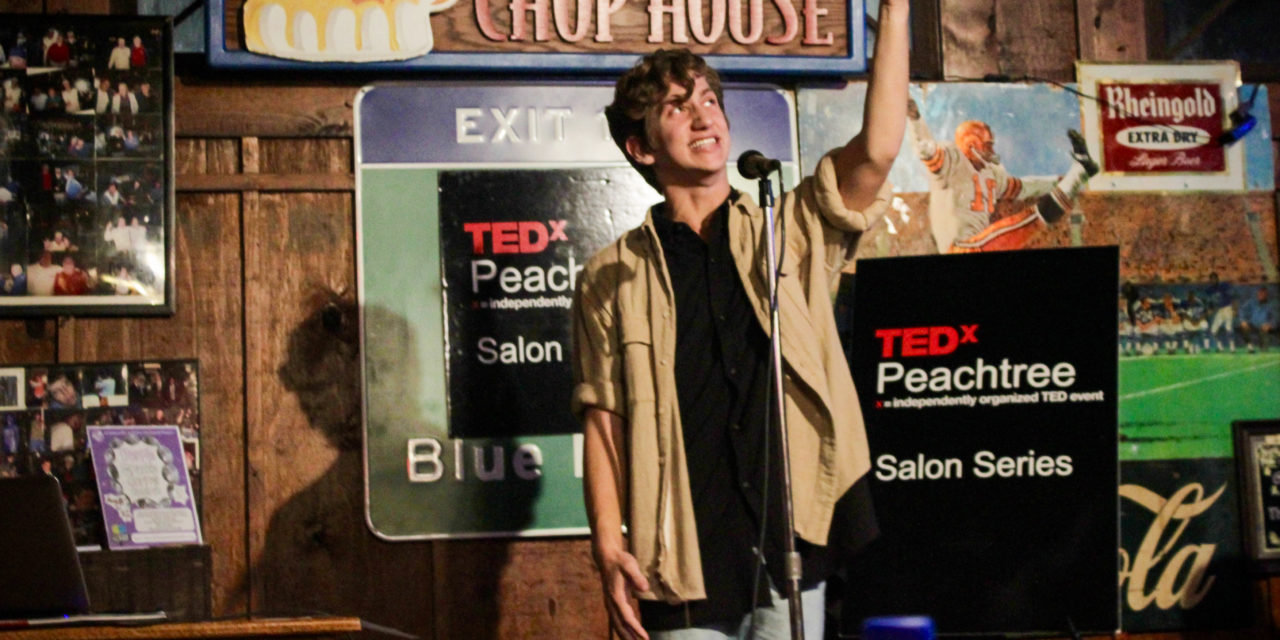 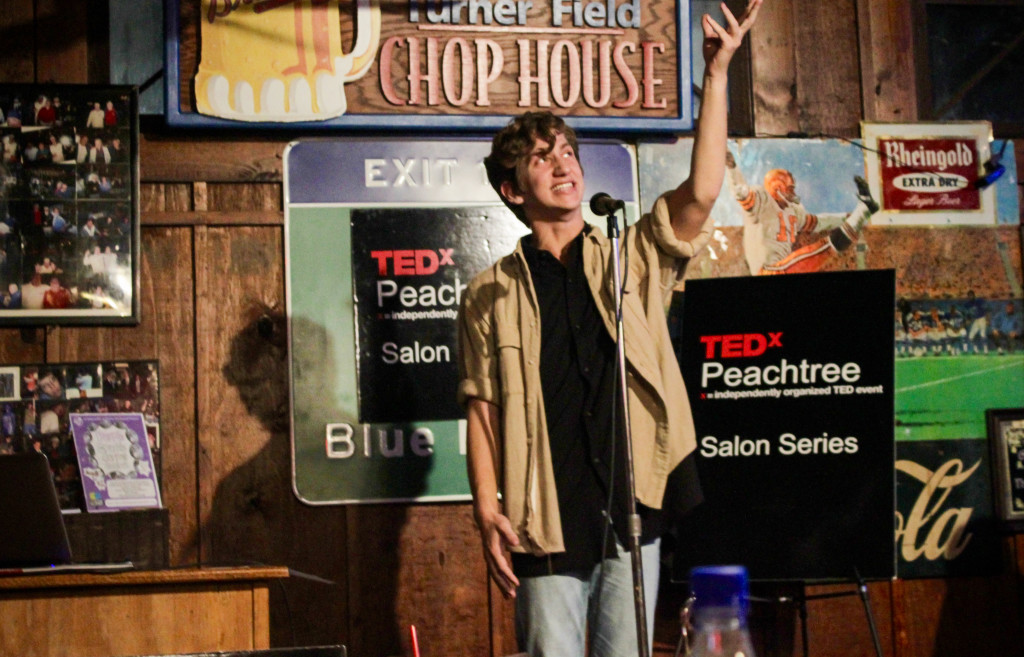 When Anthony Gagliardi’s eighth grade English teacher showed his class a video of the poem “Scratch and Dent Dreams” by Eric Darby and told them to write down any lines that jumped out, he found himself writing down the entire poem.

He fell in love with poetry, he said — instantly.

Gagliardi, a College freshman at the University of Georgia, was one of 10 poets competing in the first TEDxPeachtreeSalon Poetry Slam on Friday night. Hosted at Manuel’s Tavern, the slam was a TEDx event, a platform meant to continue  the spirit of the Technology, Entertainment and Design (TED) nonprofit and share “ideas worth spreading” in local communities.

The event was also a part of the Salon series, which is meant to keep people engaged in the TEDx community between the regular TEDx events.

After showing a video of a TED talk by poet Lee Mokobe about being transgender, host Jason Mallory, editor of pop culture and entertainment website Scene Missing, selected three audience members as judges.

Judges scored the poems on the voice and diction of poets, the poem itself and the interpretation and performance of the poem. Each poet received a score out of 45 points.

Ten poets with a range of experiences, from high school to international stages, competed over the course of three rounds. All poets performed for one minute in the first round, featuring poems about heritage, broken hearts and even a poem about Ahmed Mohamed and his clock.

Only half of the original 10 poets performed in the second round, eliminating those with the lowest five scores. With three minutes each to perform, the five remaining poets spoke on everything from cell mitosis and love to Peter Pan and white privilege.

After deliberation, three local poets were selected for the final round: Ashlee Haze, Theresa Davis and Adán Bean.

Haze delivered “For colored girls who don’t need Katy Perry when Missy Elliot is enough,” a poem on representation in the media, followed by Bean, who performed a stunning poem on vulnerability and love. 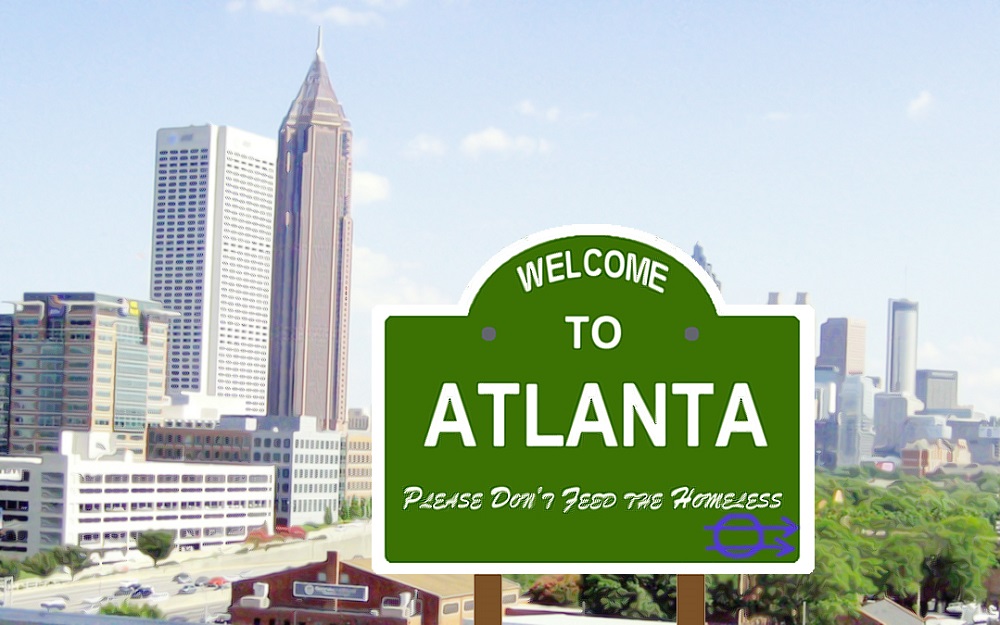 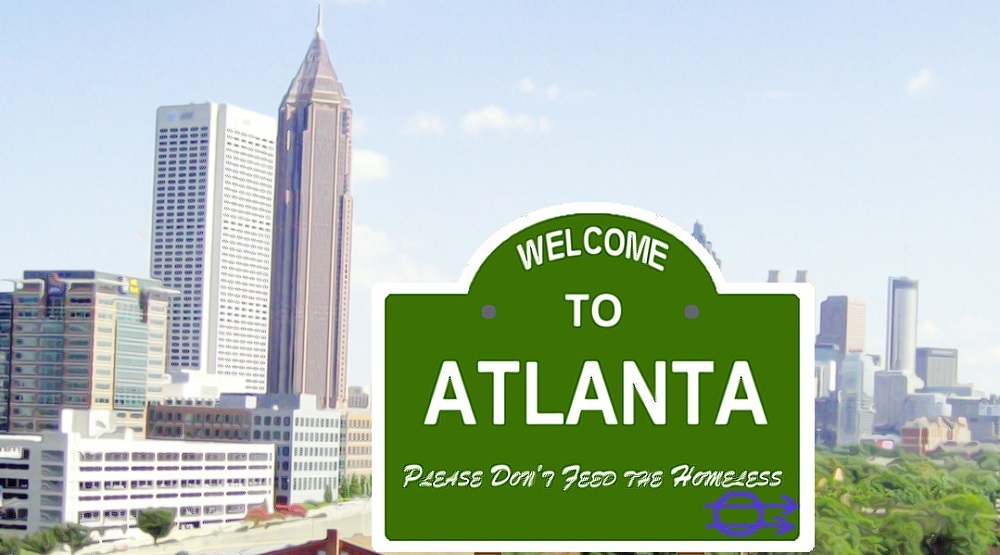 The idea for the slam came about because of the unusually high number of poets who were nominated to give TED talks at the main TEDxPeachtree event this year, according to Emily Lucas, board member for TEDxPeachtree and slam organizer.

“We were going through trying to select the speakers for TEDxPeachtree, and there were an overwhelming [number of] poet submissions,” Lucas said. “That identified the need, [and we thought], let’s tap into this.”

With about 20 to 30 nominated poets, Lucas said it was difficult to narrow the list down to just 10 poets.

Lucas also cited the need to draw in the group of 18 to 24 year-olds to TEDxPeachtree events as an essential part of the slam.

“We saw [that] this group is out there,” Lucas said. “[We wanted to] make sure we’re not ignoring the incredible creative talent in high school and college students, because they add to the arts scene in Atlanta as well.”

For younger poets like Gagliardi, who competed against people he has looked up to for years, the slam was a unique opportunity.

“We love to highlight the talent in Atlanta,” Lucas said. “Normally, we have some sort of poet or artist perform [at our main conference], but anything we can do with the TEDx platform to elevate the arts and creativity in Atlanta, we want to do.”

TED is no stranger to the arts scene, particularly not to poetry. Historically, several major poets have given talks at their main conference, including the likes of Sarah Kay, whose talk on self-expression and poetry has more than eight million views and Shane Koyczan, whose poem on bullying and self-acceptance went viral. 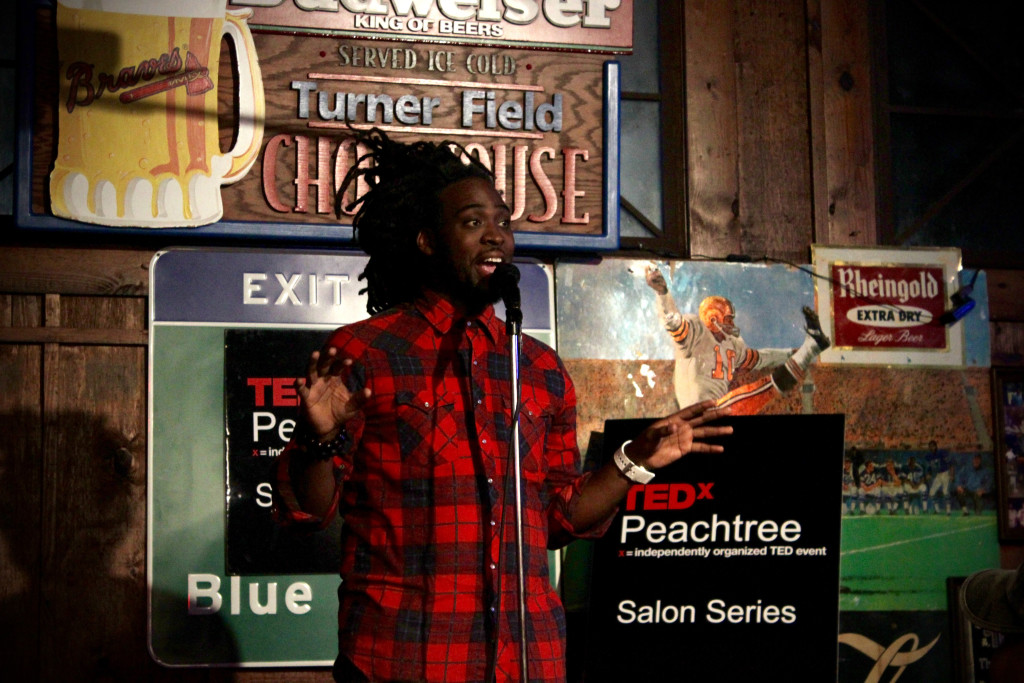 TEDxPeachtree has featured not only its fair share of poets in the past, but has also utilized poetry to compile the major themes of its conferences, with Kennesaw State University sophomore Rachel Pendergrass live-tweeting the 2013 event in haiku and then composing and sharing a sonnet at the end of the day. Daniel Weingarten (‘13C) also composed a spoken word poem for the 2011 TEDxPeachtree conference and spoke at the 2012 event.

TED conferences put the art form of poetry in front of a group of people who wouldn’t normally engage with it, according to Gagliardi.

And for Pendergrass, slam poetry and TED talks go hand in hand.

“I think they’re both versions of ‘ideas worth spreading,’” she said, citing the TED slogan.

This year’s TEDxPeachtree conference will be held on Nov. 13 at the Georgia Institute of Technology’s Ferst Center for the Arts.