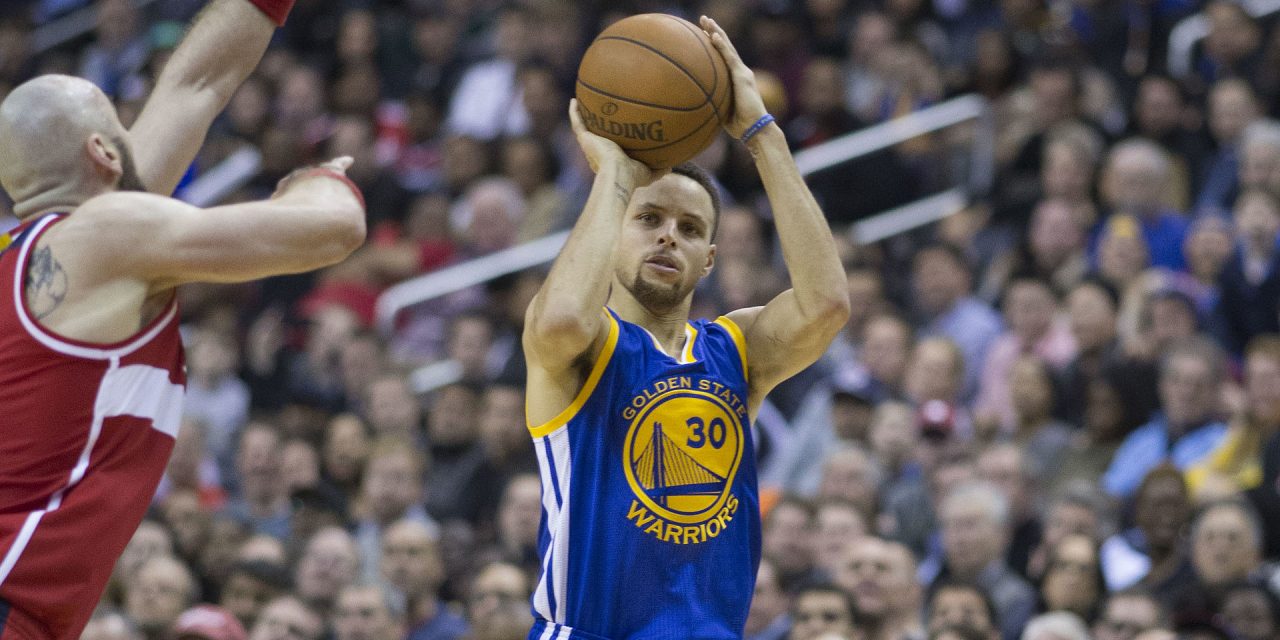 Just minutes after the Houston Rockets fell to 3-6 on the year, superstar guard James Harden thanked the Houston faithful for eight successful seasons in H-Town as he began a new chapter of continuing his basketball career with the Brooklyn Nets.

It was only a few years ago that Harden commenced his rise to stardom. In 2012, Harden was traded by the Oklahoma City Thunder to the Rockets after winning the Sixth Man of the Year Award. Once a player coming off the bench, Harden became the center of Houston’s offense, and the star shooter was soon the face of the franchise. Rockets ownership gave their newly acquired star the power to make help decide practice schedules, as well as which players the team should acquire..

During his eight-year tenure with the team, Harden won the 2018 NBA MVP award and multiple scoring titles. Harden played alongside other stars like point guards Chris Paul and Russell Westbrook, and he and his teammates set a franchise record for regular season wins in 2018. Harden also had some success in the playoffs, leading the team to the Western Conference finals in 2015 and 2018.

Yet, one accomplishment had still not been achieved in his eight years as a Rocket: an NBA championship.

“I love this city,” Harden said in his final postgame press conference as a Rocket following months of publicly revealing his displeasure with the state of the team. “I’ve literally done everything that I can. The situation is crazy. It’s something I don’t think can be fixed.”

The superstar pushed heavily for a trade during the first couple weeks this season, listing his preferred destinations as Brooklyn or Philadelphia as if he had a choice as to which team Rockets management would trade him. Although, the narrative that Harden still had lots of power in the organization was true even in his final days — the ball always was in Harden’s court.

Had the Rockets not traded him, Harden would likely have left at the end of his contract and could have even decided not to suit up while awaiting a trade as his investment in the team was nonexistent before he was dealt to Brooklyn.

This is the era of player empowerment in the NBA. If a star like Harden is fed up with their current franchise, even with years remaining on their contract, they often can force their way out with a trade, as their teams also want players and draft capital as a parting gift.

Harden was traded by Houston on Jan. 13 and joined the Nets, alongside superstar point guard Kyrie Irving and small forward Kevin Durant, forming the NBA’s latest edition of a superteam. Throughout the past decade, this generation of NBA stars — headlined by forward LeBron James, Durant, point guard Stephen Curry and many others — have been known as the superteam generation.

However, the notion that a superteam is a new phenomena is incorrect. Superteams have been around since the early stages of the NBA but have been brought to scrutinous attention with the rise of social media. The trend of players forming superteams started to gain traction when James had a television special on ESPN in 2010 to announce his infamous decision to join the Miami Heat with power forward Chris Bosh and shooting guard Dwyane Wade, both of whom were All-NBA talents.

Throughout NBA history, dominant players have joined and played together for years, and teams have made acquisitions to create and continue building better superteams. In 1995, the Chicago Bulls traded for power forward Dennis Rodman, joining shooting guard Michael Jordan and small forward Scottie Pippen in their efforts to add to the three championships they had already won that decade. In the 2003-04 season, point guard Gary Payton and power forward Karl Malone signed with the Lakers to try to win a championship ring as both had yet to hoist a Larry O’Brien Trophy, playing alongside shooting guard Kobe Bryant and center Shaquille O’Neal, who had just won three consecutive championships. The list of these superstar combinations goes on and on, and there have been countless groupings of excellent basketball players in every era.

The difference between superstars of the modern era and past eras involves a few factors, the first being loyalty. The faces of franchises used to be more determined to win rings for the teams that drafted them. Bryant, and power forwards Tim Duncan and Dirk Nowitzki, all of whom played at least 19 seasons with their respective franchises, are just a few names that come to mind when discussing loyalty and winning championships with their original teams.

Nowadays, superstars have come to realize that it’s quite difficult to win a championship without the right team, a lesson that legends such as Malone and point guard John Stockton were too late to realize. The power that players hold in today’s NBA is unmatched: teams want to keep their superstars happy so they do not leave. In doing this, teams will do almost anything to keep their stars happy and have a better chance of landing other superstars and becoming title contenders in the process.

For example, forwards Anthony Davis and Kawhi Leonard wanted out of their situations in New Orleans and San Antonio, respectively, and were able to leave their teams on command. Harden has now done the same. In terms of the dynamics of the league, there are more teams in the league than there were in the 1980s, theoretically decreasing the likelihood of superteams.

The relationships between players in the league have strengthened in the modern NBA, in part by expanding the Amateur Athletic Union, the primary basketball league for young players, and USA Basketball. The stars of the league have played in the basketball circuit and have grown up knowing and competing against or with each other. Durant, Irving and Harden were all friends before teaming up together, and the same goes for James, Wade and Bosh.

Lastly, there are more superstars in the league than there were in past eras. The level of talent in the NBA has increased immensely. While James joined a superteam with the Heat, superteams have existed for as long as the league has been around. James’ decision gave the players the power to play wherever they wanted to, and franchises realized that their team can transition from mediocre to contending status in just a matter of years if they surround their superstars with the right help.

At the end of the day, it’s the players’ league, and we are all just living in it. 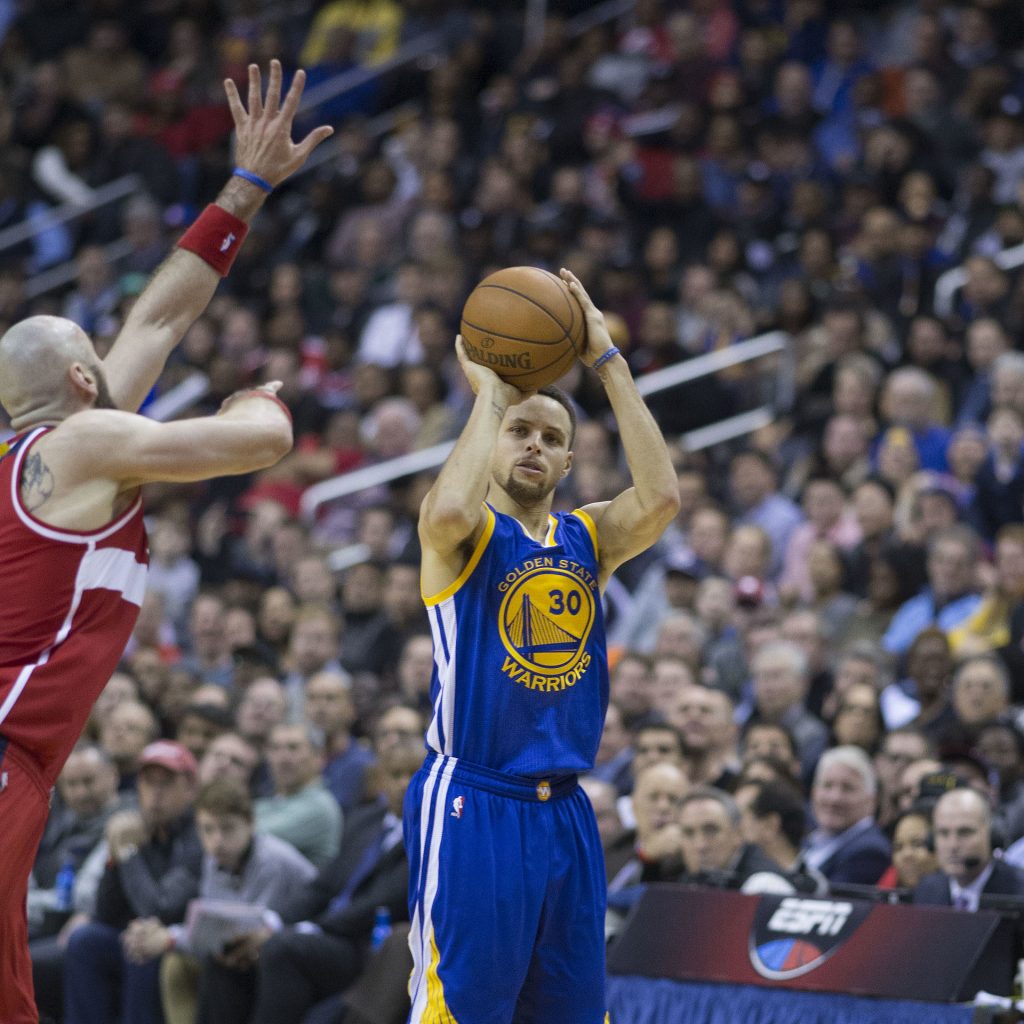 Golden State Warriors point guard Stephen Curry pulls up for a shot against a Washington Wizards defender. Curry is one of the leaders of today’s superteams. (Wikimedia Commons/Keith Allison)