Pixar Panel Shows the ‘Ins And Outs’ of Animation 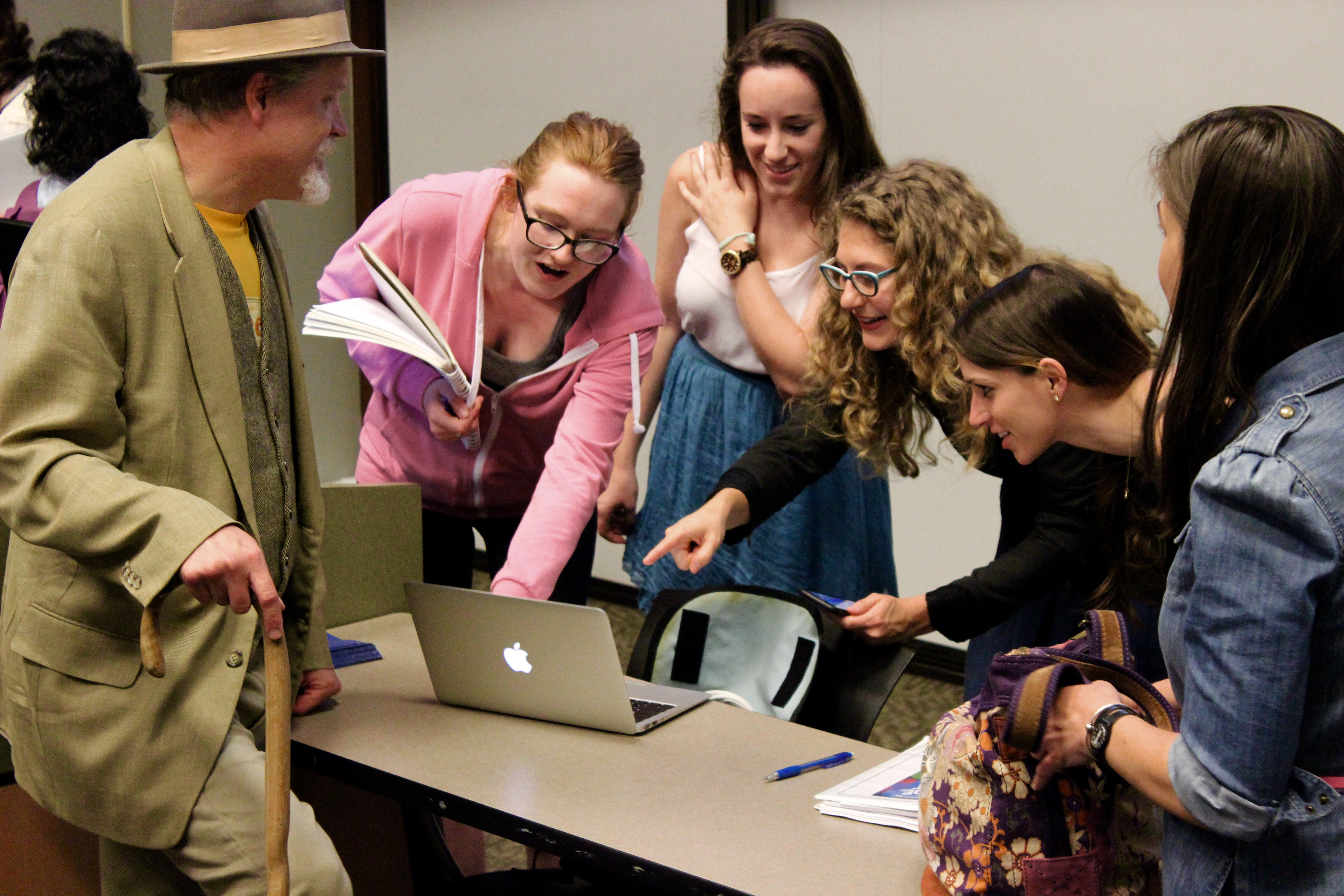 “I want it to ‘womp,’” a story artist told Pixar animator Fran Kalal. “Can you make the hair womp?’” As a technical artist who works with computer generated images to make animation, this is a question that Kalal needs to understand and bring to life.

Pixar Animation Studios Cloth and Simulation Director Fran Kalal hosted a presentation about her role in Pixar Animation for Emory students in White Hall 208 on Wednesday, April 22 at 5 p.m. She walked the audience through her day-to-day schedule and her work in animation, focusing on her animations in Disney Pixar’s upcoming movie Inside Out.

The film is a story about what takes places in the mind of Riley Anderson (voiced by Kaitlyn Dias), an 11-year-old girl, when her family moves to a new city. Inside Out tells the story of Riley’s five Emotions, Joy (voiced by Amy Poehler), Sadness (voiced by Phyllis Smith), Fear (voiced by Bill Hader), Anger (voiced by Lewis Black) and Disgust (voiced by Mindy Kaling), as they attempt to guide Riley through the move safely and happily.

Kalal started working at Pixar Animation Studios in July 2007. Beginning as a sets shading artist, she eventually came to work on the Oscar winning films WALL-E, Up and Brave, creating Ellie’s wardrobe in Up and Merida’s dress in Brave. She also started teaching Pixar’s undergraduate interns in a 10-week program.

Kalal’s specialization is in simulation (computer generated imagery), particularly in hair and clothing design. She works with both the technical and creative aspects of animation, joking that her job requires the unique kind of person who both “sews and knows how to use a computer.”

She began the presentation with a clip about what it’s like to work at Pixar, featuring shots from beloved movies such as Finding Nemo, Toy Story and Up. Kalal then walked the audience through the timeline of the various specialized departments for animation, including the rigging department, the shading department and the lighting department, explaining where her job as a simulation director fit into movie production.

“My job is never going to be the same day to day,” Kalal said. “That’s really cool.”

She went on to explain that Inside Out focused more on the mind than the brain, and that the animators wanted the movie to focus more on exploring the personality and consciousness of the human mind. To better understand the construction of the mind, the Inside Out team talked to neuroscientists, psychologists and psychiatrists, eventually deciding to create five characters, each representing an emotion, to build the mind of Riley.

Kalal explained that, even though the film takes place in Riley’s mind, Riley is far from the main character of the movie. Instead, Riley’s five Emotions are the main characters, and her mind is merely the setting.

The movie came about because of director and screenplay writer Pete Docter’s own experiences with his 11-year-old daughter.

“When you become 11, you go through a lot of changes, and suddenly [Pete’s daughter] was a little more quiet, and a little more reserved, and dare I even say moody, sometimes,” Kalal said of Docter’s stories about his daughter.

She told the audience that Docter would ask himself, “What’s happened to the joy, the childhood joy that I remembered from this child’s life?” — the question that truly spurred the creation of Inside Out.

Kalal then spoke about the pre-production rendering of each Emotion in Inside Out. It began with multiple artists, all working on a drawing of the same character independently of one another. Once the artists finished with their initial sketches, they came together to collaborate on each of the characters, attempting to discern what worked well and what did not. The final product usually ended up with little pieces of each artist’s drawings.

However, the process does not end there. Kalal told the audience how the animators create the entire scene, using the brighter colors and different framing shots to help the audience know where to look on the screen, giving the example of a scene where Joy is both in the center of the screen and the brightest figure.

She talked about the process of rendering (the final process of generating an image using computer programming) Joy, describing the questions that the animators asked themselves throughout the development of the character.

To the delight of the audience, Kalal ended the presentation by showing the first 7 minutes of the film.

After her presentation, Kalal answered questions from the audience. She answered questions about being a female in the male-dominated technical industry, saying that she still felt supported and that there are many women to work with, advising female students to keep doing their absolute best.

She described Pixar as a collaborative studio, sharing that the artists are encouraged to see what their colleagues who are working on other projects are doing to find potential ideas to incorporate into their own work.

She also advised the entire audience to always be open to learning new things and asking questions of the other animators around them, emphasizing that it’s important to try to gain an understanding of as much as possible in the technical industry.

At the end of the presentation, Kalal greeted as many audience members as she could. One student showed Kalal an animation that she worked on in class, causing Kalal to laud her efforts and tell her to keep going.