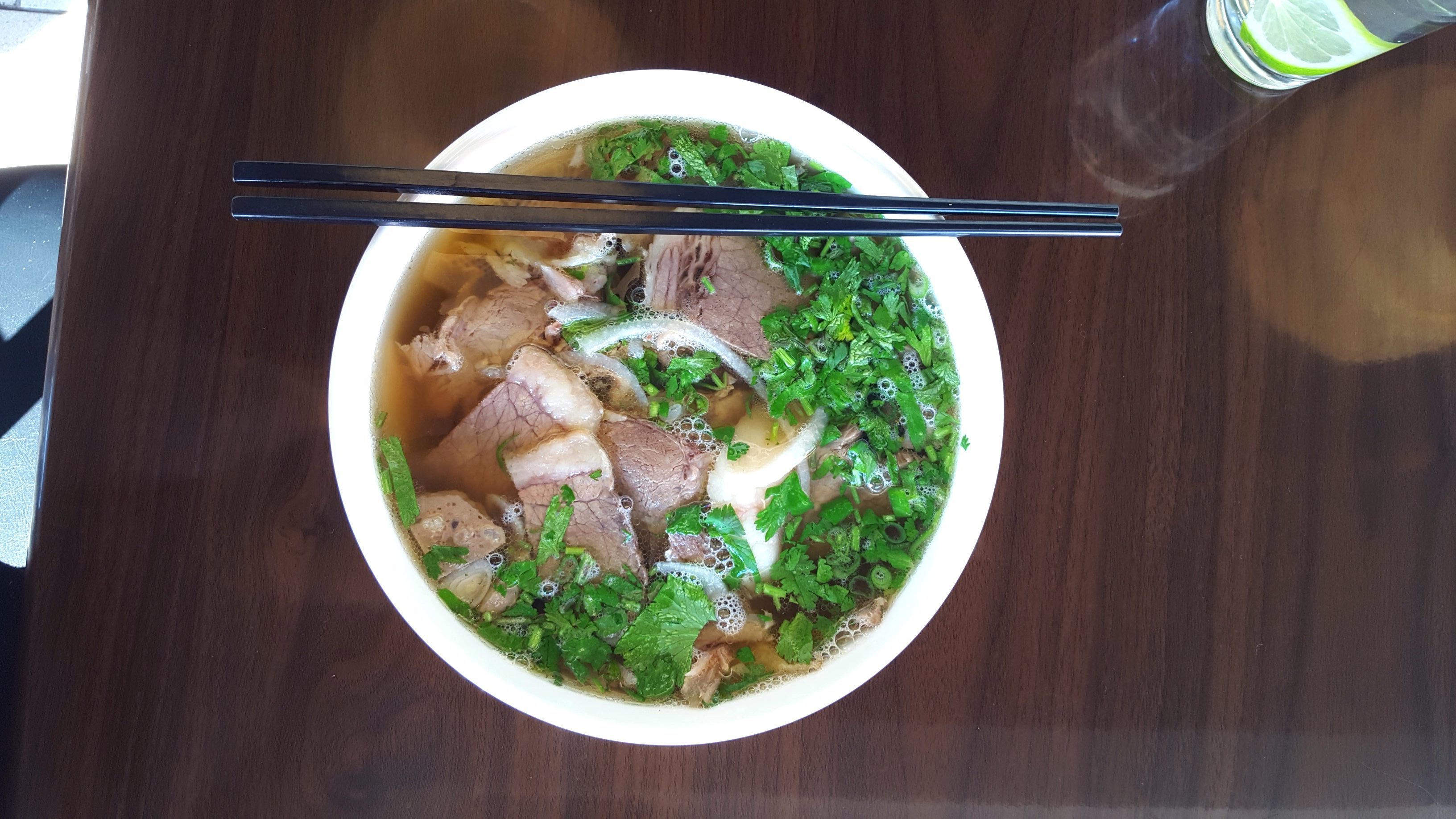 Winter-clogged sinuses and a DUCling-dulled palate woke me late Saturday morning with a craving for rich, flavorful broth. Groggily blinking against the noon sunlight, I let my appetite lead me to Pho Dai Viet.

I visited Pho Dai Viet on a late weekend afternoon. The host led me to a seating area sandwiched between a bar and floor-to-ceiling windows. Afternoon sunlight had warmed the dark wood table, which was equipped with a bottle of hoisin sauce and a bottle of Sriracha sauce. Tile flooring shone beneath my shoes, and gray brick and dark wood paneling punctuated the clean white walls. To the left of the bar, another seating area extended toward the back of the restaurant.

Although the menu offered a selection of smoothies, Thai teas and Vietnamese coffees, I ordered hot jasmine tea, which arrived in a stainless steel pitcher with a teacup. I let the leaves steep before pouring myself a cup.

I also ordered a medium-sized pho — the smaller of two sizes, the other being large — with nam (well-done flank), gau (marble brisket) and bo vien (beef meatballs).

The garnish plate arrived first, about two minutes after I had ordered. A customary accompaniment to pho, the plate included a heap of plump bean sprouts, several leafy sprigs of Thai basil, a fleshy slice of lime and two leaves of culantro — not to be confused with cilantro. (While culantro leaves, which grow in rosettes like lettuce, have serrated edges and can reach a foot in length, cilantro is known to some as Chinese parsley due to its similarities to the more popular spice.) Save a few wilted Thai basil leaves, the vegetables appeared and smelled fresh.

My pho arrived about five minutes later, crowned with a veil of thick, white steam. Verdant cilantro and scallion rimmed the surface of the clear broth, which was peppered with slivers of onion. Thin slices of well-done flank obscured the broth’s depths, but a stir revealed halved beef meatballs and thickly sliced marble brisket nestled in a generous bed of rice noodles.

Because good pho begins with good broth, the first thing I did was sample the steaming liquid with my spoon. A faint blend of aromatic spices chased the rich soup over my tongue and down my throat, where it lingered and urged me to keep sipping.

Then I reached for the garnishments. Everything except the few wilted leaves of Thai basil went into the broth. A generous squirt of Sriracha topped off my pho, which I lifted and folded with my chopsticks.

The sweet zing of the Sriracha, fresh tartness of the lime and bitterness of the greens provided the perfect balance to the savory broth. The meat was so abundant that it was almost impossible to lift the noodles alone with my chopsticks — each time, a chunk of flank or brisket would tag along.

The brisket, though thick and meaty, was tender, and fell apart as it met my tongue. The beef meatballs were plump, bouncy and fragrant with spices, and the well-done flank, though somewhat tougher than the other meats, soaked up the soup’s flavors like a sponge. I ate the flank and brisket two ways: wrapped in noodles, which provided a perfect neutral complement to the meaty flavor, or dipped in Sriracha, which I’d squirted onto a corner of the empty garnish plate.

I refreshed my palate between bites with jasmine tea. Before I knew it, I’d slurped up every last drop of broth. I wiped the sweat off my brow and nose and sat back, my hunger more than fulfilled. Though a tad pricey at $12, Pho Dai Viet’s medium pho offered me a worthwhile culinary experience.

Students who plan to use ride-sharing services to visit Pho Dai Viet should expect steep costs. The drive to North Buckhead could last anywhere between 20 to 40 minutes, depending on traffic. While the distance will prevent me from frequenting the restaurant, I will keep my eyes open for its three sister locations. 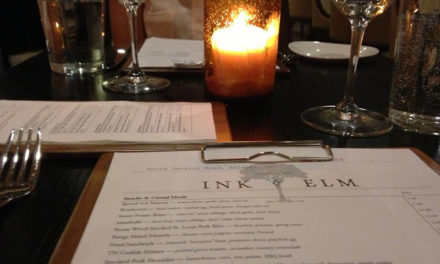