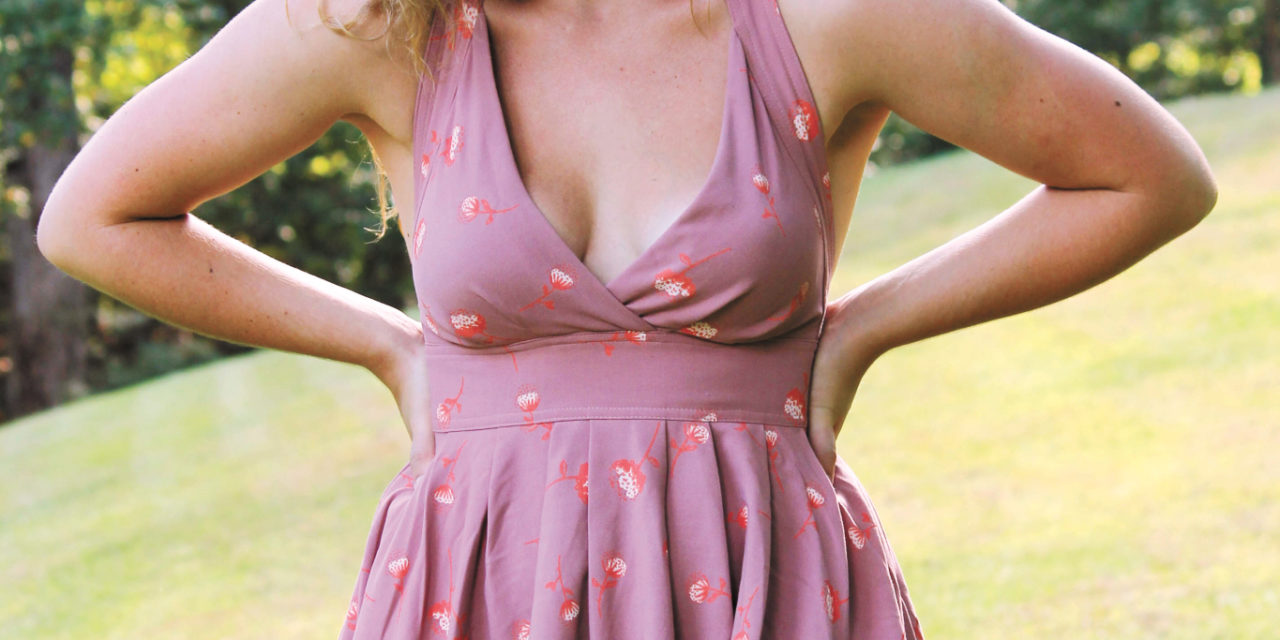 College Senior Bethany Studnicky is an Interdisciplinary Studies major with a concentration in Visual Culture and Integrated Visual Arts Co-major (IVAC) who grew up in Severna Park, Md. During her time at Emory, she started b.stud, a business that sells original and commission artwork, along with graphic design. She invited the Wheel into her cozy room in the Media, Literature and Arts Outreach (MLAO) house to answer a few questions.

The Emory Wheel: Tell me about where you grew up.

Bethany Studnicky: Everyone was super into themselves, and it was really difficult growing up in that area because I have six siblings, so my family didn’t have as many resources as everyone else did. It was a beautiful area, and it was a lot of fun being on the water, but there was definitely a pretentious energy around the whole place that was difficult to navigate.

EW: How did your passion for art develop?

BS: I had trouble with the social scene when I was younger. Not only were the people in my area difficult to get along with, but I was also super overweight, and that led to me being bullied a lot. … People would call me horrendous names, even my family members. I just didn’t feel like I ever had someone to rely on as my true friend.

I took my first art class in seventh grade. One of my teachers, Ms. Burns, saw potential in me and worked with me on a project. It was called the “Peace Begins with Me” poster competition. She helped me through the process, and I ended up winning. It was my first taste of affirmation in something that I did.

That was kind of the first time my family recognized me as someone worthy of their praise. I got frustrated with that because once I received praise from them, I thought it seemed superficial. I went through this process of trying to figure out what I really wanted, and artwork became my testament to my identity. It helped me work through finding femininity as something I could embrace, losing weight and engaging with people in an outgoing and social manner, really engaging with them rather than just chasing them.

EW: What drew you to Emory?

BS: I definitely didn’t want to go to art school. Having been in [a gifted art class], I saw the way that artists were treated when they specifically denoted themselves as artists. I worked really hard on my academics in high school. I felt like if I went to art school, all that hard work would be pushed to the wayside and people wouldn’t recognize it. So I applied to a lot of really good schools, Emory among them.

EW: Would you say that Emory has been conducive to your artistic development?

BS: I would say that Emory has been conducive to my psychological development in relation to my art. But when it comes to the physical creation of art, I can’t say that because they haven’t offered me any mentorship in that way. I think that’s one of the things Emory’s programs lack the most. But, it was because Emory lacked that mentorship that I was forced to find myself as a leader. …  I always had people telling me I had to complete art. I came to Emory and no one was telling me that anymore … yet I still felt this inherent need to create.

I decided I was finally ready to share the work that I was creating with my peers. The business has forced me to learn about the arts industry, but I think it has been detrimental to my own development as an artist because I get pigeonholed into whatever project I’m working on at the time. So when I was doing puppy portraits, I was the “puppy portrait girl.” People think that that’s what I do; it’s what I can do, but it’s not the substantive work that I like to create.

EW: What is the name of your business?

BS: The business is called b.stud, and I sell original and commission artwork, along with graphic design. That’s what my whole Instagram is for … I don’t want to feel like I’m putting them online for social affirmation. But, being a business owner, I know people have to know about my work. People complain to me when I don’t put art up, which is a cool thing. It’s the best thing for me when people say: “Oh, you haven’t put anything up recently.” That’s an honorable experience.

EW: Tell me more about what you are involved in this year on campus.

BS: The biggest thing that I do is run the Emory Arts Showcase … It has turned into the largest annual student art showcase at Emory. At first, it was kind of just a hallway show in White Hall. To watch that process grow has been by far one of my favorite experiences. Our president, [College junior] Wei Wei Chen, has done exceptional things growing the program.

A lot of my volunteering stems from my artwork and my involvement in the Greek community. I volunteer all the time for creating recruitment materials for Alpha Delta Pi, the sorority I’m in. Women’s rugby was huge for me for the first two years, but I recently stopped playing because I needed to re-allocate my time for my thesis.

I’m writing an honor’s thesis right now on identity formation. It focuses on the co-creation of identity and the way that we are forced to physically manifest our identities in order to communicate with our peers. The main concept is about how physical manifestations of self (for example, fashion and vocabulary and artwork) inherently miscommunicate our identities. That miscommunication of identity impedes our ability to access one another’s true selves, if the true self even exists. The conclusion talks about how social media is a new form of self-portraiture, and how manipulations of identity through social media can negatively impact mental health. … Also, I’m going to have my first personal art show this year.

EW: As a senior, do you feel prepared for what lies ahead?

BS: Not exactly. I have a lot of ideas for what I want to do. I know that I want to do something fun and exciting, and that I won’t be able to do with the rest of my life … I’m hoping to take time to travel and see the world. I’ve never been out of the country, which I regret every day.

After that, I want to work or go to graduate school. I intend to pursue an MBA, hopefully to do with brand management. I love learning, so after an MBA I would want to pursue a Ph.D. in Philosophy and Visual Culture. I’d love to stay in Atlanta.