As the U.S. self-immolates following George Floyd’s senseless death, some opinion writers have argued that violent rioting is not merely justified, but is also the sole remaining path forward. However, as much as Floyd’s horrifying murder vindicates the current rage, rioting and looting are wholly unproductive, with violent protests dramatically decreasing the chance of civil rights concessions anywhere between 4.7% and 12.2% according to a study focusing on the civil rights movement, and will beget further pain.

As future community leaders and members of the Emory and Atlanta communities, we must stand against the lawless chaos ravaging our nation and agitate for criminal justice reform peacefully rather than through unnecessary violence. The anger of black Americans is warranted, but anger does not justify wanton destruction and will only hurt underrepresented communities by regressing neighborhood development, spreading COVID-19, hurting innocent people and more.

When protests became riots during the last week of May, several writers excused them with the assumption that violence was their last remaining hope for change. But, as recent improvements in criminal justice demonstrate, peaceful protests do work.

The U.S. has substantially improved police oversight and reduced racial policing disparities over the past two decades, with two-thirds of states reforming their policing policies after Michael Brown’s killing. Police body camera usage, which reduces reports of police brutality, has doubled since Brown was killed by an officer in 2014. Likewise, the rate of black imprisonment has decreased by a third since 2006, the rate of fatal police shootings of unarmed black men have also fallen since 2015 and 40% of police departments have implemented racial bias training in the wake of Michael Brown’s death. Many of the aforementioned trends were accelerated by a 2015 U.S. Department of Justice report on biased policing, which cites interviews with average citizens, city officials and community leaders as the impetus for change — not rioters.

It was the effort of vigorous lobbying by the NAACP and peaceful civil rights activists, not rioters, that brought about the landmark Civil Rights Act of 1964. Most recently, peaceful protests earlier this month, not riots, catalyzed the indictment of Ahmaud Arbery’s killers and now the arrests of the police officers involved in George Floyd’s death. While significant injustice in policing still exists, our country’s continued improvements demonstrate that sustained, peaceful efforts do work.

“A riot is the language of the unheard,” said Martin Luther King Jr. in 1967, but the ability to vote ensures that a peaceful means to make a community’s voice heard and demand change will always exist. Black voters are a very robust voting group, and their influence grows every cycle. For example, in the 2018 midterm elections, white and black turnout increased at nearly equal rates. Likewise, voting barriers are continually broken, as happened in 2018, when Florida restored voting rights to approximately 335,000 felons. Unconstitutional voting identification laws have been repeatedly struck down by courts. These achievements speak to the power of the vote to unify and make changes. While the rule of law works slowly, reform is a marathon, not a sprint, and the ballot box ensures that the cries of the marginalized are heard.

While sustainable and firm yet peaceful actions have shown long-term efficacy, the riots and violence will cause harm and pain. Not only are riots reprehensibly immoral, given the death and destruction resulting from the recent chaos in Philadelphia, Oakland, Indianapolis and other cities, but they are also horribly scarring events for local communities. The riots of the 1960s significantly depressed income and property values in the black-majority communities they occurred in, meaning they did little to improve quality of life. Today’s protests will likely prove more injurious still; the impossibility of social distancing in crowds of tightly packed rioters will likely facilitate the spread of COVID-19, a disease already disproportionately harming black communities.

Most importantly, the more damaging the riots become, the stronger the backlash will be. The 1968 riots propelled former President Richard Nixon’s “law and order” campaign to victory and recent food riots in South America have shown that instability can raise support for authoritarian rule.

As college students, we live in an activist bubble in which every injustice is a war and any disobedience is a battle, but most voting-age Americans do not share our zealous idealism. James Carville, a strategist for former President Bill Clinton’s campaign, famously taped on a wall in 1992, the same year the Rodney King riots broke out, that “it’s the economy, stupid,” underscoring that economic stability motivates moderate voters, not social chaos or financial uncertainty. As protests become more violent, moderate voters will become more likely to support authoritarian criminal justice policy out of fear. For that reason, the recent riots may very well impede law enforcement reform more than they facilitate it.

As a nation, we would be wise to regain our composure and denounce divisive calls to violence. We must condemn President Donald Trump’s tweets threatening that “when the looting starts, the shooting starts” and rioters’ destruction of stores and small businesses alike. We have made significant advances in policing and electoral reform without violence or coercion, but through our constitutional right to assemble peaceably. Instead of breaking windows, we need to break voting records. Protestors’ candles and phone flashlights, not burning Targets or liquor stores, should illuminate Minneapolis at night. Every car overturned, every store looted and every body injured is another wedge that will divide and tear down our community. 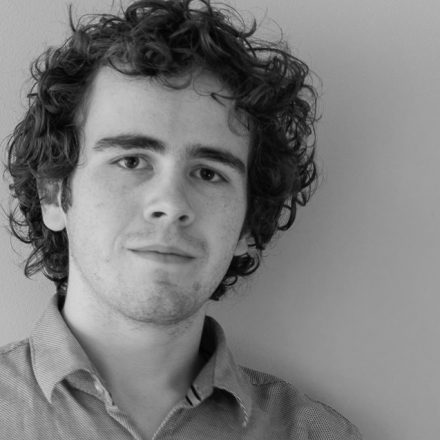 Sean Anderson (19Ox, 21B) is from Atlanta and is dual-concentrating in accounting and information systems and operations management at Goizueta Business School. In his free time, you’ll catch him jogging in Lullwater Preserve, photographing nature and reading about history.