Patel: Expect Trades All Over the First Round 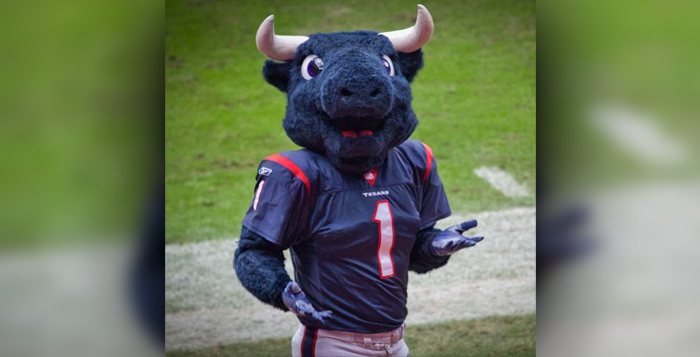 Courtesy of Flickr/Ed Schipul
The Houston Texans mascot, Toro, gestures on the sideline. Toro, like the Texans organization, appears unsure of what to do with the number one pick in the NFL draft.

Welcome to the last edition of the Beej Knows Best for the 2013-2014 academic year. I would like to thank all of my loyal readers – it means more than you know to hear comments about recent articles in passing, or even to get an email or two about my content.

Time has flown by, and I cannot believe that when I return I will be writing as a senior in college. Time has also flown by for the NFL draft scouting process, with the draft rapidly approaching in almost two weeks.

Although I have already made my picks and examined many players, I have a few more predictions to make. I believe that this year is going to be one of the craziest drafts, simply due to the uncertainty at the top combined with the overall depth at many different positions. So without any further ado, I would like to present my two final predictions for the overall NFL Draft.

1) There will be more trades in and out of the first round, and overall, than in any other draft.

Due to the uncertainty about which prospect is truly the best – combined with the teams picking near the top having multiple holes to fill – I believe there will be a lot of trading down and out of the top five. Additionally, I believe teams in the middle part of the draft will be looking for that one missing piece, whether it be a pass rusher, mauler on the offensive line or even a game-breaker at the wide receiver position. The supply fills the demand, and teams will be looking to move.

Two examples of trades I see are the Rams and Falcons swapping positions, and the Vikings trading down with the Patriots. The Rams probably want to trade down because they can still fill one of their holes at the sixth slot, whereas the Falcons are very high on Jadeveon Clowney, Khalil Mack, or Greg Robinson.

Thomas Dimitroff has no reservations about making a home run deal, and will pull the trigger if the opportunity presents itself. I also believe that this is the year where Bill Belichick opts to make a move up, as opposed to down in the draft. New England needs one more playmaker on the offensive side of the ball, and at the eighth slot they could take either Eric Ebron or Mike Evans. Yes, it is a deep draft, but these two players could transform their offense alongside a healthy Gronk and Amendola, The Vikings have a lot of holes, but could probably draft Jimmy Garoppolo and get their quarterback of the future with the 29th pick, and address other needs later in the draft as well.

In addition to first round, I believe due to the depth of this draft, teams will be looking to try and draft talented players that drop. Specifically, I am talking about the talent at the running back position. Although most likely there will not be a single running back taken in the first round, there are starters to be had in the middle rounds. Players like Lache Seastrunk, Carlos Hyde, and Bishop Sankey can step in immediately and be starters. For teams who already have their running back situation settled, or need to fill the roster with young talent, the opportunity to trade down in the third round and pick up an extra sixth round pick, for example, will be too tantalizing to pass up.

2) Either there will be five quarterbacks drafted in the first round, or only one.

I believe the quarterback market is very hit or miss this year. There are teams that need quarterbacks, but overall the value is not the same as it was in 2012. Instead, I believe this draft will mirror 2013, a year where teams recognized their ability to wait on the quarterback position, and address other needs in the first round. However, if a quarterback does get taken early, I believe teams will get antsy, and start pulling the trigger to try and trade back into the first round to grab their guy. The five guys I could see getting drafted, if there is a run on the position, are Blake Bortles, Derek Carr, Johnny Manziel, Teddy Bridgewater, and Garoppolo. If only one gets taken, I could see either Carr or Bortles getting the nod.

As an aside, I am still sticking with my guns and publicly declaring that Johnny Manziel will become the best quarterback in this class, once he is able to fix some of his very fixable flaws. Additionally, there are also many good ‘flyer’ quarterbacks to be had later on in this draft.

A ‘flyer’ simply means a quarterback that a team will bring on and try to develop behind an already established starter. Guys like Tom Savage, Zach Mettenberger, and even AJ McCarron have the potential to carve out a role for themselves in this league. If they have to sit a few years behind a Peyton Manning, a Tom Brady, or even a Ben Roethlisberger, I believe they can develop into a quarterback of the future. Look for teams without explicit needs at the position to draft a quarterback this year.

Oh, and one last thing before I leave everyone alone. If all the trades fall through, it’s going to be Clowney, Watkins, Mack, Carr and Evans. Write it down, bet on it, and make some cash for the summer. You’re welcome. 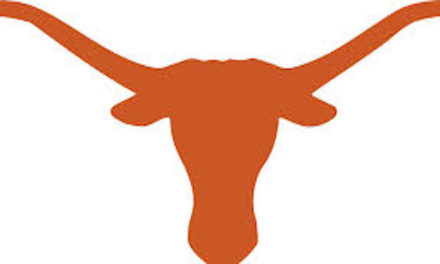