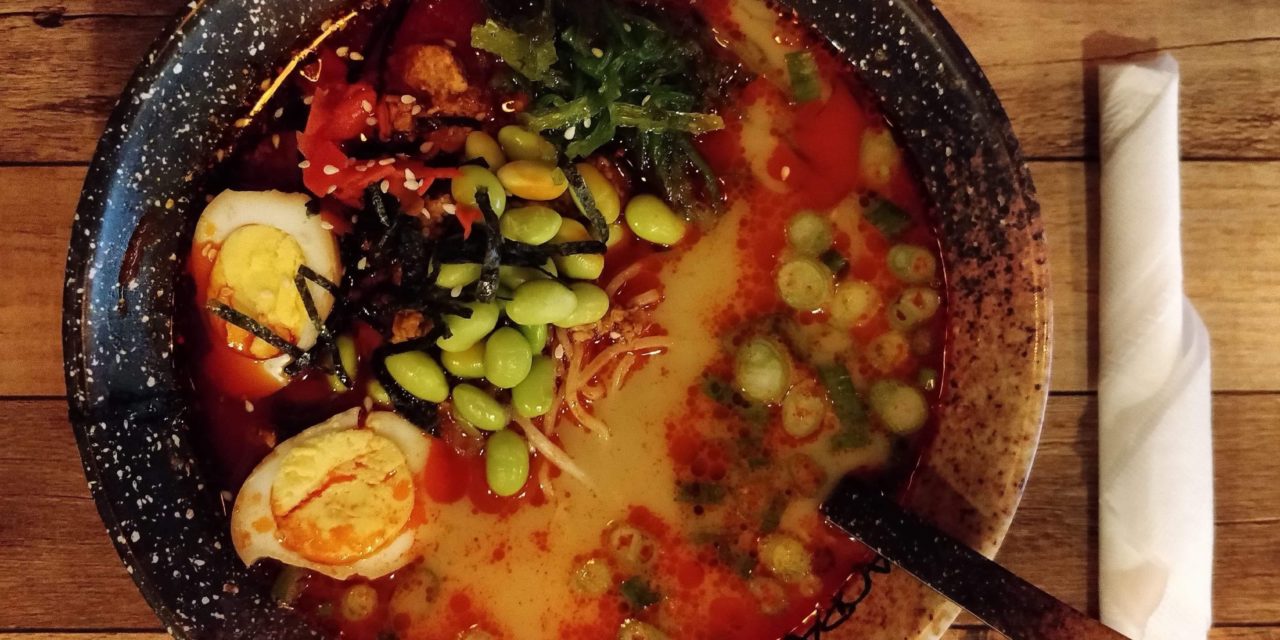 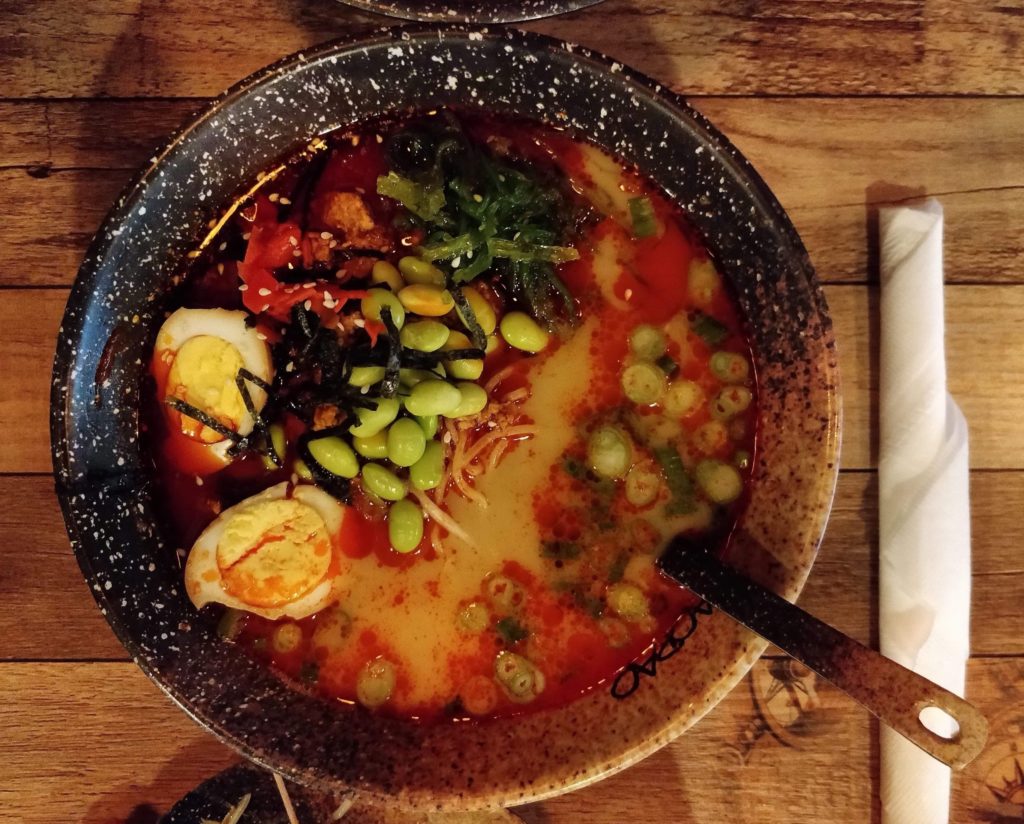 Tucked between Flying Biscuit and Kale Me Crazy at the Toco Hills Promenade, Pao Pao Ramen Factory & Bar opened its second location in March 2019 after success at their Buford Highway location. The restaurant looks the part of a playground for foodies, with a witty anime-style mural of a child devouring a large bowl of ramen dominating the main dining space.

Offering vegan, vegetarian and meat entrees and appetizers, the upscale restaurant takes no shortcuts in serving up a range of conventional Japanese bites and noodle-based entrees.

My three friends and I began with the appetizers. While they ordered a six-piece plate of vegetable gyoza, I chose the pork belly Pao Pao bun. I was enamored by the thick, succulent pieces of pork in the Paopao bun, but my vegetarian friends expressed disappointment with the small size of the gyozas which seemed overpriced at $5. Two appetizers proved insufficient for our party of four.

For the main course, I ordered the volcano miso ramen, which featured spicy ground chicken, edamame, pickled seaweed salad, an egg and thick noodles. I loved its fiery broth — sour from the soybean paste and subtly spiced with red chilies.

The staff was very attentive to our spice and dietary preferences. For those that find most spicy foods unbearable, myself included, medium spice turned out to be the perfect decision. The pea-sized bits of savory ground chicken had evenly soaked up the spices from the rich broth, which wonderfully complemented the rest of the ingredients.

Toward the end of my meal, I sneaked a glance around our table and noticed that my three friends had lost all motivation to finish their large portions. My two vegetarian friends ordered the Buddha vegan ramen and spicy hot pot with tofu, respectively and were pleased with the plentiful variety of greens. For an extra punch of protein, both added a soft-boiled egg for $1 each.

My other friend opted for the kimchi seafood heaven ramen, which featured thin noodles in a spicy broth that balanced the kimchi’s acidity with the meatiness of shellfish. However, overwhelmed by the sight of a whole octopus, he too was unable to finish his large portion.

Though my ramen packed an explosion of flavors and textures, my senses were not fully engaged. Bright fluorescent lighting, multi-colored armchairs and loud music flooded the dining room and drowned out the mouth-watering aromas of the food.

Overall, dining at Pao Pao Ramen was well worth its price of about $12 per bowl of ramen and $5 per appetizer.  I highly recommend the volcano miso ramen and would eagerly return for another bowl. With an albeit trendy interior, bold flavor profiles and well-balanced arrays of ingredients, the restaurant offers an upscale dining experience for students seeking a fresh alternative to current Emory staples, such as Dragon Bowl or Wagaya at Emory Village.