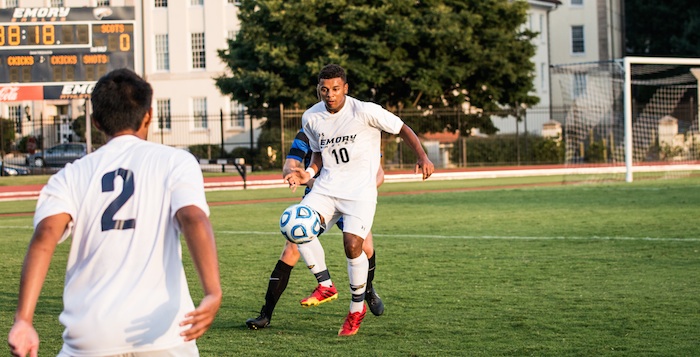 The men’s soccer team extended their winning streak to eight on Wednesday night with a 2-0 win on the road against the Birmingham-Southern College (Ala.) Panthers. Emory entered the game ranked seventh in Division III, and the Panthers are ranked fourth in the region.

“I was worried about this four game road stretch, but our guys have adjusted very well,” Travis said.

The Panthers, who Travis called “the best team of theirs I’ve played against at Emory,” kept the game close for the first 75 minutes.

Sophomore forward Jason Andrejchak also praised the Panthers. “It was a rough and physical game against a team who is probably the best we have played all year,” he said. “[The score didn’t show] how close the game actually was. It came down to the last 15 minutes.”

The first goal would come for Emory in the 76th minute, off a run from Andrejchak and a fin- ish from junior forward Sebastian Hardington. Andrejchak, playing as the center forward, beat the opposing left-back before pulling a pass towards Hardington, who finished with his first touch in what Travis called an “awesome” goal.

The assist was Andrejchak’s sixth of the season, which is the team lead, and the third goal for Hardington. All three of Hardington’s goals have impressively been game winners. The next goal came only five minutes later. Freshman midfielder Jason McCartney was fouled in the box, and senior Dylan Price stepped up and made the penalty kick with composure. The goal was also Price’s third in the campaign.

“It was a huge win on the road, which is always very important for power rankings,” Travis said. “Our team stepped up in a hostile situation and did an awesome job, especially defensively.”

The shutout was the third in a row for the Eagles, a feat that Travis attributed to a combination of “team play, the consistency of our defenders and outstanding goal-keeping from Abe Hannigan and Alex Herbets.” A shutout requires a huge team effort, as “everyone has to work from top to bottom, put pressure on the opposition and win the ball back,” he said.

Travis credited the depth of the team as a huge factor in the Eagles’ early success. “Different guys have stepped up in different games and played outstandingly,” he said.

As the season moves forward, Travis wants the team to “continue to raise the level of play.” 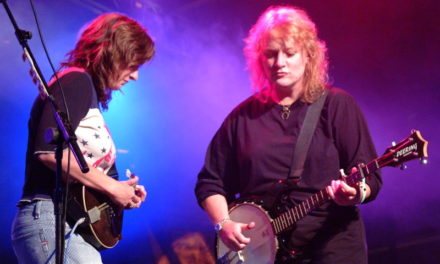 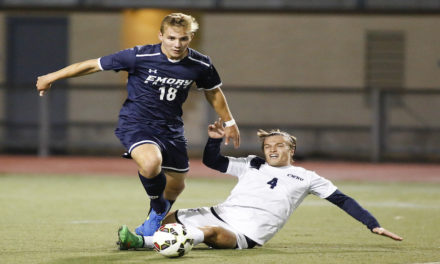 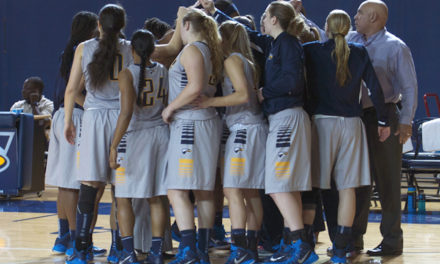 Women’s Basketball Team Moves to 4-1 on the Season