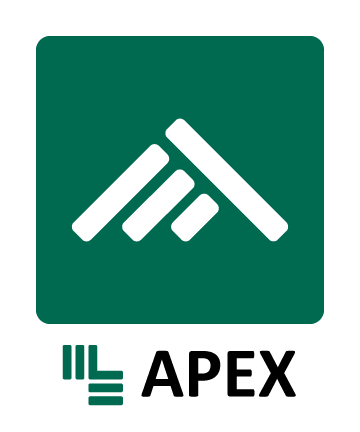 Members of the Emory community came together in panels and workshops to discuss Pan-Asian societal challenges in the second annual Pan-Asian Experience (APEX) Summit on Saturday, March 26.

Arranged by Goizueta Business School junior Wendy Ye, College junior Pratyusha Mutyala and the Office of Multicultural Programs and Services, the APEX Summit attempted to “unite the Emory community as well as various Pan-Asian communities on campus to discuss the broader concepts of an Asian identity,” according to the conference’s website. Students and staff discussed their perspectives as individuals who identify as Pan-Asian, which includes Asian Americans, Pacific Islanders, Native Hawaiians and people having origins in the Far East, Southeast Asia or the Indian subcontinent, according to the website.

Many audience members detailed their experiences of race issues in American society, expressing their discontent with racial bias and lack of activism.

“We’re not fighting for people to accommodate us but for us to be included in this equity,” College junior Molly Zhu said. “We are simply asking for representation and awareness that we are here.”

Yang, who opened the conference, discussed the history of Asian activism in the United States, her experience with student activism at Emory in the 1990s and the value of finding allies for activism outside of the Pan-Asian community.

She described how issues pertaining to Asians are thought of as only “[the Asian] community’s problems” and are not discussed outside of the community.

A keynote address by Allen Gee, professor of English and Creative Writing at Georgia College and author of the award-winning essay collection My Chinese-America, spoke on a range of topics, including his experiences growing up as a Chinese-American child in New York in the 1960s to the current state of race relations in the U.S. He also discussed current issues and recent incidents affecting Asian-Americans, such as the Peter Liang case, biases against Asian-Americans in Ivy League college admissions and a recent incident during which Ivan Tsang, an Asian student at the University of South California, was subjected to racial slurs and had eggs thrown at him. Gee called for greater activism to resolve these issues.

Yang agreed, describing the societal pressure on Asians to assimilate to American society, and yet Asians are still seen as perpetual foreigners by many.

An audience member, surnamed Kim, addressed these “positive” biases by saying that Asians are often considered to be “superior” at everything and that being Asian gives her “instant credit” in the finance world.

College junior Jonathan Chay countered the assumption that being Asian confers some sort of superiority or advantage. He said that he had felt the need to “whitewash” his resume, explaining that “when minorities support their own groups [through extracurricular activities], they are seen as biased.”

He also criticized the East Asian-centric view of Pan-Asian issues from his perspective as a Cambodian-American.

“My mom works as an assembler, my father works as an assembler … when you say that there’s an Asian superiority … you take this group that suffers from poverty and a lack of access to education, and you sweep us under the rug, because we’re not at the standards of East Asians.”

Phong Le, another member of the executive board and a College freshman, described his experience tutoring a small group of Vietnamese-Americans, many of whom had difficulty with math. When asked about their difficulty, many students’ response was that it was because they were a “bad Asian,” as opposed to saying that they were bad at math because they were better at something else.

Zhu described the pervasive stereotyping and lack of representation of Asians in media, as well as how being stereotyped as a model minority makes people consider Asians’ issues as less serious than those of other minority groups. Likewise, Lee said that “there is a lack of awareness that we have issues in the first place.”

“The seriousness of these issues requires a lifetime of work,” Gee said. “Do something. Do anything.”

Others were skeptical of the event, questioning its “core purpose.” Although the organizers did welcome non-Asian students to the event and made a point of doing so in promotions, flyers and the Facebook event for the summit, few non-Asians showed up to the event.

“Why are we preaching to the choir?” one audience member asked. “Why are we not inviting the white community of Emory, and why are they not present?”

Zhu agreed that there was a need to reach out to more non-Asians. She suggested a way to reach out would be to bring up problems faced by the Pan-Asian community in daily conversation.

Regardless, College junior Lotus Chen expressed her support for the goals of the conference.

“I think the most important thing I learned today was that even within a community, you can have extremely different perspectives, some of which aren’t correct or healthy, and it’s really important to continue to educate,” Chen said. 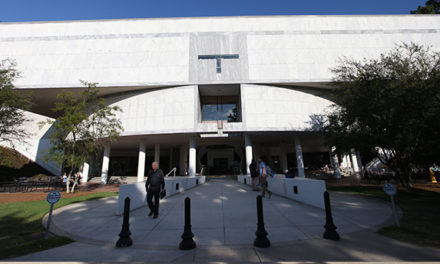 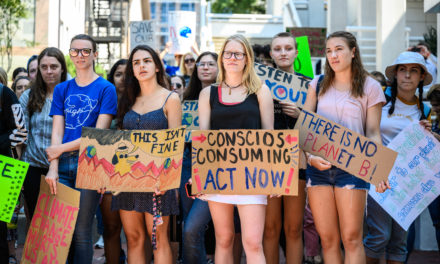