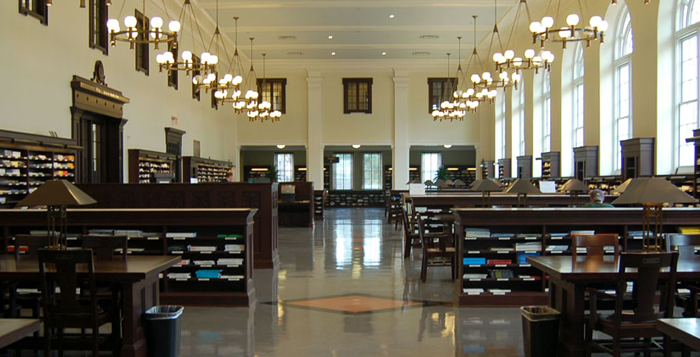 Recently, I was standing in line at Pasta John’s for lunch. All I wanted to do was order some food and get out of there as soon as possible, but while there, I heard a conversation between two young men standing near me. One made a comment about a friend of his who is dating beauty pageant queen Maggie Bridges, or “Miss Georgia.”

As a beauty pageant queen myself, I am always intrigued when someone mentions a fellow queen, so I began to listen to their conversation. After hearing about Miss Georgia, how she was apparently “really hot” and came to a party with this guy, I began to laugh to myself.

There I was, a beauty queen with national titles, standing next to these guys who seemed more impressed by a crown and sash than the personality of this woman, whom I consider my sister queen. I realized that many people might not know what the crown truly means. Many have a flawed idea about what it means to wear that crown and simply attribute it to the physical beauty of the woman wearing it, when it means so much more. I can say from experience that there is more to a pageant queen than her beauty, including how the woman will develop and refine skills that will serve her well later in life.

I can’t speak for every queen, but most of us find it strange how much people idolize and objectify beauty pageant winners. To us, beauty pageants range from a simple weekend hobby to a full blown sport, and yes, pageants are a sport. The time, effort, training and money that go into preparing for a pageant are on par with any sport, and all of that doesn’t always go into doing our hair or choosing dresses.

In fact, many of us despise the term “beauty pageant,” and most pageants have dropped “beauty” from their names and are instead calling themselves “scholarship programs.” The main focus of the competition isn’t beauty in the traditional sense. It is about finding a young woman who embodies the qualities of the organization hosting the competition and presents them in a way that reflects well on the competition and the awarding body.

The side of pageants that the public rarely gets to see is the side that I love. A major component of pageantry is the championing of a cause that is close to the contestant’s heart, or what her “platform” is. Platforms can range from simply promoting volunteerism among youth to something as complex as starting one’s own charity.

The purpose of the platform isn’t to make the woman “look good” or to make up for what some see as the superficial world of pageantry, but rather, it is an opportunity for the winner to use the publicity she receives to make a difference in her community. That’s how the saying in pageantry goes – “the crown gets their attention, and you make them listen.”

In addition to an individualized, personal platform chosen by the contestant, many pageants will also have an organization or cause that they support on a national level. This allows for continuity as the titleholder and her platform change every year, but the relationship with the chosen organization remains.

In the case of the Miss America Organization, the national platform is the Children’s Miracle Network (CMN). The well-developed relationship between Miss America and CMN allows for the current titleholders, at any level, to raise awareness for a single cause that becomes a uniting force among those who represent the pageant. By having a national platform, the pageant not only displays a commitment to helping the community on a large scale, but it also allows individual contestants the opportunity to become involved in the organization as well, an involvement that usually continues well past the end of a reign as pageant queen.

Another major component of pageantry is the preparation it gives young women for their future careers. Pageants consist of more than just walking onstage in a beautiful gown or parading by in a swimsuit. In the case of the Miss America Organization, the most heavily weighted areas of competition include the talent portion and the private interview. The interview section of the pageant consists of a job interview for the position of pageant queen.

However, the questions they ask are far more difficult than anything I have encountered in a job interview. Even your resume is scrutinized down to the smallest detail. The goal is to see how the contestant responds to pressure and potentially awkward situations. The interview is generally the first area of competition. This means that while the audience only sees the contestant and occasionally hears her speak briefly onstage, the judges have had ample time to converse with her beforehand.

This single phase of competition is not only essential for deciding the winner, but also for any young woman who wants to speak with professionals ranging from actors and news anchors to doctors and lawyers. One of the most undervalued aspects of pageantry is the connection made between the judges and the contestant. The pageant is won more often in the interview portion of competition, not while she is wearing a swimsuit.

The other large area of competition is the talent phase. The newly crowned Miss America 2015, Kira Kazantsev, sat cross-legged on the stage and sang a song accompanied by a cup, similar to what was seen in the movie “Pitch Perfect,” as her talent presentation.

This sparked a controversy among pageant contestants and the general public alike, who found this talent to be unrefined and not up to the standards usually used to identify a potential Miss America. Kazantsev’s performance speaks to the evolution of pageantry. She performed a talent that she admits to loving, and while it wasn’t a “traditional” talent, she walked away with the crown.

Pageantry is not about what talent you showcase or how you look doing it. Kazantsev won because she was true to herself and showed the judges and the audience that Miss America doesn’t give up doing something she loves in order to win.

A common misconception about pageants is that the contestants are catty and always trying to sabotage the other women. I am not going to dispute that I have encountered contestants who have behaved in this manner, but I am thankful to say that the majority of women I have met over the years have been amazing, talented and truly beautiful in areas other than just physical appearance. They contribute to their community in a number of ways that cannot all be listed here, but which include fundraising for a variety of charities, visiting children in hospitals and volunteering in local homeless shelters.

Many of these activities are performed without the crown and sash. Pageantry has allowed me to meet women I would never have had the chance to meet otherwise, and it has afforded me the ability to network in a completely unique way, not only with my fellow contestants, but with the judges as well.

My favorite part of pageantry comes at the end of a reign as queen when the winner gives her final speech as the titleholder. It is in these few moments that she recounts how much the pageant has impacted her life. Having given these speeches myself, I have reflected on the girl I was before pageants and the young woman I became through them. I went from unconfident, shy and generally nervous to poised, well-spoken and collected through competing in pageants.

Pageantry is not about winning the crown, it is about learning how to be true to oneself in the most unrealistic situations and presenting this self to the world, prepared to take whatever the response to it may be with poise, grace and confidence.