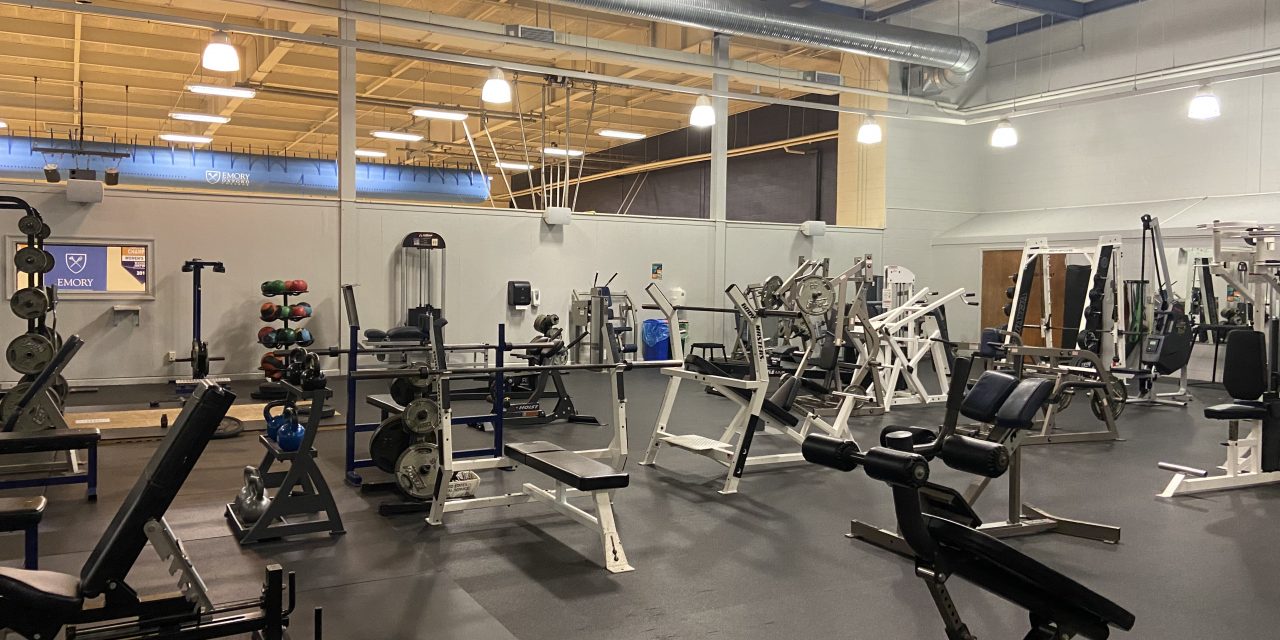 The Williams Gymnasium, the main gymnasium at Oxford, is the only space for indoor sports on a campus that houses nearly 1,000 students. To make matters worse, there is only one indoor court. Popular intramural sports such as basketball, volleyball and badminton all take place in the Williams Gymnasium as do many varsity sports, which compete in the National Junior College Athletic Association.

When different sports are going on at the same time, there are no clear dividers that separate the games. Volleyballs fly onto the basketball court and basketballs roll onto the badminton court, causing safety concerns for students. Zylah Markham (22Ox), an employee at the Williams Gymnasium, is concerned about the dangers of the current gym conditions.

“The courts are sometimes too crowded and this could potentially be dangerous when balls are flying,” Markham said. “It could hit someone.”

According to Markham, during the busiest gym times from 7-10 p.m. on weekdays and from 2-5 p.m. on weekends, the high two-way traffic heightens students’ safety concerns. Gym goers need to be constantly watching for flying balls while playing. 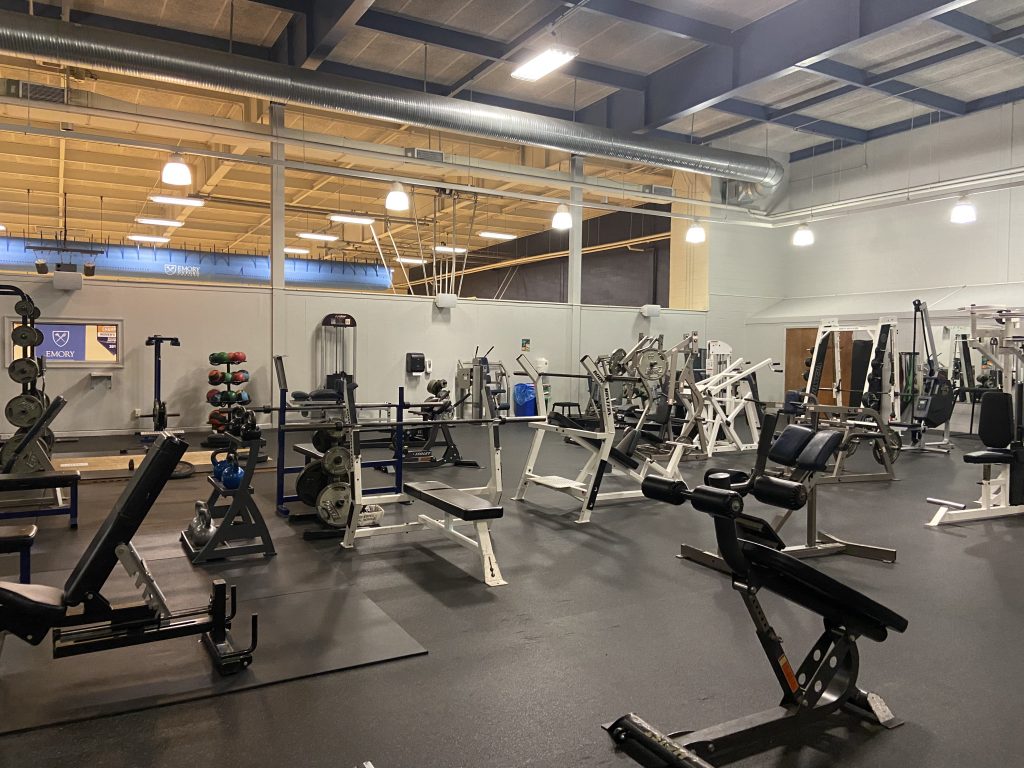 Oxford students have raised concerns about the conditions at the Williams Gymnasium. Gym goers lack sufficient space to work out and are speaking up to administrators. (Sarah Davis/News Editor)

The root of the problem, though, has come from a lack of communication between the gym and the students. There is no public schedule available to show when groups plan to use the gym space. Joe Zhou (23Ox) has been forced to move his basketball games to another location due to the limited space in the gym.

“I realized there are people who play badminton every Thursday night, so we have to move outdoors every time,” Zhou said. “That court is really small and gets slippery if there is mist.”

Due to the lack of communication, students do not know when the indoor courts will be used, or by who. When students have to relocate because of insufficient indoor space, they are unable to have the athletic experience that they expect to have.

“I thought we were able to have available courts when we want to play,” Zhou said. “And given the current limited space, I would like a schedule so we don’t just go there and realize we can’t play.”

When students are able to find space in the small gym, another concern is their inability to follow the COVID-19 protocols as strictly as the University would like. Students are required to wear masks in all indoor spaces on campus. Given the high volume of students going to the gym at once and the limited staff to enforce the guidelines, there is more cause for concern.

“It’s difficult to factor in hundreds of students, with some not wearing masks or cleaning up after themselves,” Markham said.

The list of issues at the Williams Gymnasium keeps growing, and students have had enough and aim to bring these issues to light. Wenye Song (23Ox) has reached out to the Oxford Student Government Association (SGA) through “Speak Up,” a form through which she reported the safety concerns that the limited indoor gym space creates. Students can choose the specific department they want to report to under the drop-down menu in the form which in Song’s case, was the Athletics and Recreation department.

The Oxford SGA responded by saying that there is no immediate solution to the reported problems.

“The school currently does not have the ability to build a new gym, but the Center for Health Living will put it in consideration as they are thinking about their long-term ability to meet student needs,” the email stated.

Assistant Director of Facilities and Operation Andy Spruell is aware of the issue and believes that opening more gym times may help alleviate some of the issues.

“We are in conversation right now to see if we can change it up to maybe offer more free times,” Spruell said. “We just try to do the best we can to offer as much time for activities as we can.”

While students will continue trying to take advantage of school facilities, the problem with the space and schedule of gym usage still remains a high concern for many.

“Courts for indoor sports are necessary, and having more spaces would alleviate COVID and injury related incidents,” Markham said. “More communication about gym usage would also help. Gym traffic will get easier to track and manage as the semester moves forward and the students get acclimated with the schedules.”