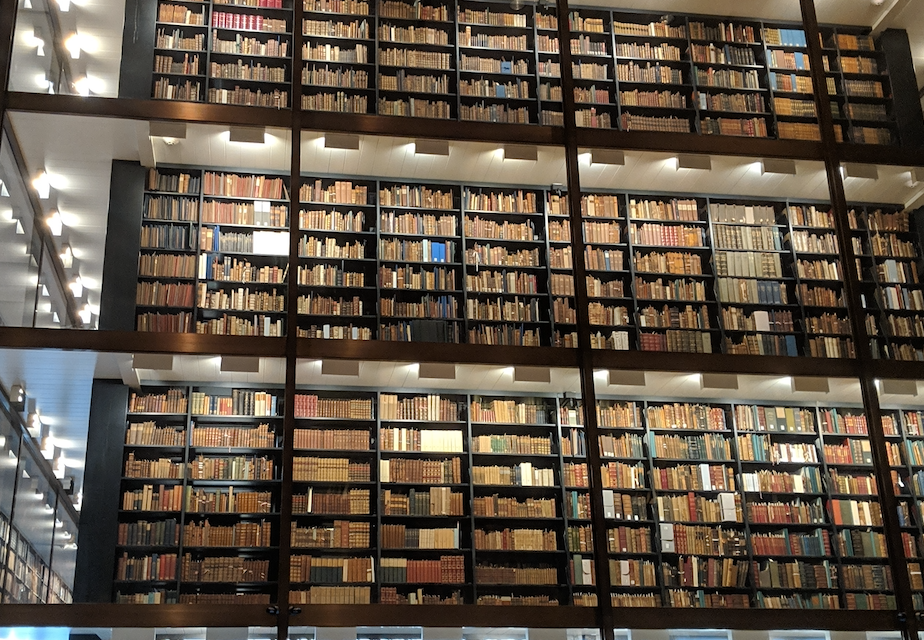 In early March 2020, when Audrey Ruan (20Ox, 22C) and Assistant Professor of English Sarah Higinbotham arrived at the Yale Beinecke Library of Rare Books and Manuscripts, they never expected to uncover an unpublished manuscript, much less one of famous Modernist poet William Carlos Williams.

Ruan first became interested in archival research after a class trip to the Robert C. Williams Paper Museum at Georgia Institute of Technology for one of Higinbotham’s classes on Nov. 13, 2019. Early last spring, Ruan approached Higinbotham regarding archival research opportunities.

“My professor mentioned that she would be going to a conference in New Haven,” Ruan said. “It was really lucky and coincidental because I happen to live around New Haven, Connecticut.”

The pair decided to meet and research at the Yale Beinecke Library of Rare Books and Manuscripts in New Haven over spring break. They didn’t intend to study Williams; Higinbotham was studying 17th-century law, while Ruan was learning the ropes of archival research and hoping to explore a broad range of humanities. 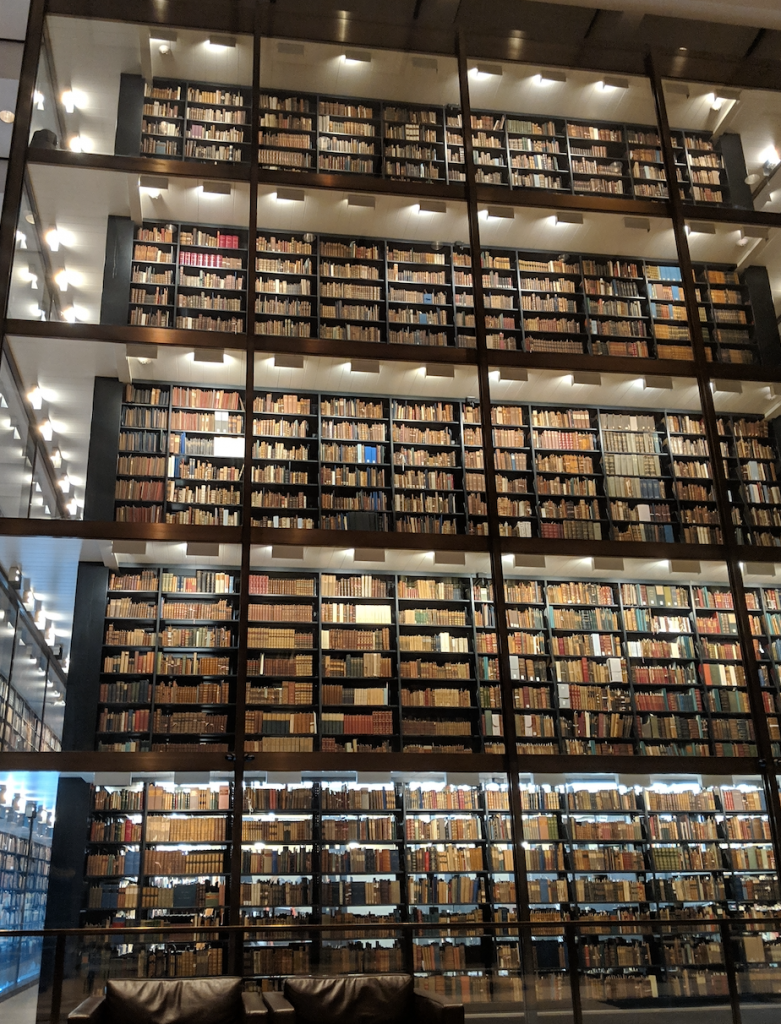 The Yale Beinecke Library of Books and Manuscripts is one of the world’s largest buildings dedicated entirely to books and manuscripts. (Audrey Ruan)

However, when Ruan learned the library housed boxes of Williams’ work, she wanted to see his poetry up close. Ruan, a pre-med student interested in English, stated she has always felt a connection to the late poet and physician.

“I requested all three boxes, and Dr. Higinbotham … brought up that Williams was known for having written and used prescription pads for other reasons than writing prescriptions,” Ruan said.

After discovering that the Beinecke Library stored a few of those prescription pads on site, Ruan began looking deeper into the collection.

“I went through one of the collection boxes and happened to find this one prescription pad that was filed as ‘The use of poetry is to vivify,’” Ruan said. “I was like, ‘That’s a very interesting hook.’”

Curious as to what exactly Williams believed poetry vivified, Ruan eagerly began to transcribe the manuscript. Having difficulty interpreting Williams’ ornamental cursive writing, Ruan struggled in her transcription. She searched for the published poem online, but was surprised to discover one didn’t exist. Confused, Ruan consulted the curator of the collection as well as an expert on Williams, who both verified her find was an unpublished original piece.

“I think the reason it had never been discovered is that people just assumed it was random, unconnected notes instead of a draft,” Higinbotham said. “It was probably a draft of a speech he intended to give, but from what we can tell, he never gave that speech.”

Higinbotham had initially thought the unpublished work was only fragments of Williams’ thoughts. However, upon closer inspection, Ruan realized that Williams had flipped the prescription pad upside down to write on the backs of the pages, connecting the fragmented writings to make a complete work.

“It was really kind of unbelievable and fortunate that I could find something that Williams had wrote … that hadn’t been discussed before,” Ruan said.

“[Ruan] had been so interested in neurobiology and becoming a doctor … then she started exploring business and English,” Haas said. “Seeing that research project and how much a focus on William Carlos Williams trying to balance out … his work and the passion for poetry … I was like, ‘This encapsulates [Ruan] perfectly.’” 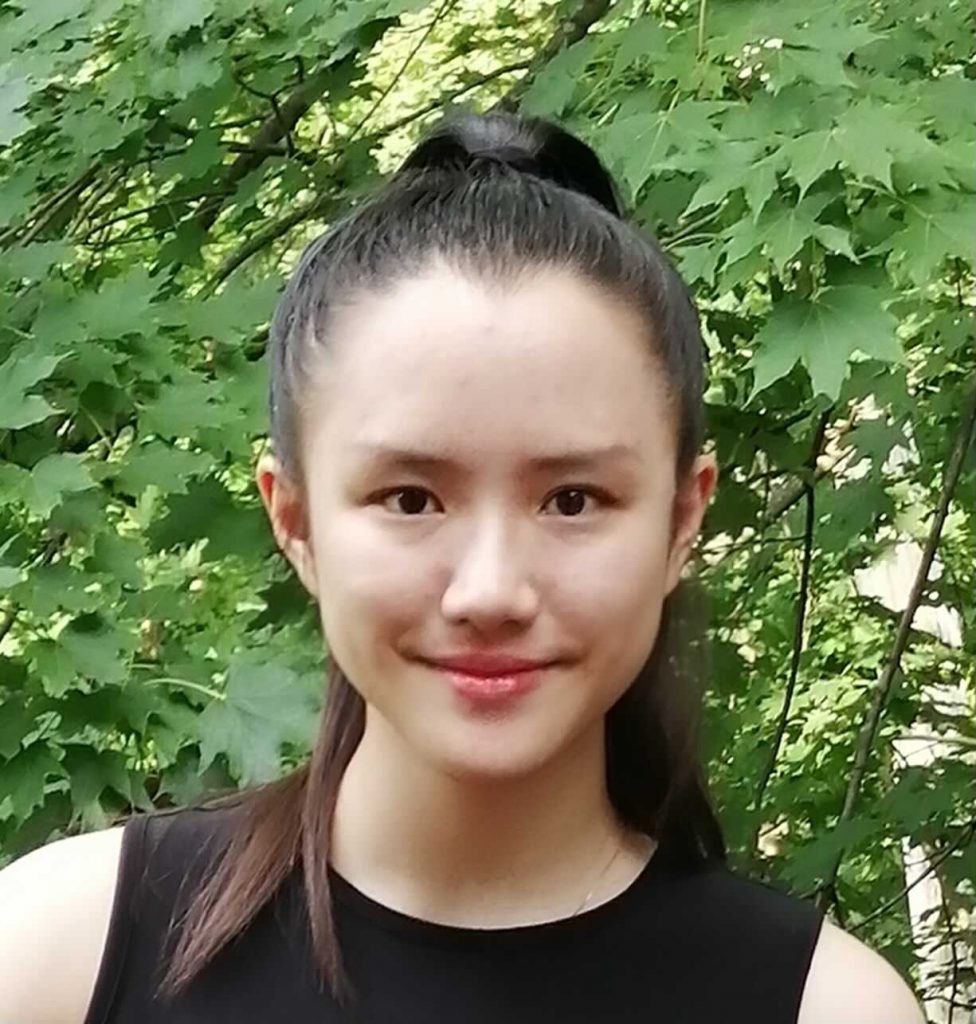 Audrey Ruan (20Ox, 22C) made a rare discovery at the Yale Beinecke Library of Rare Books and Manuscripts over last spring break.

After making her discovery in March, Ruan worked with Higinbotham to develop a short essay as emerging research for the British Medical Journal Medical Humanities blog to publish her discovery. In her essay, she explores the idea of studying the humanities as a way to approach the problem of uncertainty in the sciences.

“In STEM and the sciences … you are mostly trying to eliminate uncertainty, or if you run into uncertainty, that’s a problem to be solved rather than something to engage with and to enjoy or struggle or grow from,” Ruan said.

She connected this idea to the COVID-19 pandemic, specifically to when it was uncertain whether a vaccine would be readily available and effective. She wrote that poetry could serve as a “force of imagination” to heal when medicine could not.

“Poetry and humanities show that history repeats,” Ruan said. “A lot of experiences in some form have been dealt with and been experienced by other people through time … That’s one of the joys I think taking English classes provides too … you’re kind of looking through and synthesizing a lot of worries and thoughts from people so long ago and finding that they still apply.”

Higinbotham hopes Ruan’s discovery will encourage more students to participate in archival research, emphasizing that many archives welcome undergraduates to study their materials. Higinbotham also noted that she received emails from professors nationwide and abroad about Ruan’s work.

“People have been thrilled and elated with this find,” Higinbotham said. “Not only because it shows a new and unique perspective on the bridge between medicine or science and poetry but also because it represents that there is so much to find out.”