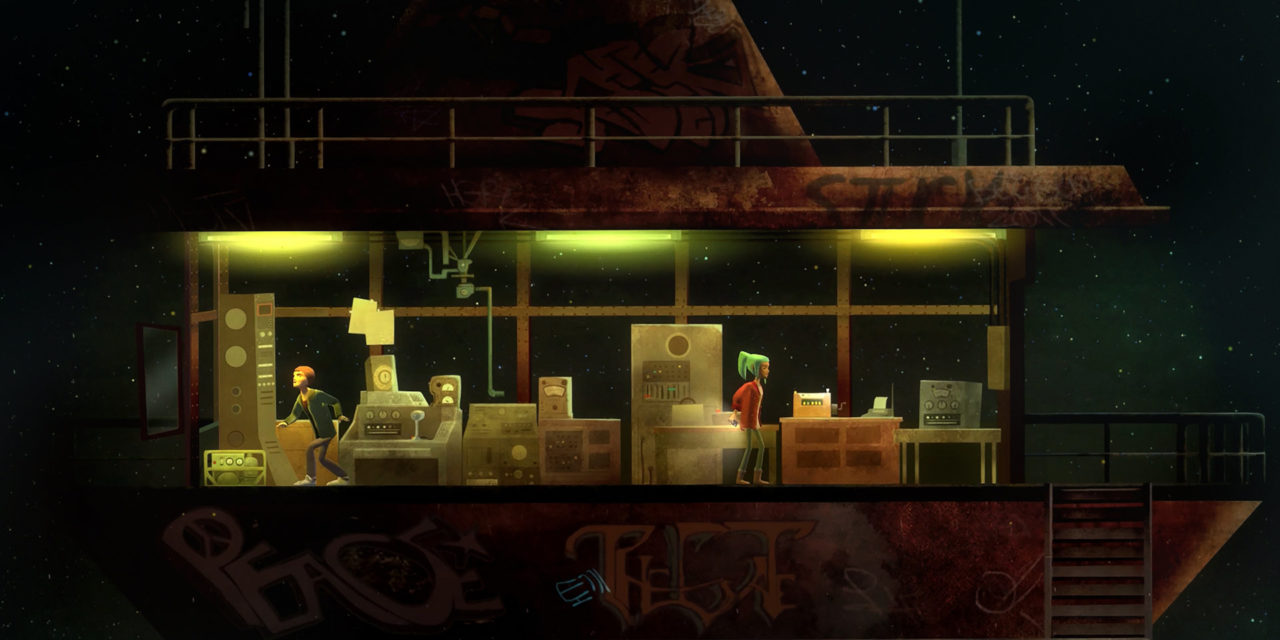 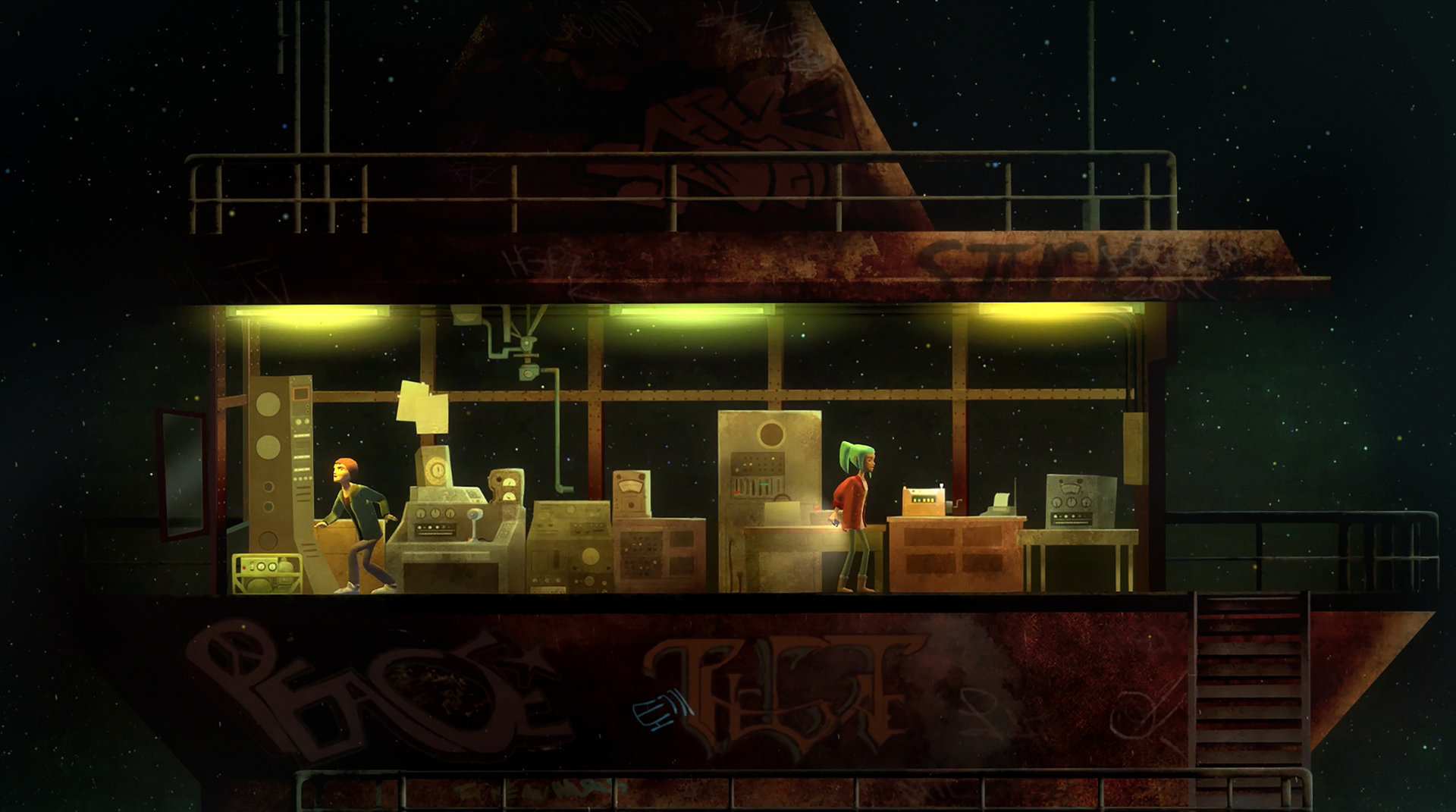 Nowadays, video games seem so focused on creating pristine graphics indistinguishable from reality. These 3D models of people and stunning environments allow game developers to create film-like narratives in which players can immerse themselves, (i.e. recent release Resident Evil 7: Biohazard) with choices that supposedly affect the game’s ending. However, great graphics and a movie-like storyline do not necessarily make for a good game.

In recent years, simpler games have exemplified what a video game should actually be. Night School Studio’s Oxenfree is one such example, combining a sprawling storyline and multiple endings with a more abstract art style of dark green and blue tones that complement the game’s science fiction storyline.

In Oxenfree, you are Alex, a teenager accompanied by her new step brother Jonas and best friend Ren to an overnight party on a small island. As the night progresses, Alex and Co. uncover portals to another dimension. They struggle to leave the island while escaping time loops, hallucinations and what appear to be the ghosts of a genocide that took place on the island.

The platforming gameplay is smooth as the player navigates Alex and her companions through two point five dimensional levels (think Paper Mario: The Thousand-Year Door) to save her friends and attain items that allow her to escape the island. The levels feel three-dimensional with their slopes and curves as the characters traverse mountains or take different forks in their paths. This creates a platformer structure within the game and allows the player to roam freely. Moreover, Night School Studio adds an inventive element to the gameplay by giving Alex and the player a pocket radio to solve puzzles. Setting the radio to the proper frequency reveals Easter eggs and unlocks doors.

The innovative gameplay is accompanied by haunting visuals. The picture-book-esque art style is reminiscent of a theatrical set with characters standing out against it. This imbues the game and its storyline with a levity that others lack. Hyper-realistic graphics and storylines often create a game that takes itself far too seriously. Oxenfree is clearly not such a game. The neon glow in darker scenes do enough to provide a sense of the paranormal: the crystals of the cave are awe-inspiring and the florescent green tempered by the night set a terrifying scene when one of the characters drowns.

Like many recent games, Oxenfree‘s strength lies in characterization. Erin Yvette shines in her depiction of Alex, providing the character with a sarcastic voice masking an intense anger and sadness due to personal loss in her character’s past. My one criticism is that, at times, background or non-essential dialogue that provide the characters with their rich backstories are confusingly intertwined with plot-essential events. Or worse, as a plot-heavy cutscene begins, non-player characters will continue speaking over the exposition until their scripted conversation is complete.

With 10 possible endings, Oxenfree is extremely replayable, as you can return to see how the smallest decisions (to help one person over another, for example) impact the timeline.

Ultimately, while Oxenfree is no groundbreaking redefinition of a video game genre, it defies ongoing clichés and submits a solid entry to the industry that seems to have forgotten what a video game actually is.