Our Opinion: Unity Through Tragedy at Emory

The effects of the Boston Marathon bombing have extended beyond just Boston, reaching people across the nation. We at the Wheel would like to send our condolences to those who were directly and indirectly affected by this calamity.

Moreover, we would like to commend the Office of the Dean of the Chapel and Religious Life for organizing a vigil last Wednesday, a peaceful demonstration that honored those affected by the incident. On such short notice, the vigil was well-planned and executed excellently. And this event supported religious diversity, with prayers from five different religions: Christianity, Buddhism, Judaism, Islam and Hinduism.

It is commendable that as a community, Emory was able to come together despite all of the controversy that seems to have divided different groups on campus. We are proud of the unity that is Emory; though we are geographically far away from the incident, we were still able to unite with those beyond our physical borders to show our respect. This is a reminder that regardless of what happens in this world, as a community, we are still one, and when moving forward, we should maintain this spirit of togetherness.

Though we believe that in certain respects, the social media handling of the situation was not as beneficial as it could have been, we were still able to see the human capacity to do good. For example, social media can be used as a means for awareness and support. Google+ displayed its support, as did those who engage in social media by sharing photos in order to raise awareness.

And of course, we cannot forget the people themselves who sacrificed their lives to try and save as many people as they could. As mentioned previously, there some areas of social media that were lacking. As a college newspaper, we take inspiration from other news organizations on how we should operate. Some instances of coverage of the Boston Marathon bombing is an example of what not to do. For example, 4chan launched an amateur investigation and wrongly predicted suspects. It’s as if some sources were trying to predict first rather than correctly.

The focus of the tragedy should not, at this time, be foreign policy or domestic issues. It should be not be gun control and immigration policy. Now is the time to come together, to watch positivity shine through our hearts and minds. It is a time to recognize that many people are hurting, and the best thing to do is show our support. 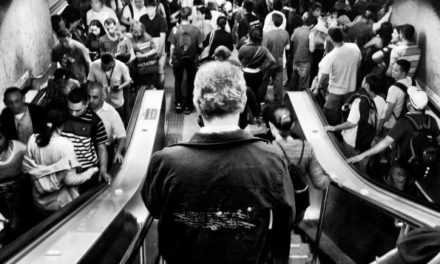