Our Opinion: The Importance of Elections

We at the Wheel feel that student elections are one of the most important occurrences that take place at the University, as these elections are directly relevant to the University. Those leaders we choose to elect serve as the voice of the student body. All representatives in the Student Government Association (SGA), College Council (CC) and the Student Programming Council (SPC) represent us as students, and we look to them for proper governance.

These student leaders meet with important administrators to determine what happens at Emory, and it is our Student Activities Fee that SGA uses to fund events and activities – which is at least one incentive to take the initiative to vote. This year, Emory had a record number of 3,321 students voting in the student government elections, beating last year’s number by a few hundred. Though this is a significant increase, we at the Wheel still feel the number could be higher. Therefore, we strongly encourage everyone to vote in these important run-off elections today and those that take place in the future.

That being said, there are still kinks in the voting process that should be fixed as soon as possible. Problems mainly center around the ballots themselves. Some students – specifically, those who have earned enough credit hours to be considered a grade above in course registration – have voiced concerns about not being able to vote for legislators for their respective class year. Instead, they are asked to vote for representatives whom they do not know much about because they are in a different graduation year. For example, if you have junior standing but will graduate with sophomores, you will not be able to vote for sophomore legislators – you will only be able to vote for junior legislators.

Those with enough incentive and time have the option to email their vote. However, this is obviously frustrating and discourages students to continue going through the process, as it detracts from the ease of an electronic ballot. Consequently, some students might start arbitrarily selecting candidates without any knowledge of their platforms. This is similar to voting for a representative of a district that is not your own in Congress. It is already hard to get students to vote in these elections, and the fact that this is a mistake that has not been corrected for years is unfortunate and has made the process more inconvenient. An editor at the Wheel asked Matthew Kuhn, the chairman of the SGA Elections Board and a second-year law student, whether the ballot issue would be fixed, and he said there are no current plans to do so. As an easy fix, we suggest that students be able to vote for legislators not by how many credits they have earned, but by the year they plan to graduate.

Additionally, we feel that opening the voting time at 8 a.m. is too early for many students, given that class timeslots around 10 a.m. are the most popular. Perhaps opening the polls at 10 a.m. and closing them at 10 p.m. would be a positive alternative, considering the fact that many students wake up and hit the sack much later than the currently-designated hours.

What is a Virtuous Life?

Bringing the Left and Right Together 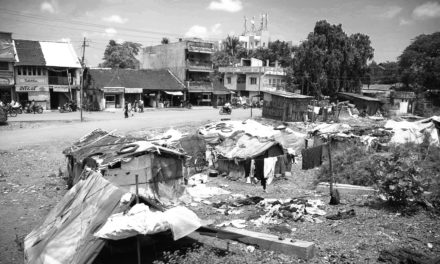