Our Opinion: Philanthropy–The Good, The Bad, The Ugly

When the Wheel editorial board sat down to discuss this week’s staff editorial, we found ourselves repeatedly coming back to two philanthropic events that occurred this past weekend: Kappa Alpha Theta (Theta) sorority’s Greek Physique and Emory Pride’s Drag Show. The former was an all-male pageant competition between fraternities to support Theta’s philanthropy, Court Appointed Special Advocates (CASA) and the latter a showcase of the drag performances of numerous campus organizations. All of the proceeds from the evening went to the local charity Lost-N-Found, a philanthropy that aims to support and find shelter for homeless Lesbian, Gay, Bisexual, Transgender and Queer (LGBTQ) youth.

Then we realized that a juxtaposition of the two events is appropriate because they were both billed as philanthropic and performative – but each took very different approaches in terms of what messages they projected to the University community. The Drag Show attempted to create a safe space for gender expression while breaking down gender norms and hierarchies. Organizations ranging from Residence Life and Housing to the Student Programming Council (SPC) – and including undergraduate, graduate students and staff – performed dances and songs in costumes mimicking the opposite gender.

In contrast, Greek Physique promoted the very norms the Drag Show was trying to deconstruct. Many of the acts called out fraternities and sororities – and even specific members of those fraternities and sororities by name. One member of Kappa Alpha Theta was called out specifically for having “tamed” her boyfriend during one act, while another performer from the Sigma Nu fraternity listed off several “physically desirable” sororities and then referenced another as “having good personalities.” Moreover, the pageant was extremely heteronormative in a number of ways. Only male-identified students in Greek life were allowed to participate. Some performers engaged in discriminatory behavior, calling out other fraternities for being “gay,” as if it is a derogatory word. In particular, participants repeatedly referred to Alpha Tau Omega (ATO) fraternity as “Gay-T-O.” Moreover, performers made light of the philanthropic nature of the event to justify some of their behavior, saying it was “for the kids.”

According to College senior and the event’s Chief Marketing Officer Celeste Banks, the performers were instructed several times to keep their acts “politically correct” and were even asked to submit scripts to event leaders. Apparently, such preventative measures were not enough to keep representatives from some fraternities from using the event as an excuse to air callous and poorly-written humor. It is unfortunate that the inventiveness of some acts – such as Kappa Alpha Psi’s dance routine, for instance – were overshadowed by the offensiveness and thoughtlessness of others. We at the Wheel feel that the performances at Greek Physique were offensive and inappropriate and certainly representative of neither the overall Greek community nor Emory’s values. While we do not feel there is a problem with Greek-exclusive events, it is highly concerning that an event that was supposed to promote an admirable philanthropic organization, CASA, perpetuated negative Greek life stereotypes, ignited social warfare and displayed blatantly prejudiced behavior.

The stark contrast between Greek Physique and the Drag Show is a great launch pad for a discussion about inclusivity and tolerance. We commend the Drag Show for inviting all members of the community to participate – including other campus organizations and University administrators. We highly encourage Theta to institute a more rigorous approval process for Greek Physique in the future in order to ensure the event is a safe space – one that is aligned with the values of Emory. We would also love to see the Drag Show grow as an event but in the future would recommend that event organizers hold more rehearsals and enforce a time limit on all acts. These measures would ensure that the performances are as polished as possible.

As ethically-engaged members of the Emory community, we ought to hold each other accountable for causing harm. We all should also hold each other to a higher standard of promoting safe spaces on campus. 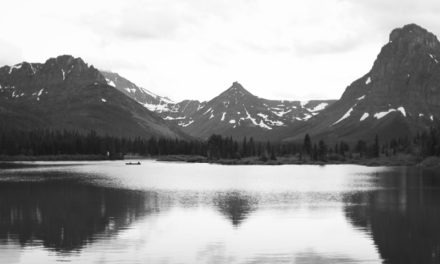 Dismantling the Government’s Definition of Wilderness